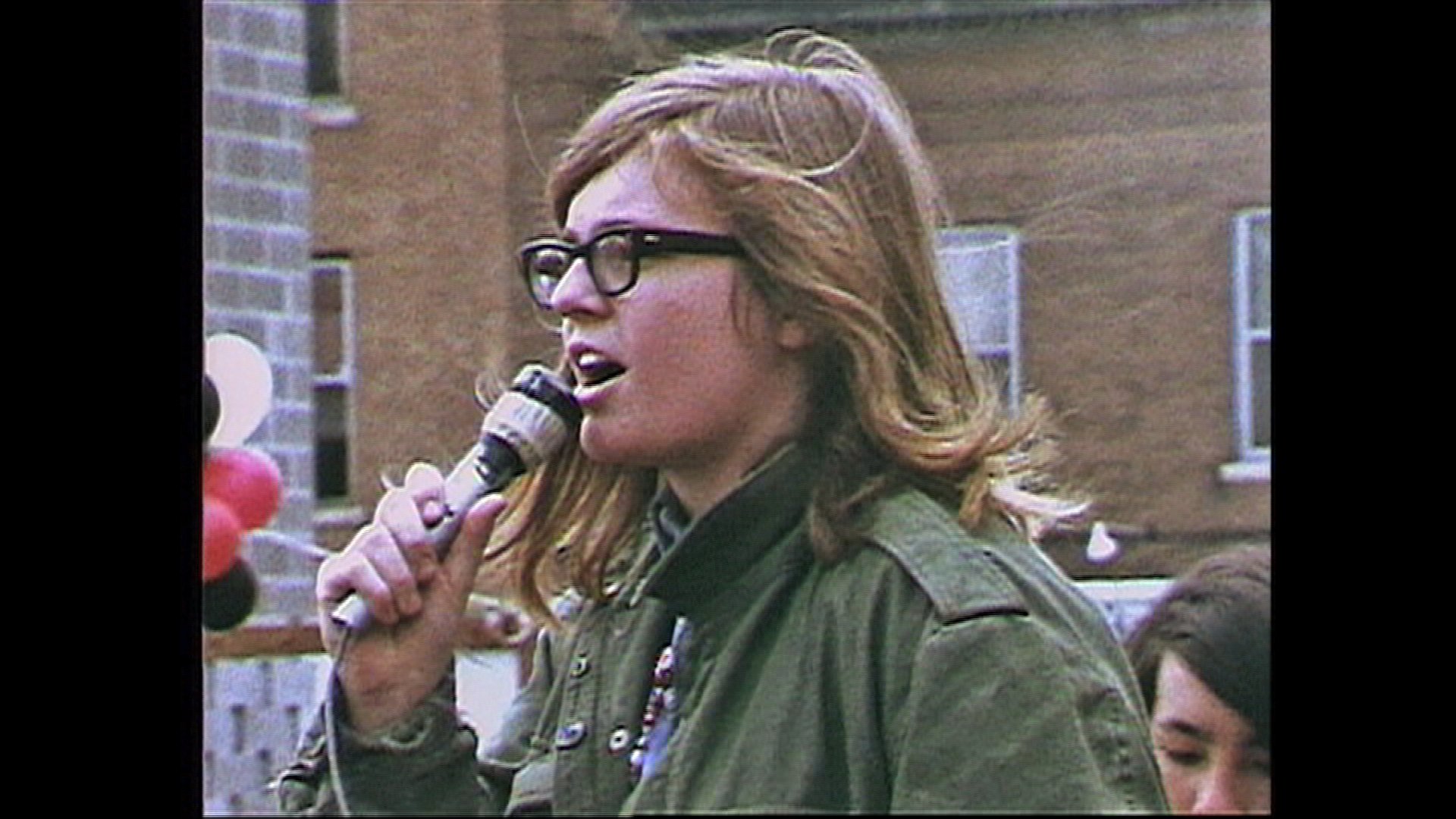 Al Milgrom spent 50 years introducing Minnesotans to films they would not otherwise see and now he’s working to show them the history they’ve forgotten.

“When I’m talking to kids in Dinkytown,” says Milgrom who has spent most of his 92 years around the University of Minnesota, “they have no idea what went on – right there on the sidewalks they walk on, on their way to the U.”

To improve their historical awareness, Milgrom will premiere his own film, “The Dinkytown Uprising,” at 6 p.m. April 12 and 2 p.m. April 20 at the Minneapolis St. Paul International Film Festival, an event he created 34 years ago.

The festival, which opens April 9 will screen more than 200 films this year at the St. Anthony Main Theater in Southeast Minneapolis.

Milgrom’s first feature-length documentary tells the story of a month-long protest in 1970 that involved a cast of hundreds, perhaps thousands, to protest the demolition of small businesses and the construction of a fast-food restaurant in Dinkytown, a quaint business district adjacent to the University’s Minneapolis campus.

“The whole idea was there was a ‘70s generation of activists, idealists – some went so far as to call themselves revolutionaries – who aren’t here anymore,” Milgrom said. “This was the baby boomer generation that was liberal politically. They ended up out of step with the conservative turn of the United States, even today.”

“The Dinkytown Uprising” has literally been 45 years in the making, beginning when Milgrom filmed the takeover of two Dinktytown buildings on April 1, 1970, by protestors who wanted to prevent their demolition to make way for a Red Barn fast-food restaurant. Five small businesses, including a shoe-repair shop and Lou’s Diner, had been evicted from the buildings.

Milgrom and his 16mm Éclair movie camera stayed with the protestors for more than a month, filming their activities, interviewing participants about their ideals and goals, and witnessing as police in riot gear forcefully evicted them in the dark at 4 a.m. on May 6, 1970, while bulldozers took down the buildings.

Later the same day, he followed demonstrators to a Red Barn restaurant near Oak and Washington on the other side of campus the where protestors were arrested when police forcefully cleared the sidewalk. Within a day, protestors also created a park and planted a “peace garden” on the cleared site. Some roasted wieners over an open fire and others put up antiwar messages and a blue-and-red poster labeled “Dinkytown Occupation Forces.”

Milgrom’s contemporary interviews intersect with interviews made over the years as people reminisced, explained their behavior and reflected on how the Red Barn protests affected their lives.

In the film, Dr. David Pence, a Mankato physician, chuckled as he watches a video of himself 40 years earlier calling through a megaphone for revolution. “We saw that restraining orders and petitions weren’t going to work,” Pence said. “We were in a time of trying to build a new community of ‘love and peace’ against a community of ‘militarism and money,’” Pence said, adding that he no longer talks or thinks in those terms. And, he said, the actions supporting small businesses were not revolutionary.

His sister, Ellen Pence, joined the Red Barn and antiwar activities to follow her brother. Unlike him, she continued to work for social justice causes until her death from cancer in 2012. Facing death after her diagnosis, she said, she meditated on her life, “and I always come back to this time.” The civil rights movement, the antiwar movement and the women’s movement brought great social change, she said. “Very few people can say that in their life major social change happened, and I got to be involved in it.”

Milgrom evokes poignant feelings from some whom he interviewed, and he’s sure to spark some from the audience, especially among people who lived through the events.

He interviewed the late Professor Allan Spear of Minneapolis, who served 27 years in the Minnesota Senate, before he died in 2008. “In those days, it didn’t take much to get me up on a box and to put a microphone in my hand,” Spear said, adding that he had not yet been elected to political office. “Red barn was seen as a big corporation … we said the Red Barn was doing to Dinkytown what the United States military was doing in Vietnam. … It sounds far-fetched. It was far-fetched.”

News reports kept local anger alive. President Nixon announced the U.S. invasion of Cambodia on the same day as a local court issued an order evicting the protestors for trespassing. The forced removal of protestors came a day after National Guardsmen killed four antiwar protestors at Kent State University in Ohio. A photograph of Ellen Pence’s arrest at the Red Barn on Oak Street appeared in Time magazine in a collage of national photos of antiwar protests. In the photo, she appears to be choking because of the officer’s baton on her neck.

Local social change also played a role. Milgrom reports that Dinkytown was once a few blocks of “ma-and-pa shops, small businesses and bookstores.” During the late 1960s, Spear added, Dinkytown had become more counter cultural than the small business district it once was. Nonetheless, several protestors discussed how Dinkytown felt personal, like a small town a block away from the large University campus. It was like nowhere else, with locally owned small businesses.

The film will be shown as part of the Minneapolis St. Paul International Film Festival, MSPIFF, that opens April 9.

Allen Spear speaks at the Red Barn in 1970