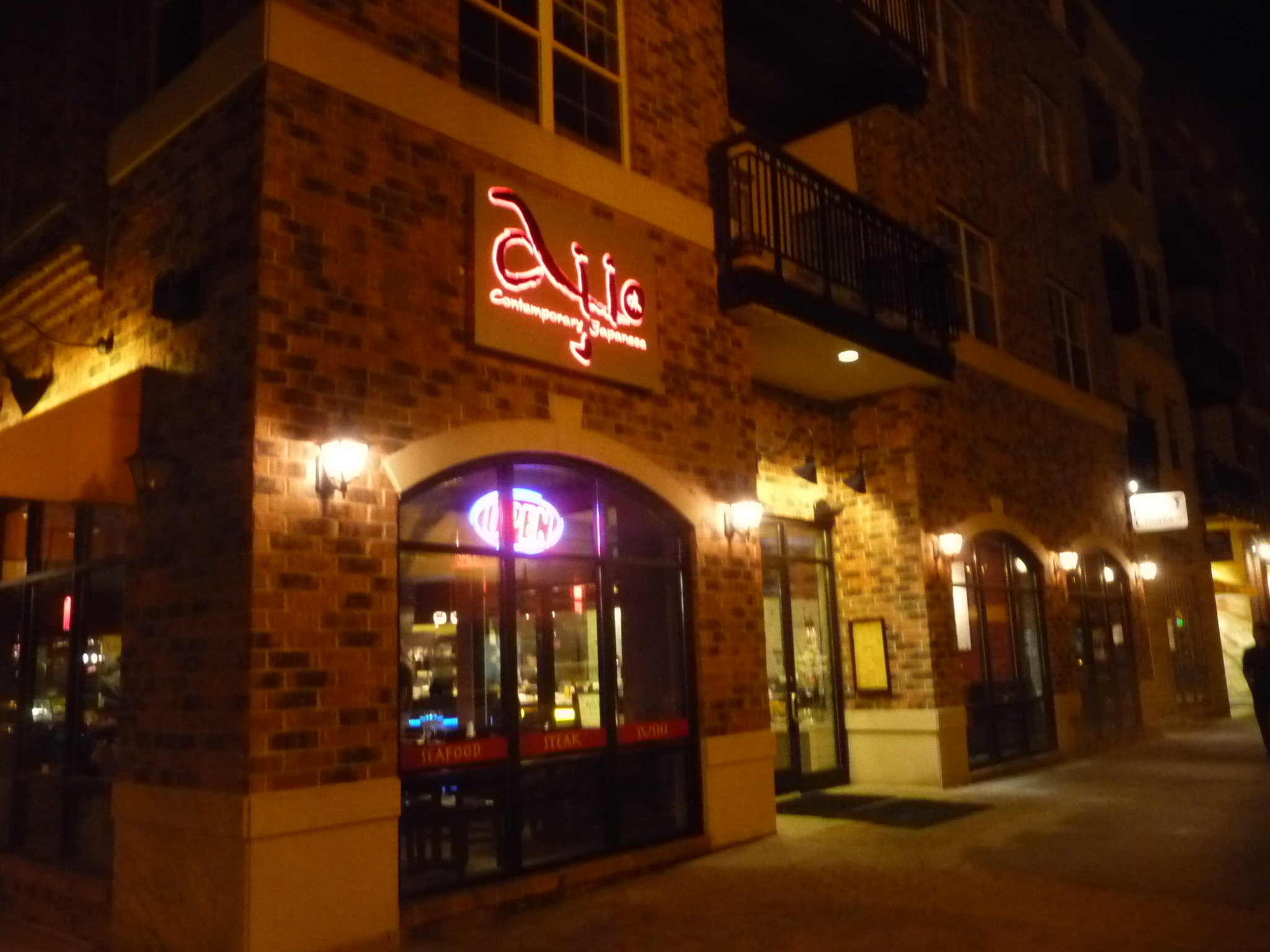 (Note: Aji Contemporary Japanese has changed some of its prices since this article was originally posted and the sushi and salad bar is no longer included in the price of hibachi entrees at dinner.)

It’s nice to see Hopkins making a gastronomic comeback. A year or two ago, it seemed like all the news was bad – we had the closings of Gusto Cafe and Wine Bar, Trattoria Michaelangelo, and even the venerable Jack Yee’s. That pattern has been reversed, with the openings of Samba Taste of Brazil, Curry ‘n Noodles, and now Aji Contemporary Japanese restaurant.

I have to admit that my quick visit to Aji Contemporary Japanese was a very pleasant surprise. I have developed kind of a bad attitude about sushi in general, as it has made its way downmarket from exotic delicacy to supermarket commodity. And the idea of all-you-can-eat sushi makes me think of cheap Chinese buffets, which turn out low-budget “specialty” rolls with minimal actual seafood content in a feedlot-for-humans setting. 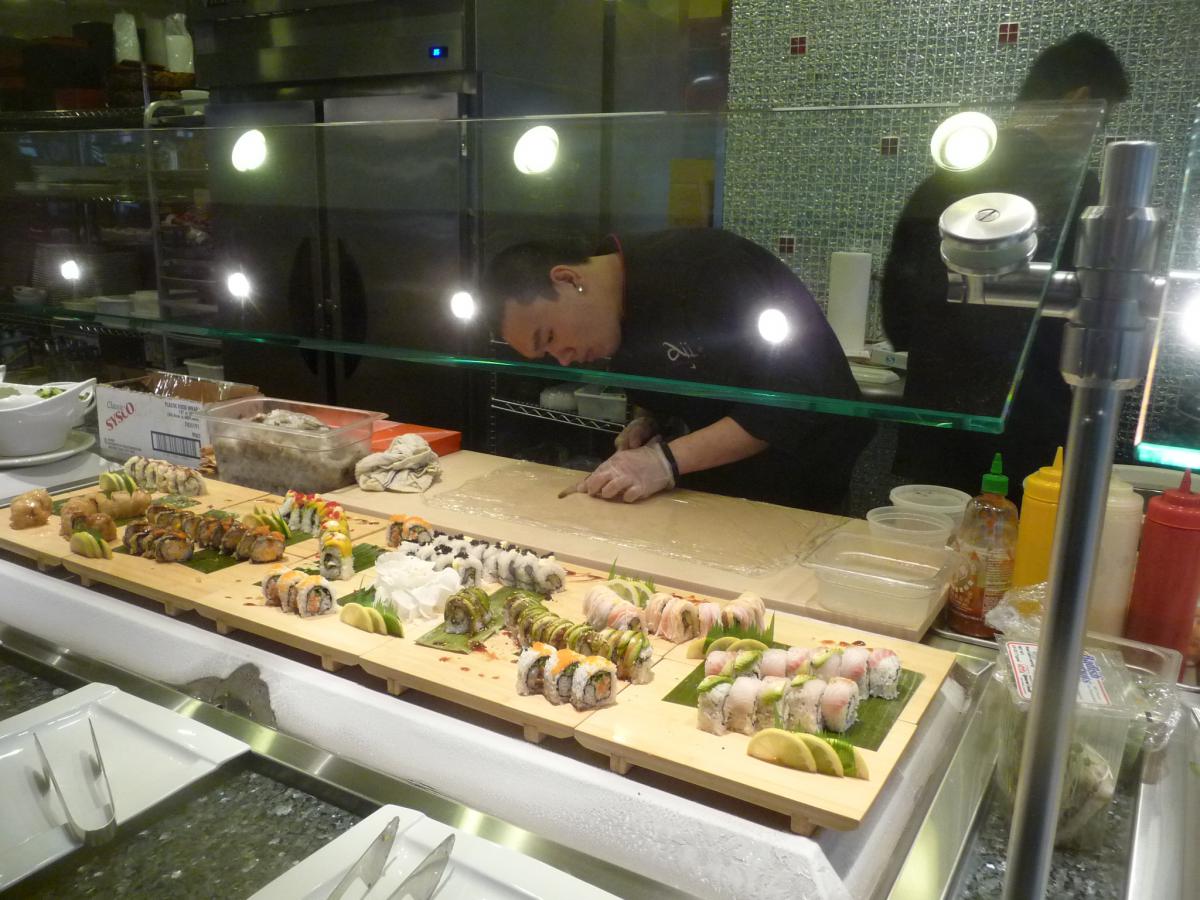 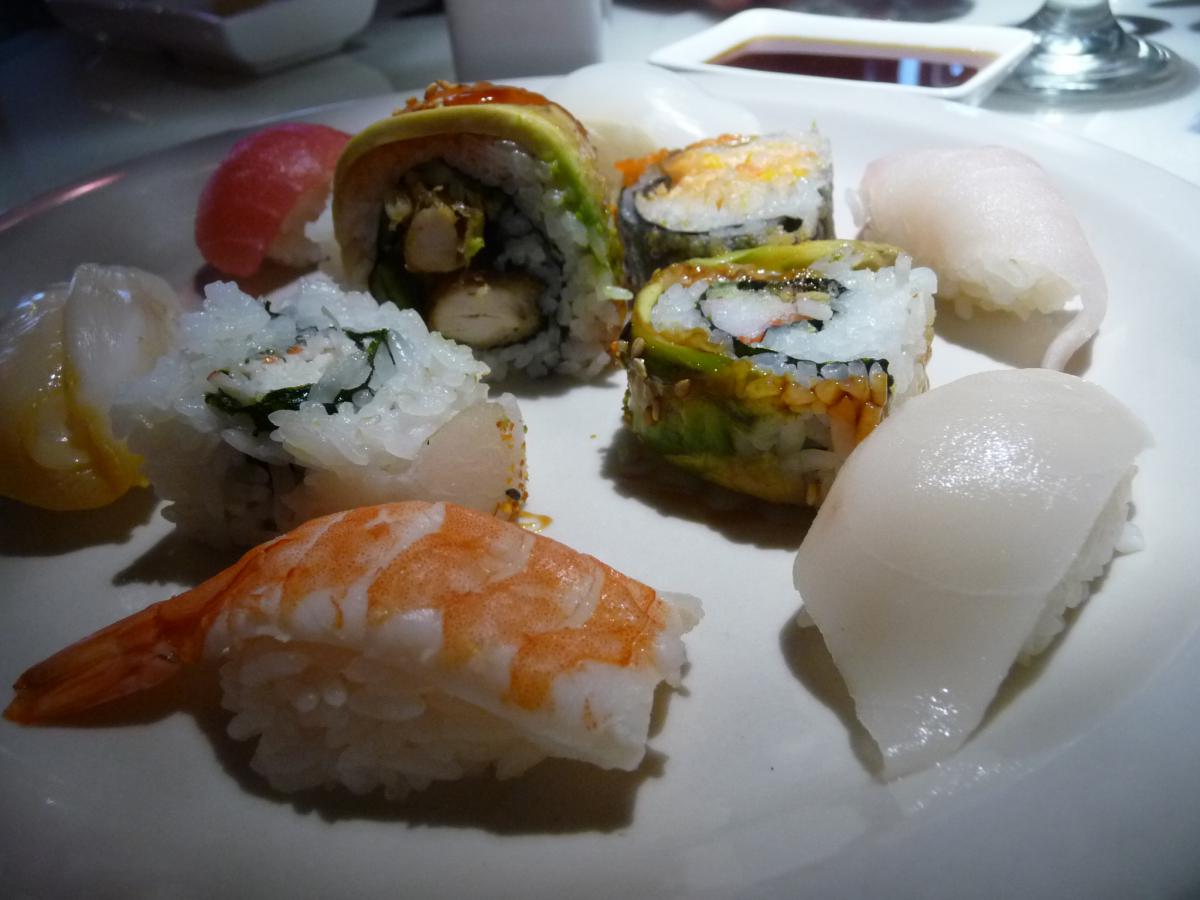 Most of the sushi I’ve had recently tastes pretty much the same to me – except for the sushi at Masu, which seemed to be a cut above the rest, and the sushi at the aforementioned Chinese buffets, which is several cuts below. I’d rank the sushi I sampled at Aji to be about average – and good enough to be enjoyable. What differentiates Aji from most of the other sushi bars I have been to lately is the very reasonable prices, and the very attractive bistro setting. 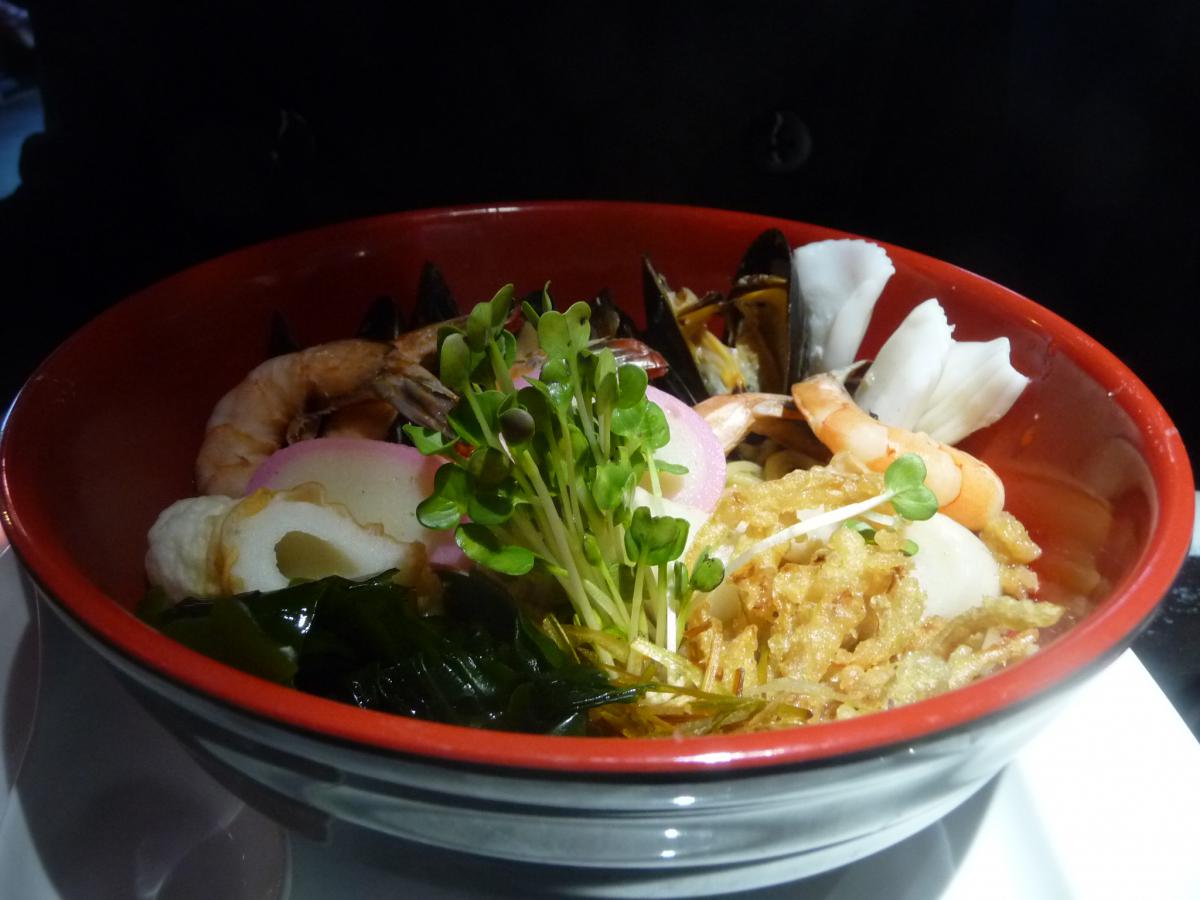 Aji does offer a nice assortment of meal-sized noodle soups ($8.75), including ramen, soba, and udon. The seafood ramen soup, shown here, offered generous amounts of mussels, squid, shrimp and fish cake, with the tempura vegetables on the side. The tempura breading was properly crisp and delicate, and not at all greasy. My only complaint is that there wasn’t enough soup stock, but that would be easy to fix.

Most of the menu is pretty standard fare, but there is one menu item that you won’t find at every Japanese restaurant – Hiroshima yaki – more commonly known as okonomiyaki – a thick pancake made with eggs and onions, available plain ($5.50) or with toppings of beef, chicken, shrimp or seafood ($7.50 to $10.75). It’s actually a bit boring, but it does have one memorable quality – it’s topped with shavings of smoked bonito, so light and thin that they undulate in the heat rising from the dish. Kind of spooky.  (I tried to capture it in a video, but the file disappeared.)