Seven candidates for Mayor at a forum in the Hale Page Diamond Lake neighborhood agreed that the City of Minneapolis urgently needs to attract residents and businesses. Only one candidate mentioned airport noise. None of them mentioned any problem with MSP with respect to economic growth. 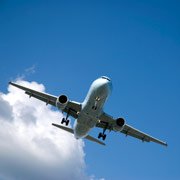 I know that former Hennepin County Commissioner Mark Andrew and several City Council Members are aware that high fares for local passengers — people flying from here or coming here for business or leisure — are a serious problem. They weren’t asked about the impacts of airport operations or noise at the HPDL forum.

Elevated health risk and lower school performance near airports is well established by science. It was a mistake for Mayor Sharon Sayles Belton to support expanding Minneapolis-St. Paul International Airport (MSP). Now, a decade later, the “MSP expansion” has had some very negative consequences for neighbors and it seems ticket prices are sky high. We can’t very well go back, but the best public policy surely isn’t more noise and more insulation.

After the forum, at least four neighbors told me they “will be moving away” because of increased overflight noise the past two years. They all live in insulated or partly treated homes in or near the Hale Page Diamond Lake neighborhood. Their children attend neighborhood schools where overflights interfere with learning.

In part, this is a problem of public policymakers own making. Public bodies routinely approved MSP capital improvements, always enlarging aspects of the hub for 12 years running. The city should have been doing more in raising objections to noise impacts during the MAC’s Annual Assessments of Environmental Effects.