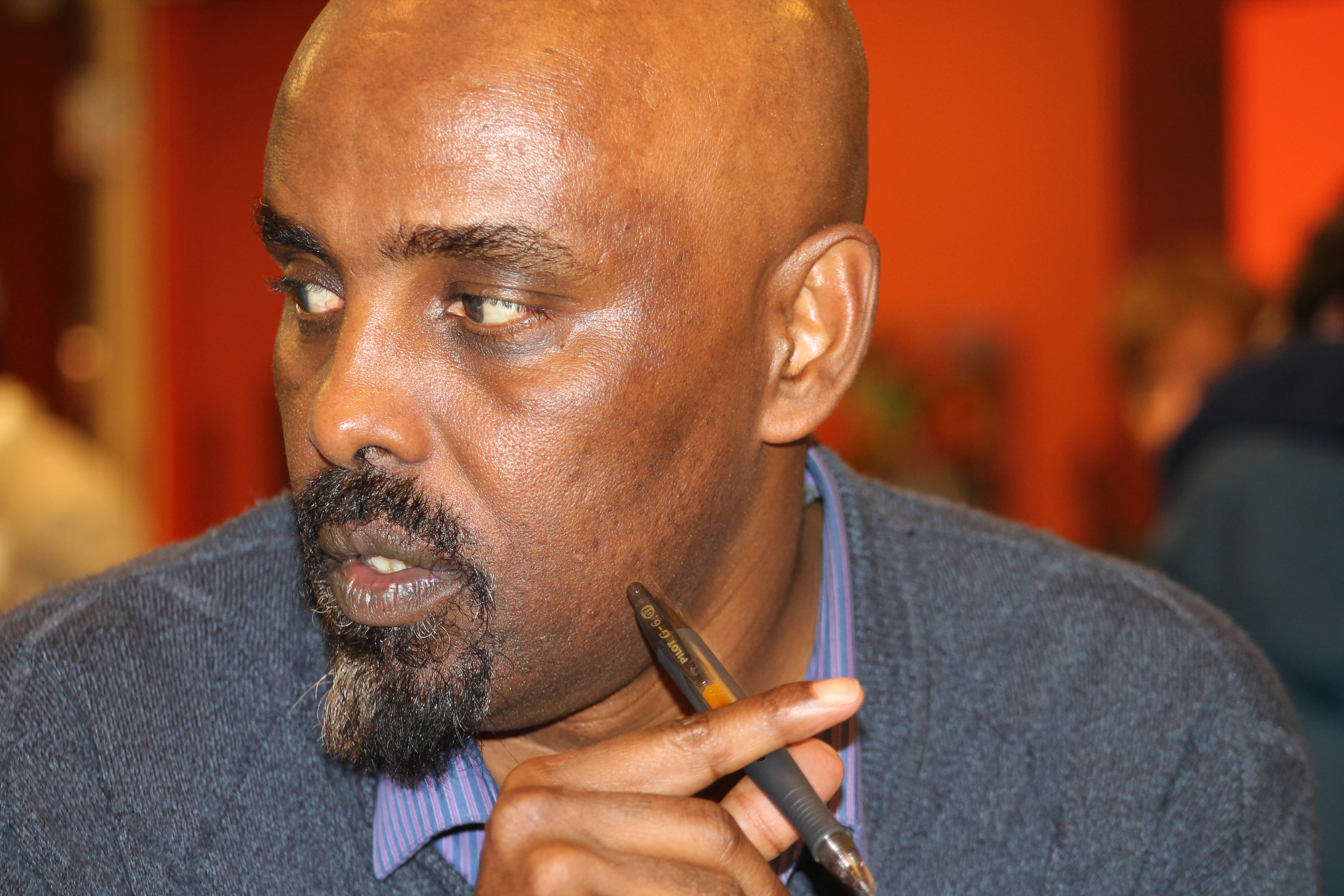 Minnesotans who were curious about what drove the largest concentration of immigrants from the East African country of Somalia to snow-covered Minnesota gathered January 24 at the African Development Center (ADC) in Minneapolis.

Nearly 100 people in attendance sought answers from Ahmed Ismail Yusuf, the author of “The People of Minnesota: Somalis in Minnesota,” which is the latest in a book series published by the Minnesota Historical Society Press documenting the lives of Minnesota communities. The series includes titles focused on African-Americans, Hmong, Jews, Ojibwe and Swedes, among others.

In partnership with the Minnesota Historical Society, ADC hosted Minnesota communities to celebrate the book’s January release and to join Yusuf for book reading and signing.

Three words were an integral part in drawing the community in Minnesota, Yusuf told the audience, consisting of Somalis and Americans. The words are: sahan, meaning pioneer; martisoor, or hospitality; and war, which means news.

In early 1991, when Somalis started fleeing from the civil war in their country, they flocked to the United States and scattered throughout the country. At that time, San Diego housed the largest group.

Because of the high cost of living in San Diego and the high unemployment at that time, Yusuf said, Somalis had to search for a place where they could find employment for low-skilled workers and save money to support their families at home.

One group from San Diego discovered well-paying jobs at a meat and packing company in Marshall, Minnesota. They were hired on the spot. Through word-of-mouth, another group joined them, then another one followed and another one after that.

Now, Minnesota has an estimated Somali population of 70,000, the largest number in the country, and possibly in North America.

“They came, they seized, they settled,” Yusuf said. Now, “their kids are navigating [through the higher education system and professional career options], speaking English with an American accent, and they’re proud of it.”

For some non-Somalis, who serve the community, the book is a reference.

“I work with little kids,” said Amged Yusuf, project coordinator with Minneapolis-based Project S.E.L.F. (Safe, Educate, Liberate, Free). “I’m sure the book will give me many answers about the community that I don’t have right now.”

Books are available for purchase at the Minnesota History Center store or at local bookstores.