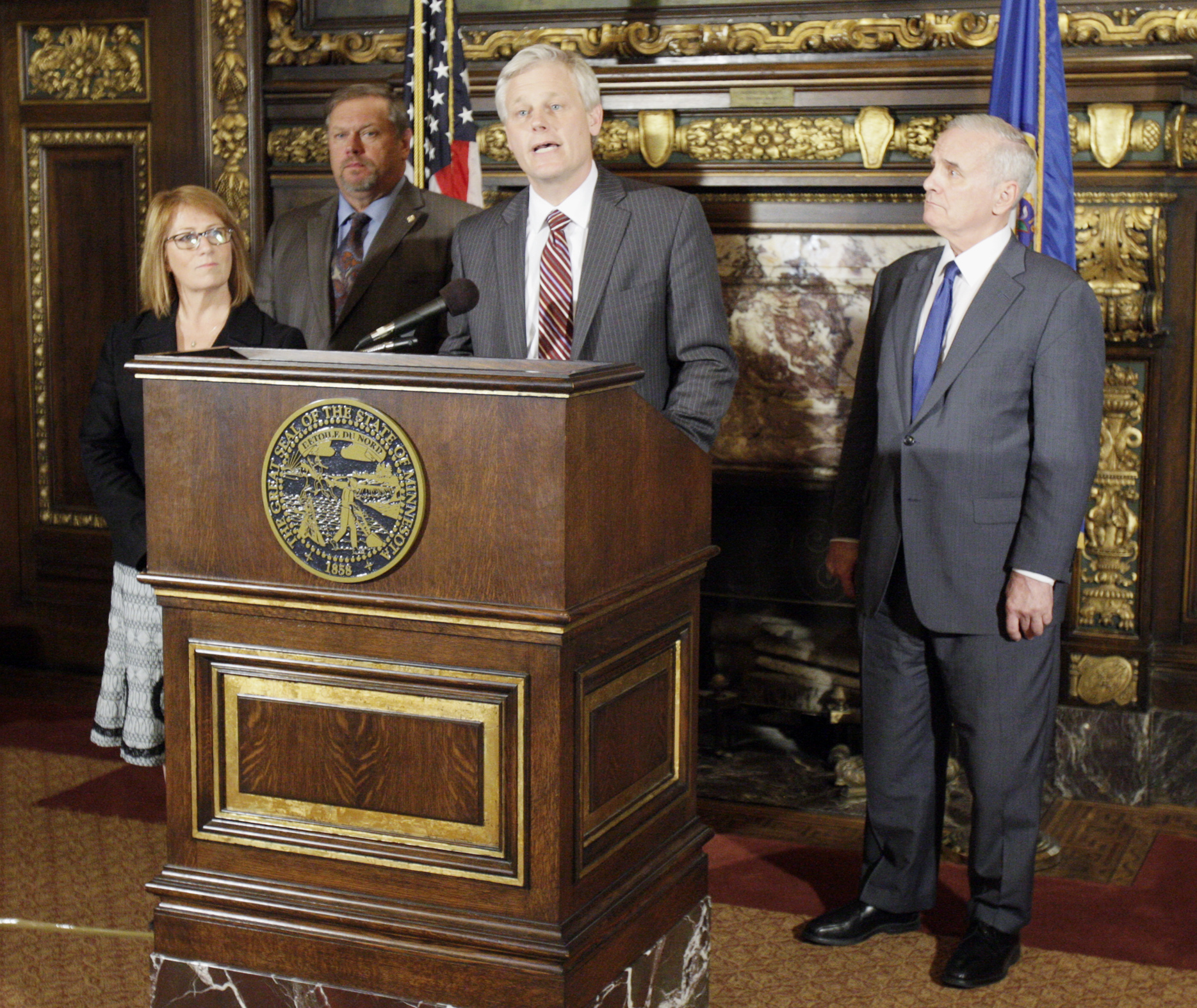 House Speaker Paul Thissen announces May 16 that legislative leaders and Gov. Mark Dayton have come to an agreement on the details of the omnibus tax bill. It includes a 2 percent increase in income taxes on the top 2 percent of earners and a $1.60 increase in the cigarette tax. (Photo by Paul Battaglia)

Legislative leaders and the governor announced an agreement on how they want to raise the $2 billion in new revenue to balance the next biennial budget.

“This puts us in a very good place to end the session on time,” House Speaker Paul Thissen (DFL-Mpls) said during a press briefing Thursday night. Although a new fourth-tier income tax rate on the state’s highest earners has been part of the mix since the start of budget negotiations, it has been unclear until tonight what that rate would be — 9.85 percent. That is higher than the House’s original position of 8.84 percent and lower than the Senate’s proposal of 10.7 percent. The 2 percent surcharge on those taxpayers to pay off the money the state owes the schools has been dropped. Gov. Mark Dayton said that money will be allocated this biennium toward a payment, and he expects to have the debt paid off during the next biennium.

While new taxes on alcohol have been dropped from the bill, cigarette smokers are likely to pay about $1.60 a pack more — a House position. Additionally, smokers could be subject to new taxes announced today to fill any funding shortfall to pay the state’s share of the stadium for the Minnesota Vikings.

While the taxes conference committee will be charged with closing some corporate loopholes, businesses could benefit from the upfront sales tax exemption on capital equipment.

There are no new consumer sales taxes being proposed (a Senate position), and the bill will eliminate sales tax payments for cities and counties. But three new business-to-business taxes have been retained. They include the provisions related to warehouses, electronic repairs and telecommunications.

Friday, the tax conference committee is expected to finish work on the omnibus tax bill, HF677*/ SF552, which is sponsored by Rep. Ann Lenczewski (DFL-Bloomington) and Sen. Rod Skoe (DFL-Clearbrook).