We always go to the Afton parade. It is nearby, and it is the only parade I know that you can watch twice – the units double back down the same street, and pass each other.

Today I went by myself. It was just too hot.

This is a major election year, and this day I was mostly aware of the politics of the parade.

I was looking for one specific unit that had been in the parade last year: a gray-bearded surly looking guy alone in a convertible with a “Don’t Tread on Me” banner.

No such character this year, though he certainly had no reason to do much preparing.

In fact, the always civil crowd seemed even more civil than usual. I had expected at least one Glen Beck disciple prepared to toss somebody into the nearby St. Croix, but none such. The patriot wear was there, of course, but nothing ‘in your face’. Every now and then I’d hear some quiet chatting (“who you going to vote for?”), but this was infrequent. The candidate units that went by were treated respectfully, though there weren’t many in attendance.

It was simply a nice day, albeit too hot.

And when it was over we all went home.

Some photos from the parade, and at the end a letter from yesterday’s Star Tribune, and my (hoped for) published response: 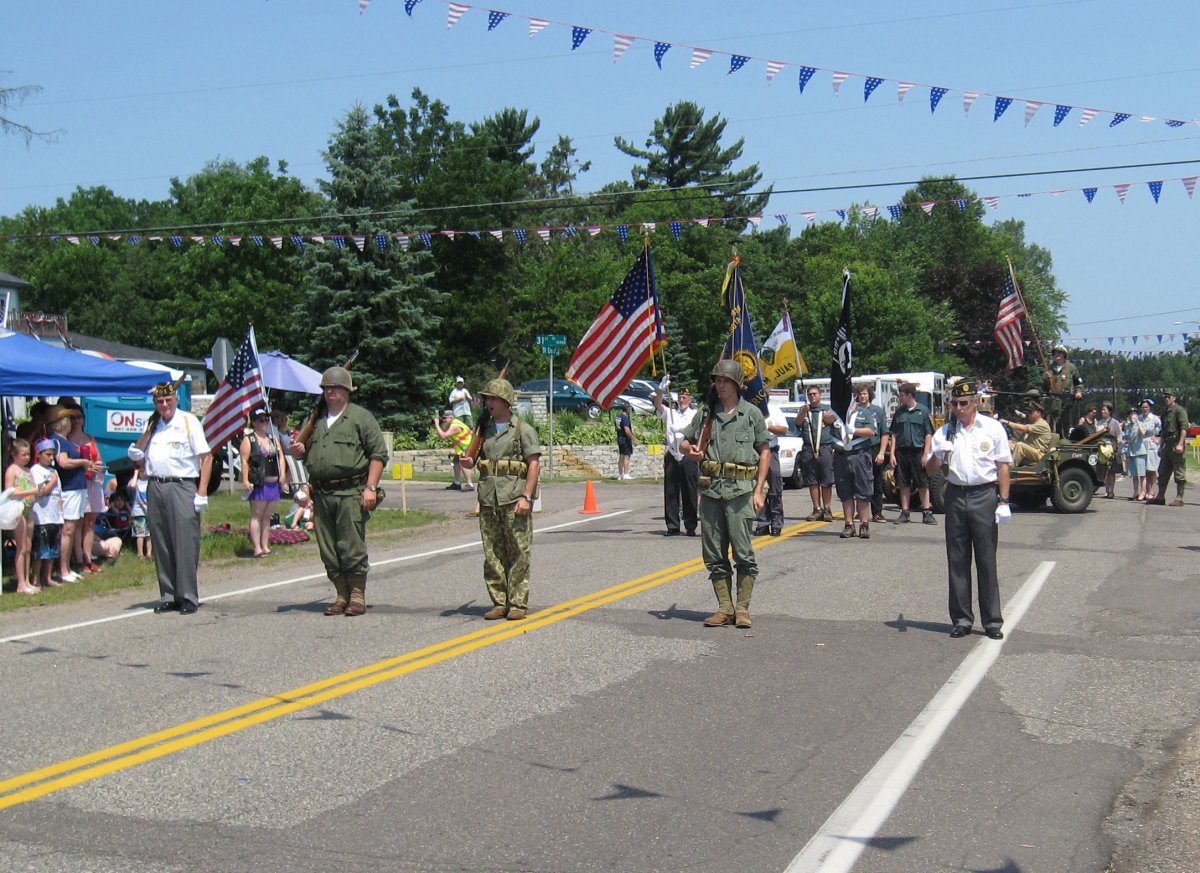 The traditional color guard leading off the parade. 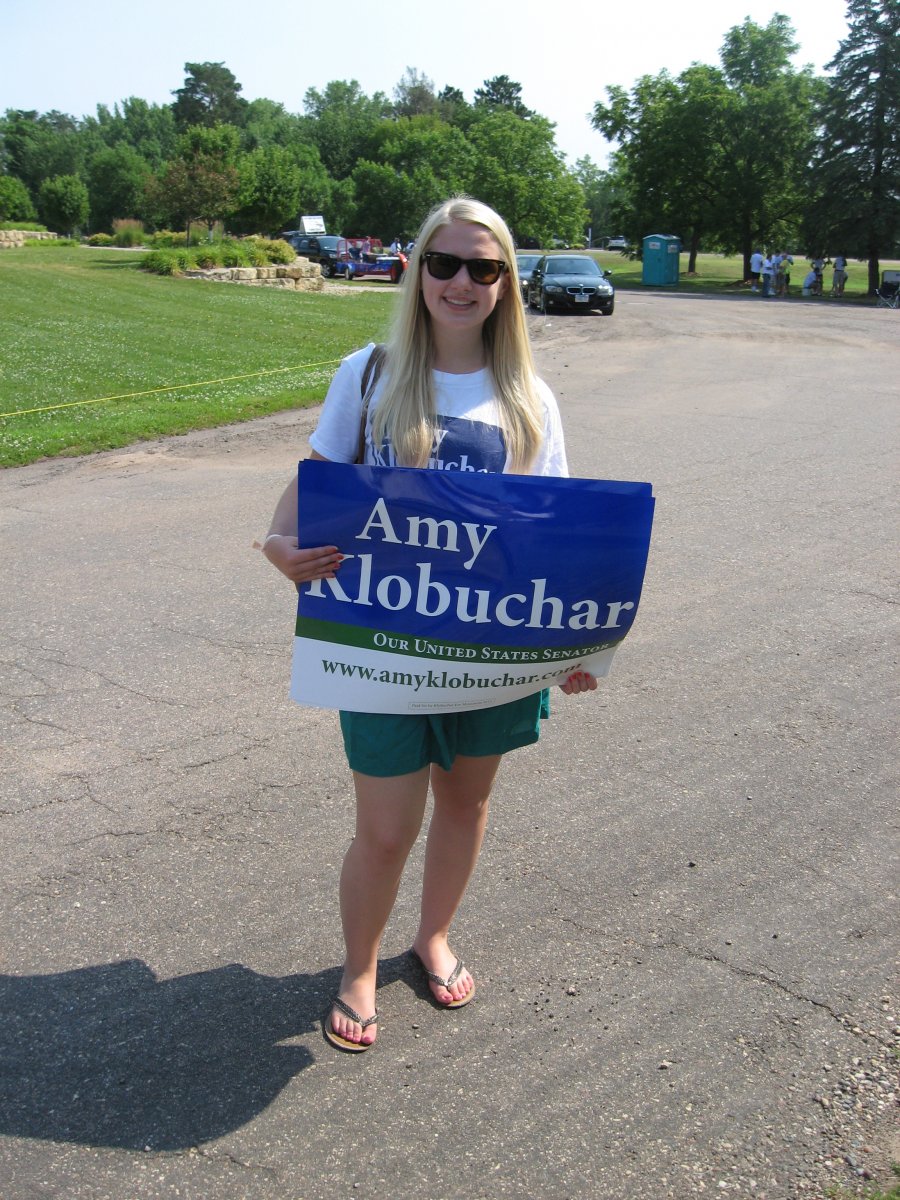 The essential person in any campaign activity: the staff coordinator. Whether the event is small or large, someone has to be in charge. This young woman did a great job. (I was on hand to possibly walk with the Sen. Klobuchar unit, and was willing, but was thankfully spared the duty.) 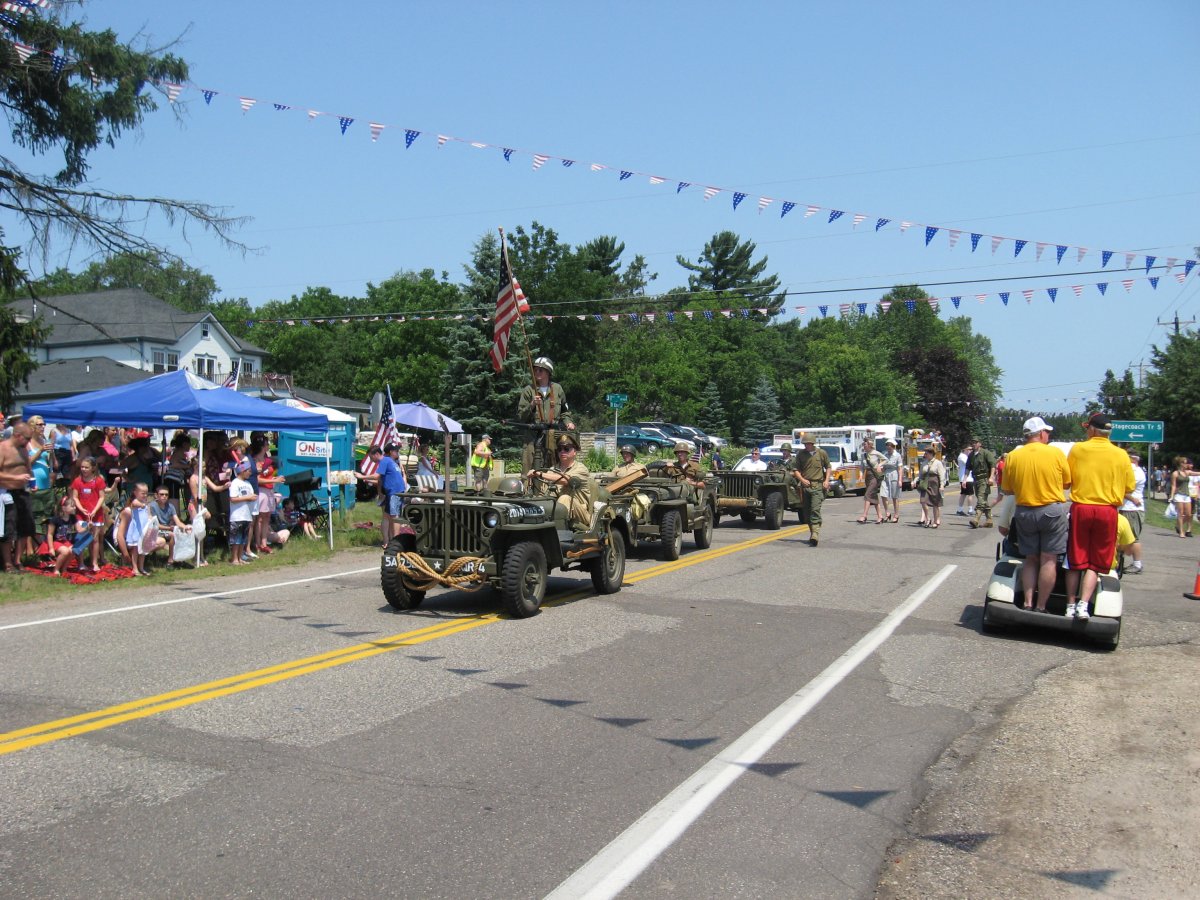 The WWII reenactors. The driver was proud of his Jeep, noting especially the vertical rod he’d installed for catching unseen wire. He was on a cell phone and we joked about that, and he showed me the old walkie-talkie he’d redesigned to hold his cell phone, so he could pretend more realistically. It occurred to me that I rode in those jeeps when I was actually in the Army. Though I was never in combat, the reality is much different than the fantasy, and as the number of veterans of ‘real’ wars decrease, it is easier for people to fantasize about of the glory of pretend wars. It is a dangerous fantasy. 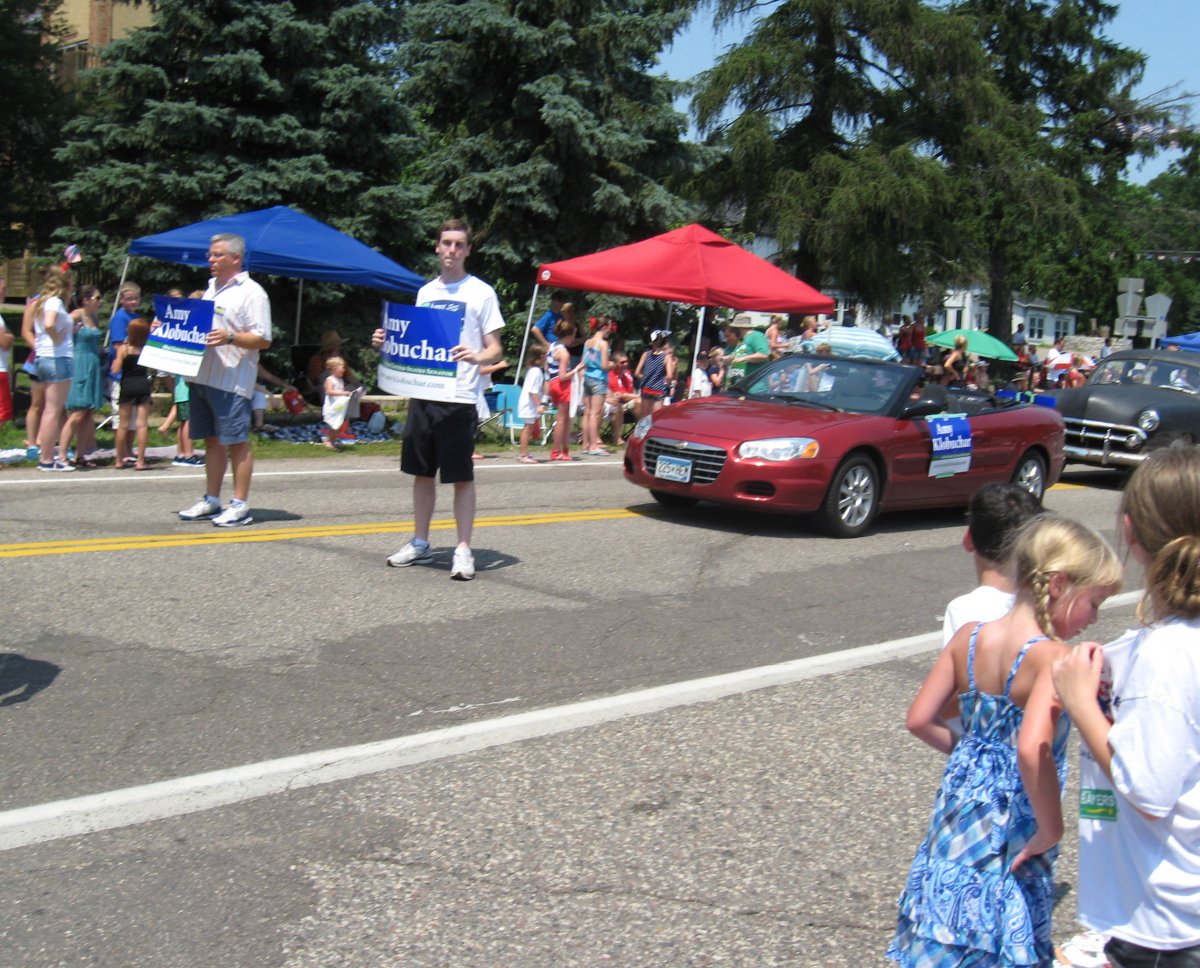 The Sen Amy Klobuchar unit in the parade. I felt they made a positive impression, though few in number. At the same time, because of the conditions, I don’t think anyone faulted any other candidates for not showing up.

For an election year, there were few political units in this parade. 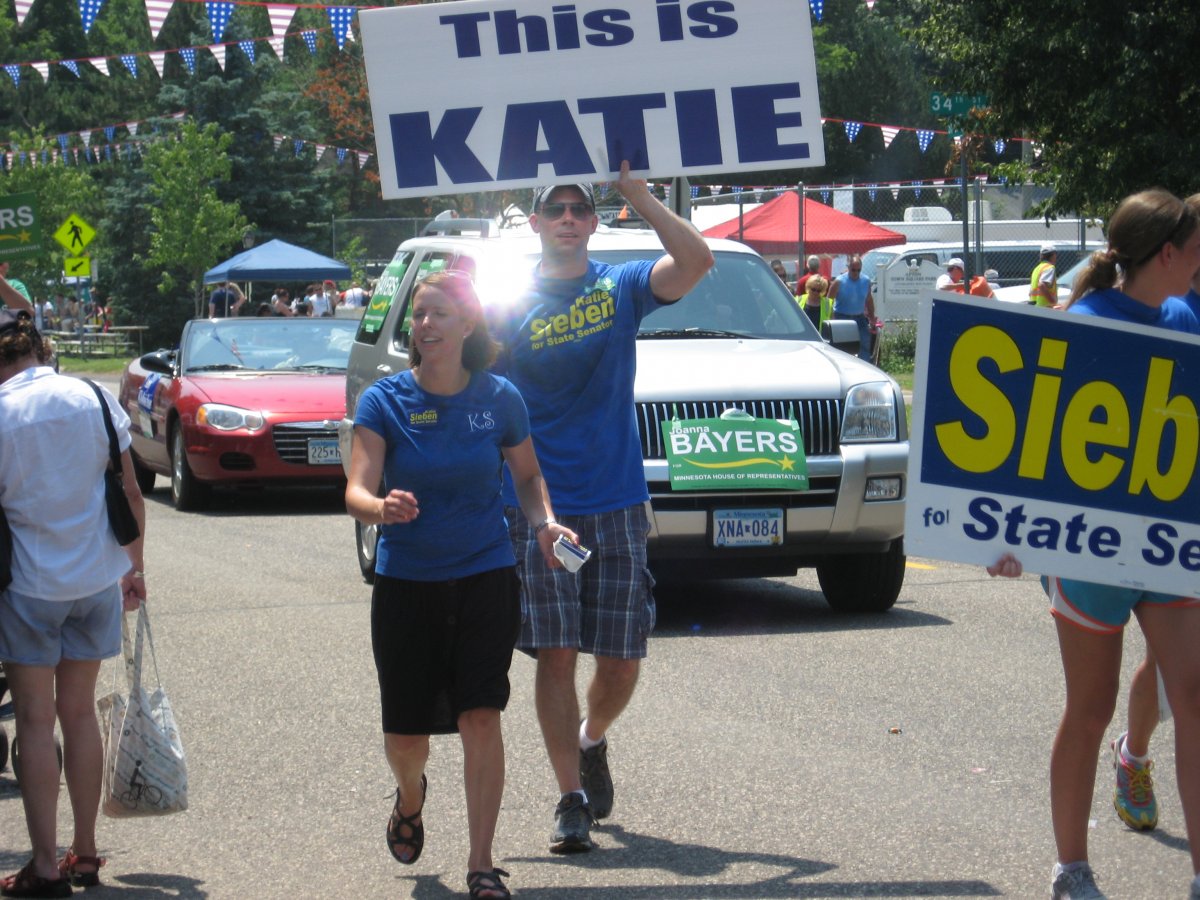 Local candidate Katie Sieben kicked into overdrive at the end of the parade. They ran. It was impressive, but they didn’t have any competition. You need energy to campaign, but this was over-the-top!