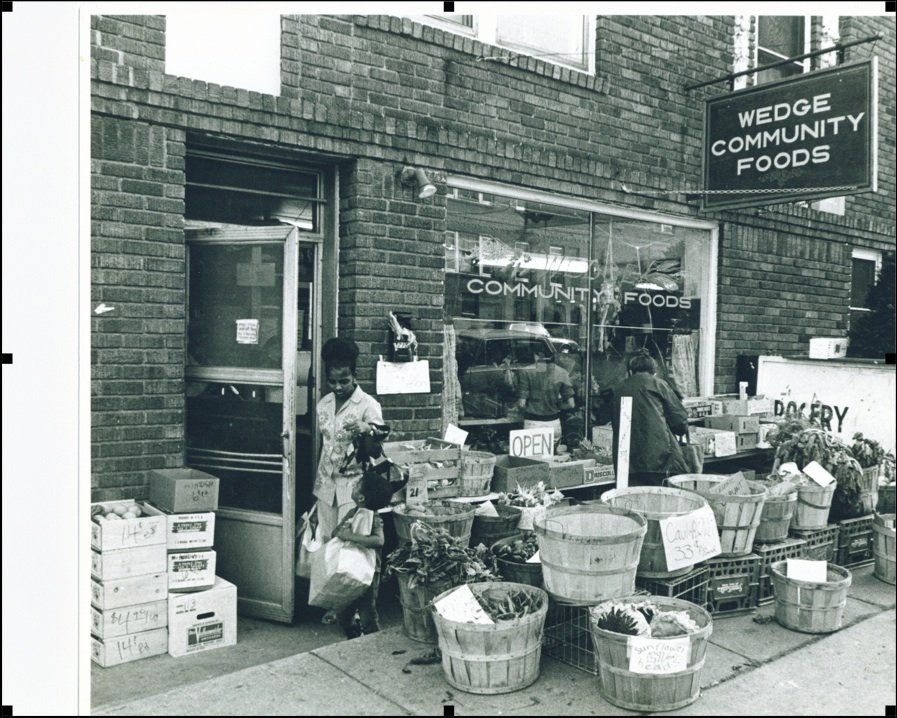 “There were two African American owned co-ops in the Twin Cities,” according to Gary Cunningham, former staff of the old Bryant-Central co-op. Gary’s uncle, Moe Burton, was the energy behind the co-op that formed in 1975 on the corner of 35th Street and 4th Avenue.

Decades earlier, in 1946, the Credjafawn Social Club formed the first African American Co-op, the Credjafawn Co-op, which was located a few blocks from the current Mississippi Market Co-op location at Selby and Dale.

St. Peters AME church member and Central community resident, Gregory McMoore became concerned when he learned from a Wilder Foundation report that found that you can predict the life expectancy of people by their zip code. Growing food on his family’s farm in Wisconsin, McMoore now delivers fresh vegetables weekly to members of his Happy Acres CSA farm.

Gregory McMoore is committed to bringing good food into the Bryant community. McMoore is the architect behind a collaboration of local churches in Bryant concerned about healthy food access and economic development called the 40th Street food corridor. Currently a consultant for corrections institutions, McMoore spent the summer of 2013 working with St. Paul COGIC, St. Joan of Arc and local residents to convert the underused lot on 40th and 4th into an urban farm site.

And what about the Seward proposal?

McMoore said that the Seward Co-op proposed store “is an opportunity to not just buy food but to create other business opportunity for local entrepreneurs and to become owners of a successful business.”

Evette McCarthy is president of the 38th and Chicago Business Association and a long time Bryant resident. McCarthy thought, “Here they go again.” McCarthy believes that the co-op is a “good thing as long as they (Seward) address the needs of the community.” A plan for engagement would have to include “marketing the store to the community, making sure that the hiring process is accessible”. McCarthy added that “If the store doesn’t reflect the neighborhood, it would be a little suspicious.”

As a business owner, McCarthy sees that education beyond food choices is important. She said that many do not understand what a co-op is and how they can be a part of it.

Seward Co-ops leadership has participated in the community led process that has included presenting the expansion plans to south Minneapolis neighborhood residents. Additionally, Seward Co-op has developed partnerships with Bryant community based organizations and churches to address issues of food access, jobs and cooperative economics.