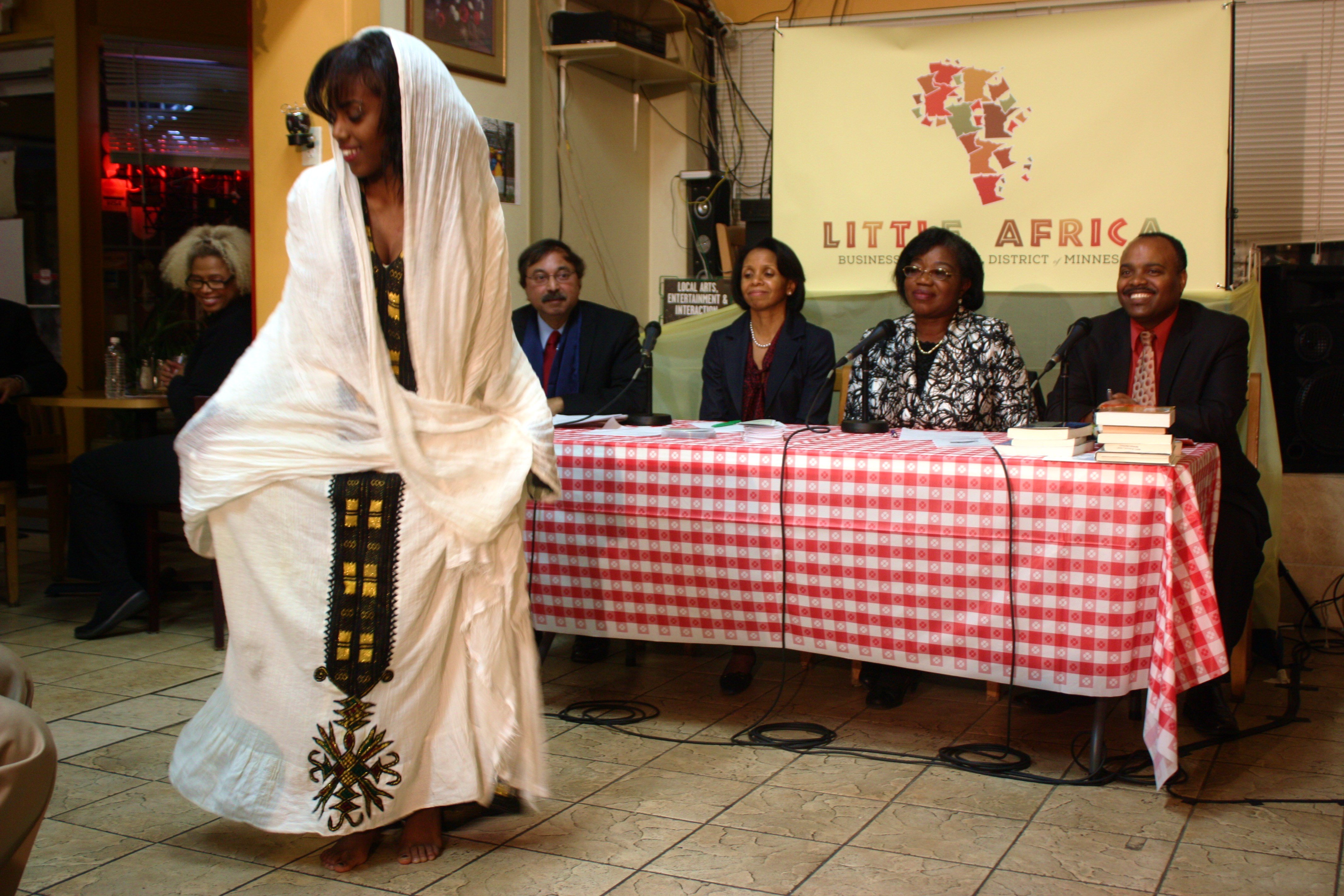 Snelling Café hosted the presentation of the Little Africa campaign on November 14, a marketing and branding campaign that is part of the World Cultural Heritage District along University Avenue in St. Paul. The campaign is a project of African Economic Development Solutions (AEDS) of Minnesota. The celebration focused on values of entrepreneurship and was a “marketing and branding campaign to bring visibility the more than $1.4 billion African Immigrant economy of Minnesota.” According to Gene Gelgelu, the Executive Director of AEDS, the project includes 28 businesses which created “at least 100 jobs” producing a big “impact on immigrant communities”. The mission of AEDS is to “build wealth within African communities. AEDS provide business training, small business-coaching, access to loans and financial literacy”, said Teshite Wako, CFO of Neighborhood Development Center. The goal is also to be “visible and get recognized” as “our voices count, and also our resources count.”

Supreme Court Justice Wilhelmina M. Wright was an honored guest and spoke at the event. Expressing her satisfaction in being part of the “diversity of African culture,” Justice Wright said: “It is wonderful to celebrate to your civic engagement and all of the values that go along with it. (…) These values include patriotism, both pride in America and pride in our countries of origin. The value of civic engagement and participation (…) the value of capitalism, that is truly the American way, and I see it so embraced, I smell it in the food that is so wonderfully prepared for us to consume and I see in the commitment to moving our communities forwards, working hard.” Thankfulness for the U.S. economic system was also highlighted afterward by the entrepreneurs Afeworki Bein, owner of Snelling Café, and Teshome Belayeneh, owner of Rebecca’s Bakery.

Little Africa’s celebration included numerous partners and their representatives: Hassan Hussein, Oromo Community of Minnesota; Lemlen Kebede, Ethiopian Community of Minnesota; Michael Fondungullah, Cameroonian Community; Ghas Mends, Sierra Leone Community in Minnesota; and Dr. Kenny Odusote, Minnesota Institute for Nigerian Development. Some of the speakers compared the situation of African diaspora to other communities. This was the case of Fondungullah who expressed his conviction in relocating African businesses along the Corridor to gain visibility “as the Hmongs” have done.

Paige Joostens, a student at Concordia University, another partner of Little Africa, presented the “Survey on College Students and Ethnic Markets.” The research, based on the purchase power of college students and their consumption of ethnic food, showed that, in case of delivery, “ease of ordering, punctuality, transparency of cost, quality of food and temperature” were all above average and there were no complaints about the services provided. She also suggested improvements in meeting college student’s needs, such as their potential desite to study in the restaurants.

Little Africa also presented the launch of their Free Library, to which Justice Wright provided DVDs from the Minnesotan Judicial branch, “Going to court in Minnesota” in English and African languages, and a guide about the same topic, although only in English. Little Africa was a total African experience of pride, call to action and culture, completed by African snacks from Snelling Café and a dance show by India Jamal.