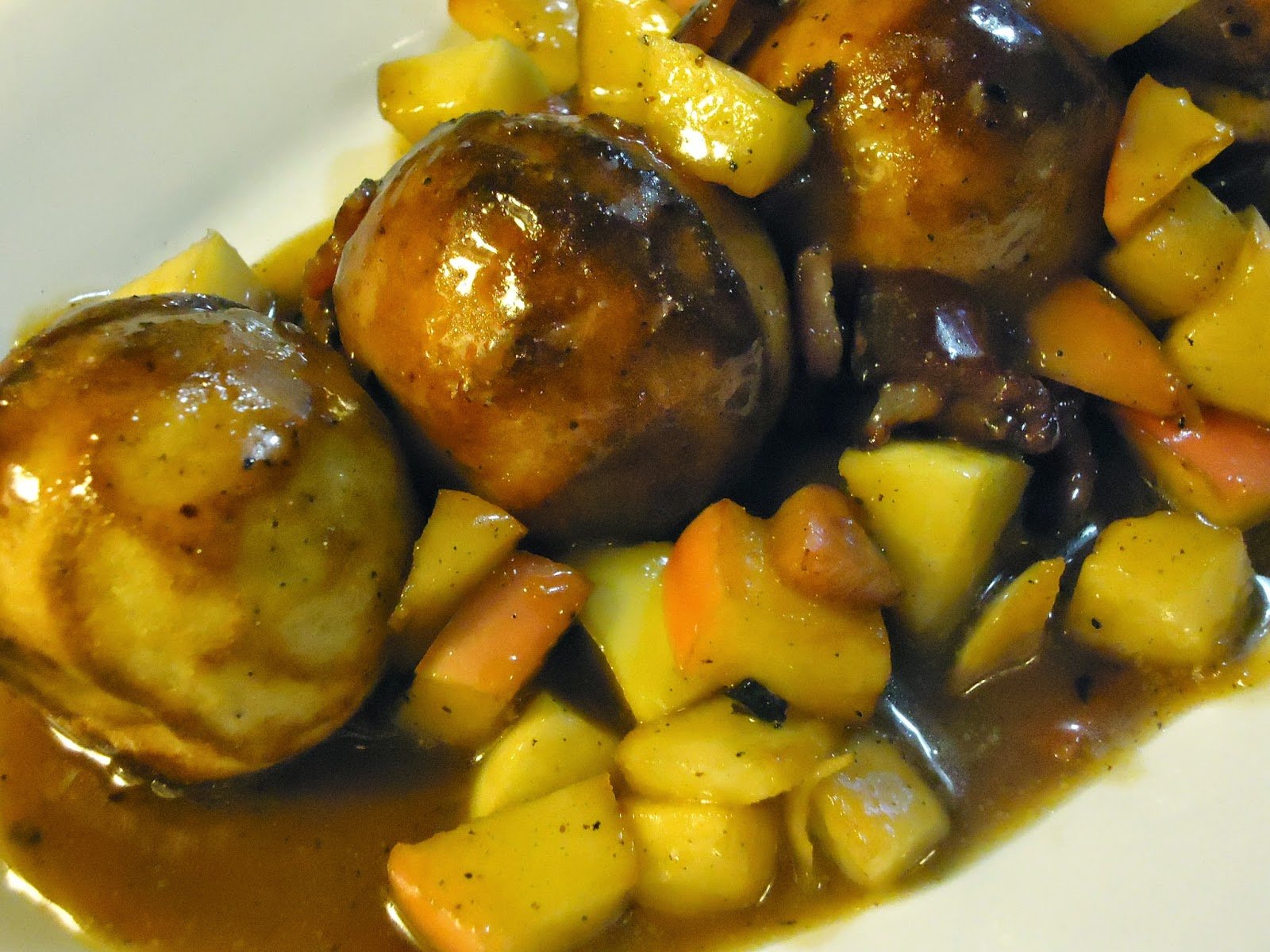 Aebleskiver are pancake balls that are popular, especially during Christmas, as a snack or dessert in Denmark. Traditionally they are sweet, served with fruit preserves or filled with apples (the name is translated “apple slices”), although modern aebleskiver also skew savory. A well made aebleskiver is crisp on the outside and fluffy on the inside.

The good folks from Aunt Else’s introduced many Twin Citians, including me, to aebleskiver when they sold the pancakes at Mill City Farmers Market in Minneapolis. After that delicious introduction I began collecting aebleskiver pans, but did not attempt to bake them until this past summer when an aebleskiver-making friend took pity on me. Afterwards I wrote about finally diving into the aebleskiver pool. Surprisingly, they are easy to master and quick to bake: IF you own an aebleskiver pan.

Processed convenience foods don’t often make it into my shopping cart. However, in an effort to gauge the popularity of Nordic fare, sometimes I have to take it for the Scandi-team and make purchases that I otherwise might thumb my nose at. Thus, I present to you Trader Joe’s Danish Pancakes, found in the freezer section at my local TJ’s and acquired for a few dollars.

There are instructions on TJ’s packaging for heating the pancakes using a microwave or a conventional oven. After a few minutes in the oven, the TJ aebleskiver came out crispy enough on the outside, but the interior was sort of mushy and odd. We didn’t finish that first batch (served with a Maple-Caramel Sauce with Apples and Bacon recipe I was testing for Called to the Table) and I sent the uneaten portions to hide in the refrigerator. Reheated later, the aebeskiver interior was much improved.

Should you try TJ’s Danish Pancakes? Meh. While I am thrilled that Nordic food is finally get the attention it deserves, with that attention comes all sorts of sometimes bastardized versions of those foods. Authenticity can get lost somewhere in translation, or in the frozen section. 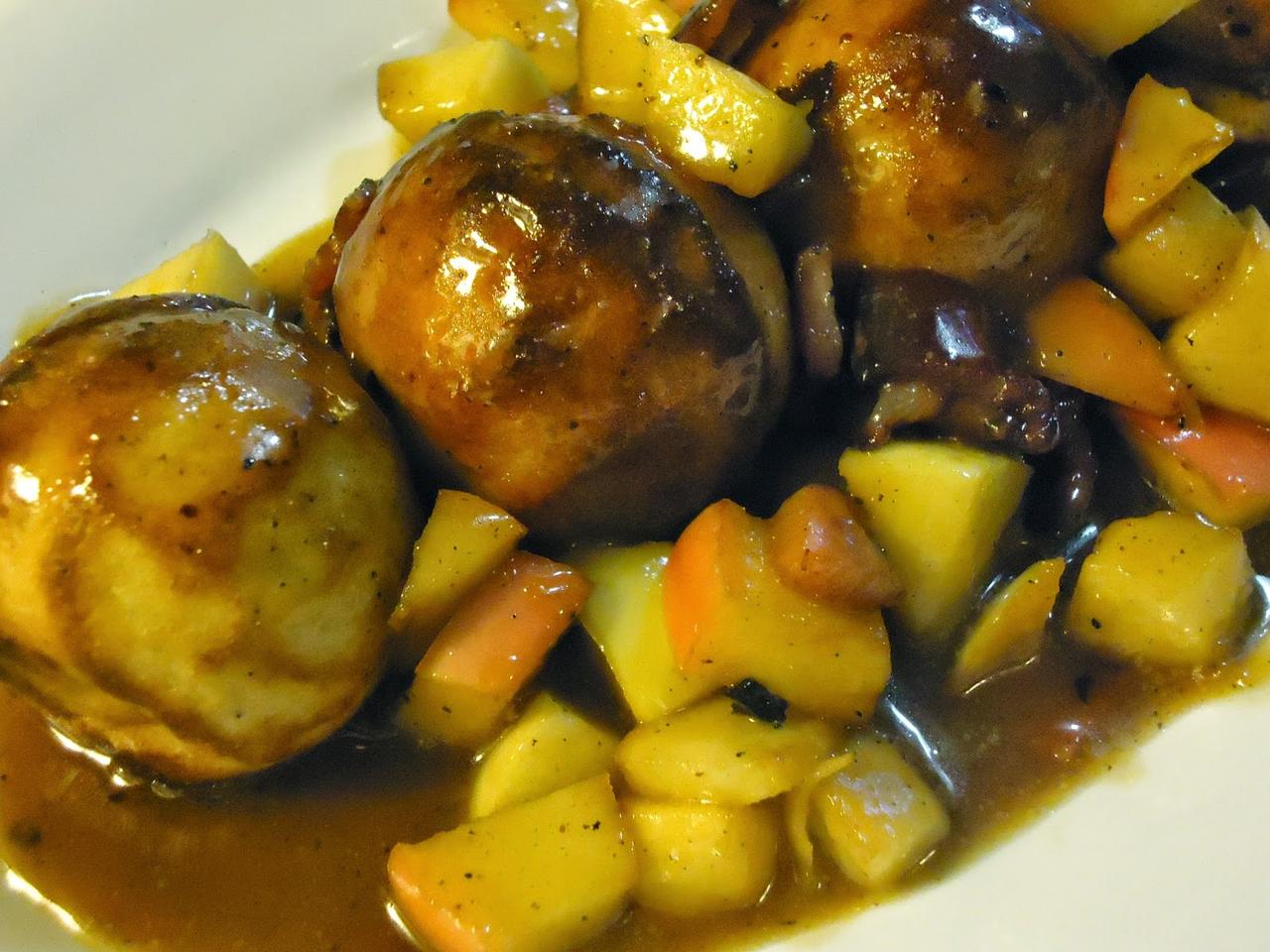 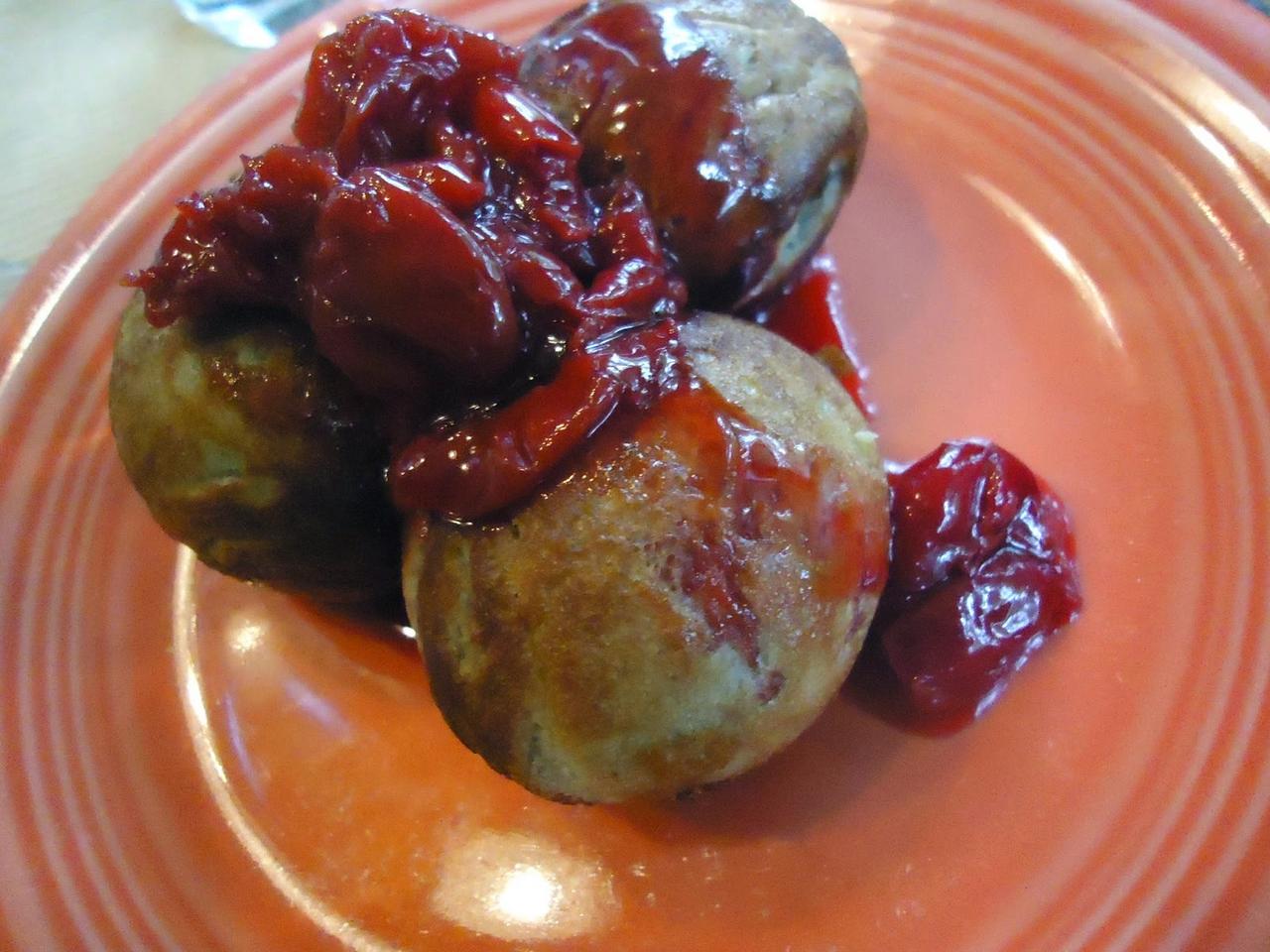 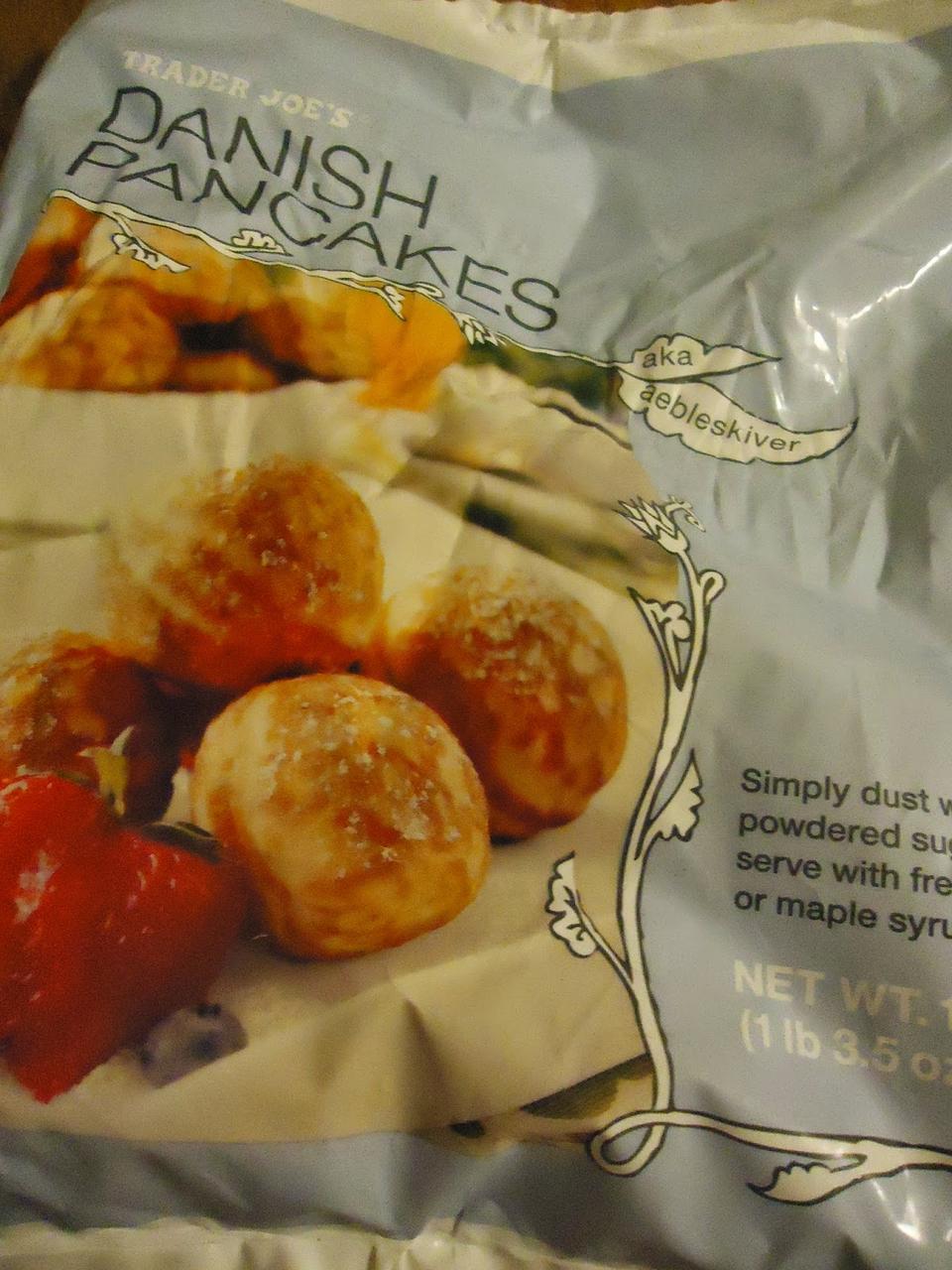