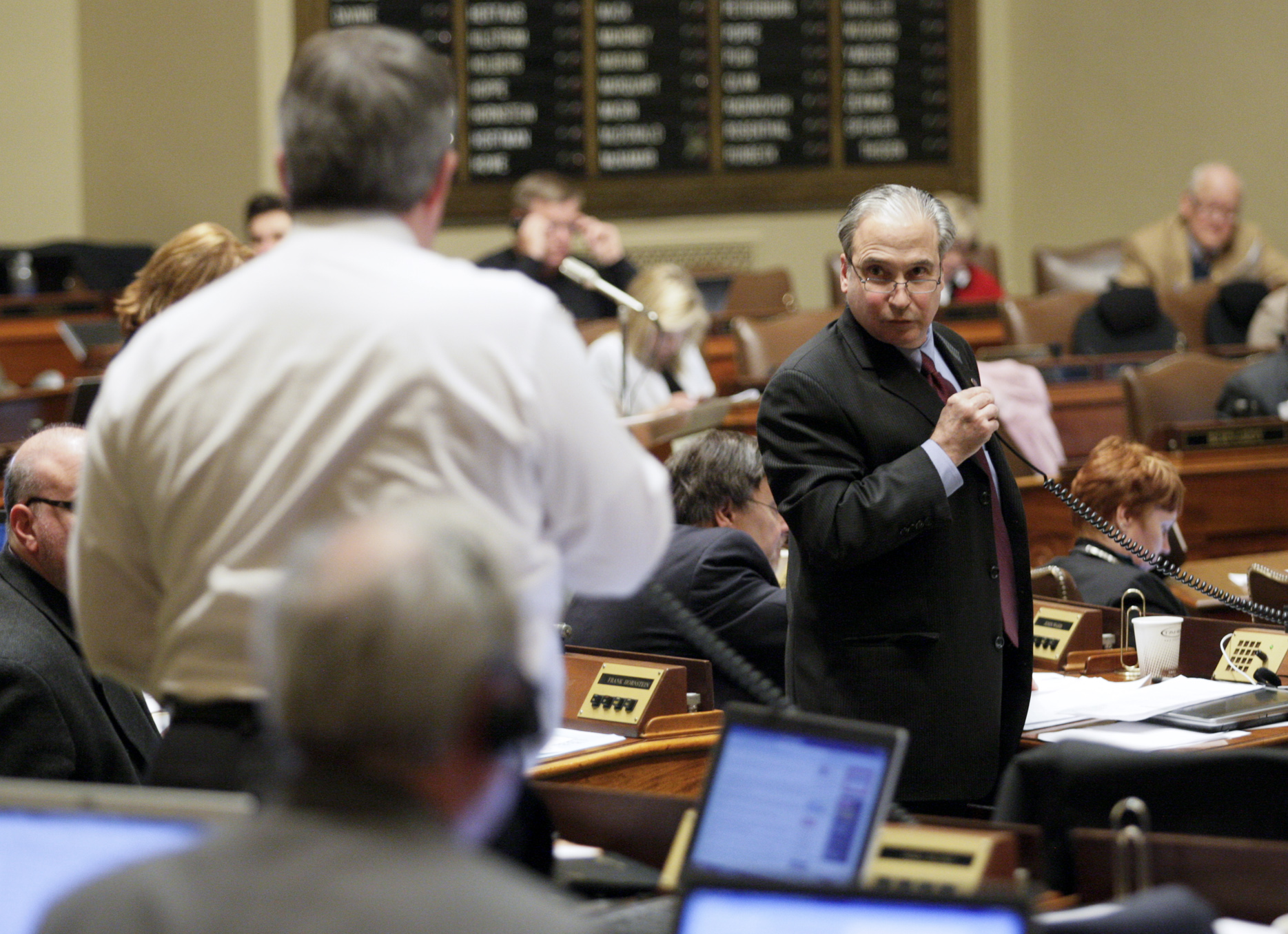 A conference committee will likely be needed to merge a pair of omnibus public safety finance and policy bills into one.

Sponsored by Rep. Michael Paymar (DFL-St. Paul) and Sen. Ron Latz (DFL-St. Louis Park), HF724/ SF671* was amended to include the House language before it was passed 122-7 by the House Friday. The Senate passed the bill Tuesday 47-18.

“Public safety and law enforcement are core, critical functions of government and they should be adequately funded,” Paymar said.

The House bill contains 95 percent of the governor’s budgetary recommendations. It also contains a combined $57.03 million increase to base funding for departments within the committee’s jurisdiction.

“This is a pretty good bill; I think it could be a little bit better, but public safety is so important in this day and age,” said Rep. Mark Uglem (R-Champlin). “It’s so important that we do a good job to support our (Bureau of Criminal Apprehension) and everything else that is in this bill.”

Salary adjustments for Corrections Department personnel of 2 percent per year, something agreed to between Gov. Mark Dayton and the department, would comprise $38 million of new funding.

Also in the $1.3 billion bill is an additional $1.5 million in each year of the biennium for additional beds to treat sex offenders. Most of the money is from a leftover balance in the department’s MINNCOR program, where inmates produce goods and services used by the department or sold.

Within the Department of Public Safety budget is $1.06 million in new money to restart the Minnesota School Safety Center.

“The center was something we had years ago that was provided by a federal grant that ran out and then we stopped funding it,” Paymar said. “The school safety center is a law enforcement-centered program that helps provide technical assistance and planning for schools to assess threats, hazards and vulnerabilities and conduct exercises. In light of the school shootings, the school safety center will provide needed technical assistance to the schools throughout the state of Minnesota.”

To fund a replacement of the state’s antiquated criminal history and crime reporting systems, the bill would provide about $9 million in new money.

The bill also would provide $400,000 in General Fund money to hire four new scientists at the Bureau of Criminal Apprehension’s forensic laboratory and $250,000 in General Fund money to replace some outdated equipment. “This probably isn’t enough, but again, it’s what the governor recommended,” Paymar said. Matching amounts would also come from a special revenue fund.

An additional $3 million would be appropriated for more crime victim assistance grants; $922,000 in additional funding would be used for youth intervention programs; $750,000 would be for the Ramsey County Attorney’s Office to, in part, develop a statewide model protocol for law enforcement, prosecutors and others on identifying and intervening with sexually exploited and trafficked youth; and an extra $300,000 would go toward a community offender re-entry program in and around Duluth.

Funding is also included for the Department of Human Rights to add two full-time equivalent positions to its compliance staff at a biennial cost of $258,000. The fee for the department to certify a business would double from $75 to $150; however, the certification process would take place every four years instead of two to make the change revenue neutral.