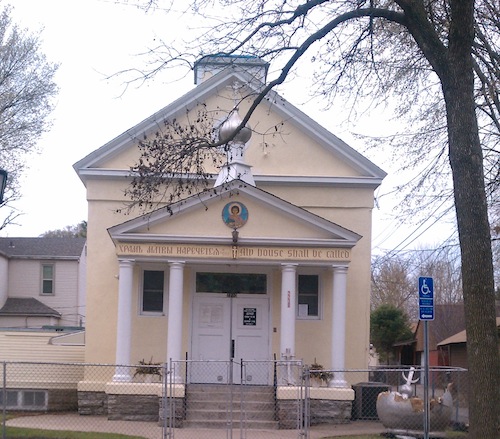 A windstorm toppled the largest of St. Panteleimon’s silver domes March 19. The Russian Orthodox church, located on the corner of Franklin and Emerald in the Prospect Park neighborhood of Minneapolis, also sustained some structural damage to the roof. 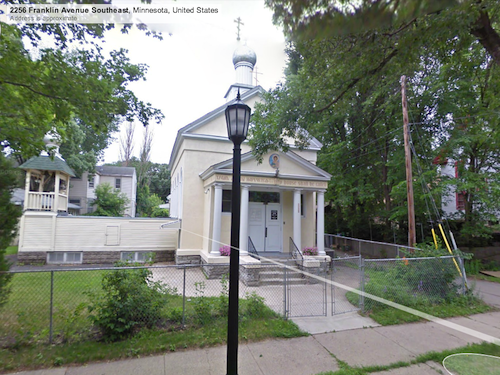 “We’re thankful no one was hurt,” said Fr. Antony Alekseyenko, rector for St. Panteleimon’s. Alekseyenko. He moved to Minneapolis from Cleveland and originally emigrated from Russia, and has been with the church for two months. He lives with his wife and baby daughter near the church.

The dome fell shortly after a significant date for the Russian Orthodox Church known as Sunday of the Cross. Currently, the Church is celebrating Great Lent—a season of fasting in preparation for Pascha, the Eastern Orthodox equivalent of Easter. The Sunday before the dome fell, March 18, was a holy day for Orthodox Christians to venerate the cross upon which Jesus Christ died. The dome fell the following evening, March 19. Alekseyenko took the incident as a sign that the community needs reflect upon its sins.

“Anything that happens, happens for a reason,” Alekseyenko said. “We hope that we can move forward.”

The cost of the repairs is yet unknown, as insurance adjusters are still examining the church’s claim. A collection box inside the church has specifically been set aside for repairs. Since the dome fell, Alekseyenko says that he has been overwhelmed by the response by the Prospect Park community.

“We have a lot of different people asking how they can help,” Alekseyenko said. Numerous neighbors from Roman Catholics to university professors have offered their condolences and aid to St. Panteleimon’s.

“I’ve always thought it’s such a pretty place,” said Prospect Park resident Monica Rojas. “It’s too bad that they had to go through that.”

St. Panteleimon’s has three iconic, onion-shaped domes adorning the church with vivid stained glass windows and murals. Russian immigrants who came to Minnesota fleeing the U.S.S.R. after World War II constructed the building in 1956. The church is home to a modestly sized faith community made up largely by the descendants of the church’s founders.

“This is the hidden jewel of Prospect Park,” Alekseyenko said. “Everyone is welcome here.”