Mila Kunis has been invited to be a new member of the Academy Governors. Photo by Jeff Rutherford.

For the first time, the Academy of Motion Pictures Arts and Sciences is including a posthumous selection to its membership.

In an unprecedented gesture, the list of new members includes documentary filmmaker and photojournalist Tim Hetherington, who was killed in action in Libya in April. Hetherington had been a 2010 nominee for his film Restrepo, but died prior to the Academy’s spring meetings to select new members. The Documentary Branch proposed that Hetherington’s name be included among the year’s invitees. The governors agreed, said the Academy’s press release.

The Academy extended invitations to join the organization to 178 artists and executives who have distinguished themselves by their contributions to theatrical motion pictures. Those who accept the invitation will be the only additions in 2011 to the Academy’s roster of members.

Minnesota native Bill Pohlad is on the invitation list under the category “Executive.” Pohlad currently produced the film The Tree of Life, now in theaters. Pohland also produced well-known movies Brokeback Mountain, Into the Wild, Food, Inc., and A Prairie Home Companion.

Notables in the acting category include Russell Brand, Bradley Cooper, Jesse Eisenberg, Jennifer Garner, Beyonce Knowles, Mila Kunis, and Minnesota native John Hawkes. Hawkes was nominated for an Oscar last year in the Best Performance by an Actor in a Supporting Role category for Winter’s Bone.

The Academy’s membership policies would have allowed a maximum of 211 new members in 2011, but as in other recent years, several branch committees endorsed fewer candidates than were proposed to them.  Voting membership in the organization has now held steady at just under 6,000 members since 2003. 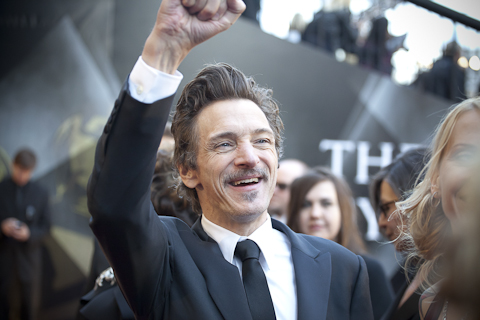 (Above) Minnesota native John Hawkes is invited to be new member of the Academy Governors. (Photo Jeff Rutherford) 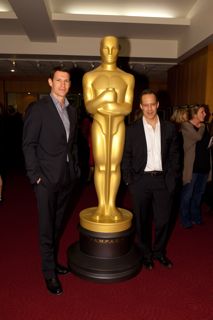 (Above) Tim Hetherington (left) and Sebastian Junger (right) of Restrepo, prior to the Academy of Motion Picture Arts and Sciences’ “DOCS!” event on Wednesday, February 23, 2011 at the Samuel Goldwyn Theater in Beverly Hills. Hetherington was later killed in action in Libya just weeks later. Photo: A.M.P.A.S.

Russell Brand – “Arthur,” “Get Him to the Greek”

David Duchovny – “Things We Lost in the Fire,” “The X-Files”

Jesse Eisenberg – “The Social Network,” “The Squid and the Whale”

Rooney Mara – “A Nightmare on Elm Street,” “The Social Network”

Dominic Monaghan – “X-Men Origins: Wolverine,” “The Lord of the Rings: The Return of the King”

Wes Studi – “Avatar,” “The Last of the Mohicans”

Mia Wasikowska – “Jane Eyre,” “The Kids Are All Right”

Alessandro Carloni – “How to Train Your Dragon,” “Over the Hedge”

Sylvain Chomet – “The Illusionist,” “The Triplets of Belleville”

Jakob Hjort Jensen – “How to Train Your Dragon,” “Flushed Away”

Biljana Labovic – “The Cow Who Wanted to Be a Hamburger,” “Idiots and Angels”

Javier Recio Gracia – “The Lady and the Reaper,” “The Missing Lynx”

Kristof Serrand – “How to Train Your Dragon,” “Sinbad: Legend of the Seven Seas”

Susanne Bier – “In a Better World,” “After the Wedding”

Lisa Cholodenko – “The Kids Are All Right,” “Laurel Canyon” (also invited to the Writers Branch)

Debra Granik – “Winter’s Bone,” “Down to the Bone” (also invited to the Writers Branch)

Lesley Chilcott – “Waiting for ‘Superman’,” “It Might Get Loud”

Charles Ferguson – “Inside Job,” “No End in Sight”

Thomas Lennon – “The Warriors of Qiugang,” “The Blood of Yingzhou District”

Ruby Yang – “The Blood of Yingzhou District,” “The Warriors of Qiugang”

Darren Holmes – “How to Train Your Dragon,” “The Iron Giant”

Joel Negron – “Transformers: Dark of the Moon,” “The Karate Kid”

Gary Goetzman – “Where the Wild Things Are,” “Mamma Mia!”

Sisse Graum Jorgensen – “In a Better World,” “After the Wedding”

Jeffrey Levy-Hinte – “The Kids Are All Right,” “Laurel Canyon”

Todd Lieberman – “The Fighter,” “The Proposal”

Celine Rattray – “The Kids Are All Right,” “Grace Is Gone”

Gene Serdena – “The Fighter,” “House of Sand and Fog”

Hammond Peek – “King Kong,” “The Lord of the Rings: The Return of the King”

Tim Alexander – “Rango,” “Harry Potter and the Goblet of Fire”

Rob Bredow – “Cloudy with a Chance of Meatballs,” “The Polar Express”

Peter Chesney – “No Country for Old Men,” “Men in Black”

Stuart Blumberg – “The Kids Are All Right,” “Keeping the Faith”

Lisa Cholodenko – “The Kids Are All Right,” “Laurel Canyon” (also invited to the Directors Branch)

Debra Granik – “Winter’s Bone,” “Down to the Bone” (also invited to the Directors Branch)

Individuals invited to join multiple branches must select one branch upon accepting membership.

New members will be welcomed into the Academy at an invitation-only reception in September.