The three nominees in the Academy Awards Achievement in Makeup category held a symposium in Beverly Hills. Pictured is from the film The Wolfman. Photos by Jeff Rutherford.

BEVERLY HILLS, CALIFORNIA—I always enjoy the Academy Awards’ Makeup and Hairstylists Symposium in the Grand Lobby of the Samuel Goldwyn Theater. Last year it was thrilling to see how Star Trek characters evolved. This year’s outstanding film achievements in the make-up category were just as thrilling. The Wolfman Creature FX Creative Supervisor Dave Elsey was demonstrating his technique.

Then, there was a power outage during the panel discussion. There were no PowerPoint capabilities and the theater went completely dark. The lights came back on and Rick Baker, Special Makeup Designer for The Wolfman, was laying on the stage floor acting like he’d been murdered. The audience laughed and the makeup demonstrations resumed.

The other two demonstrations for Achievements in Makeup nominees were from the films Barney’s Version and The Way Back.

“I’m usually uncomfortable talking to people and I always sat in the back row in school. I still am not used to it even though I have been doing a ton of interviews since being nominated,” said Barney’s Version Makeup Designer Adrien Morot.

Morot, of Quebec, was a fan of horror movies as a child, and first became intrigued with makeup when he saw a pictorial spread on prosthetic effects in a Planet of Apes comic book. Watching a Star Wars TV special at the age of seven inspired him to start creating his own masks. “My life is makeup,” he said.

The Wolfman looked realistic with blood dripping down from its mouth, the hair looked real and thick, and yellow fangs made the creature look life-like. 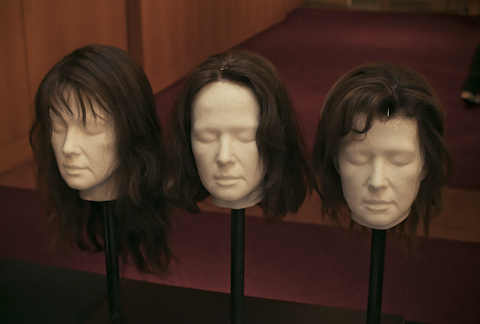 (Above) Hairstylists and Makeup Artists demonstrated their Academy Awards nominated films. Shown are the hairpieces from the movie Barney’s Version. 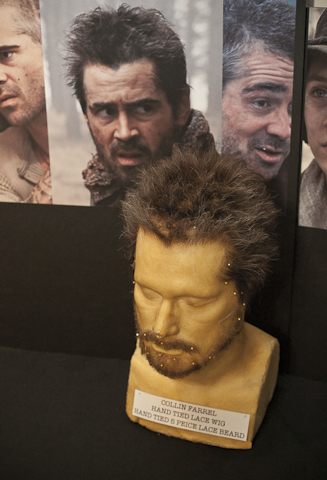 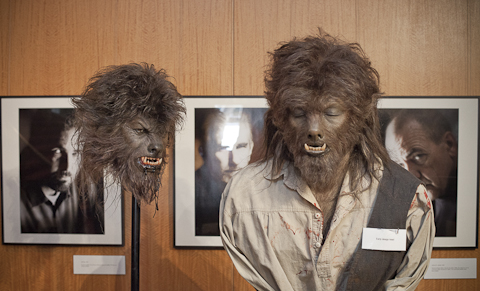 (Above) The Wolfman’s Oscar-nominated look. 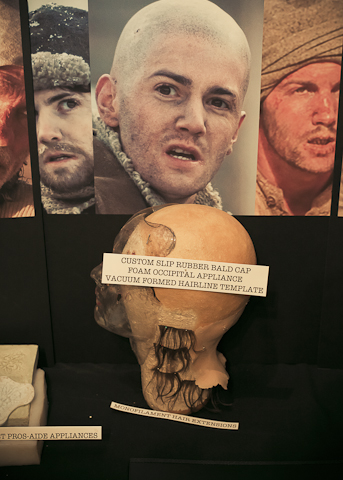 (Above) The bald cap used in the film The Way Back. 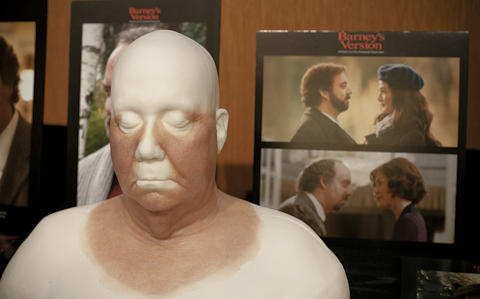 (Above) the makeup for the character, and in the background, the final result in the movie Barney’s Version. 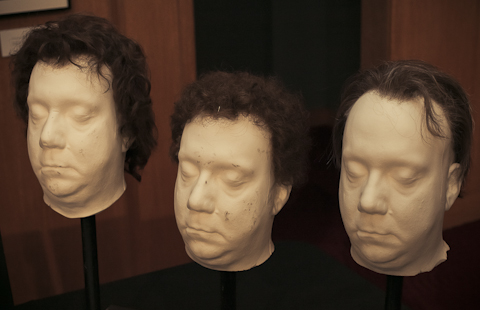 (Above) Different hairpieces for the actor Paul Giamatti in the film Barney’s Version. 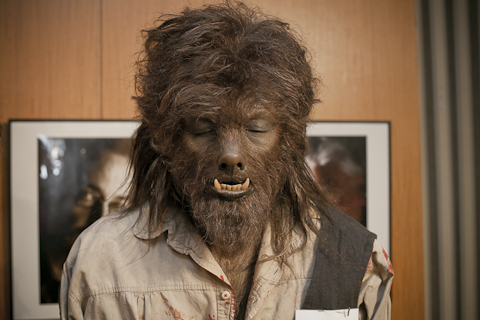 (Above) Even the hair was realistic on The Wolfman.