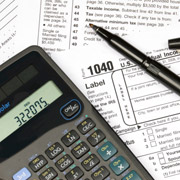 Obviously, the key factor behind most of the folks who fall into the nonpayer category is their income. 88% of nonpayers have household incomes of under $40,000. Of the remaining 12%, almost half of them have incomes of over $100,000, including about 4,000 households with incomes over $1 million (that’s up 53% from 2007, even though the number of households with incomes at that level has fallen over that time).

There are other key attributes that tend to drive whether one is a nonpayer or not: 46% of nonpayers are elderly and 64% of nonpayers have dependent children.

So how did we get to this situation? The short answer is that both parties have filled the tax code with targeted credits. In the immediate WWII period through the Nixon Administration, the percentage of nonpayers stayed pretty close to 20%. The introduction of the Earned Income Tax Credit in 1975 increased the nonpayer rate slightly such that the percentages tracked closer to 25% until the late 1990s.

Since then, many new provisions have been added to the tax code, spiking the rate to its current level. The first step was the introduction of the Child Tax Credit in 1998. In 2001, the child and dependent care credit was expanded, and in 2003, the new lowest tax bracket of 10% was established and taxpayers got a cut in capital gains and dividend taxes (this contributes greatly to the wealthy folks who fall into the nonpayer category). In 2008, taxpayers received stimulus checks, and in 2009, the stimulus bill included the Making Work Pay Tax Credit (replaced in 2011 by a temporary payroll tax cut).

These provisions, building one upon the other and in combination with the weak economic conditions, have created the 45%-plus nonpayer rate we have seen in recent years. Removing these tax credits would fully cut the number of nonpayers in half.

The real question, then, is where do we go from here? Should we follow conservative logic to its conclusion, remove the credits, and raise taxes on 60 million lower-income Americans?

That’s where the question gets tougher. Removing credits like these actually impact all Americans, and the middle class and wealthy would take the brunt of the damage. Except for the earned income tax credit, all of the credits noted above provide greater benefits to the wealthy than the poor (twice as much as a percentage of income).

As such, removing these credits alone is not a solution. Not only would it take money out the pockets of those who can least afford it, but it would further squeeze middle-class families and take substantial money away from the so-called “job creators” conservatives have been so anxious to protect.

The real answer to what we’re facing is a return to principles embraced on a bipartisan basis in 1986. Simplify the tax code by removing all but the most essential credits and deductions. Lower rates across this wider tax base, giving larger reductions at the bottom of the income scale. Treat all income the same, regardless if it was earned through work, earned as a capital gain or dividend or inherited.

Such reform would accomplish goals that both parties have: more people would be paying in, the tax code would be simpler (it shouldn’t be used as a backdoor way to handout money), and—if done correctly—it can continue to be just as progressive (or even more so) than before.