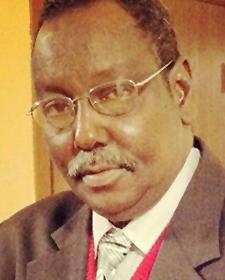 The Twin Cities Somali community has lost an esteemed leader and a passionate advocate for Somali families.

Abdulrahman Adem, a cultural facilitator at Minneapolis Public Schools (MPS), died Sunday of a heart attack. He was 58.

Whatever his job title, Adem always made sure that school officials heard the voices of Somali families — and to ensure this, Adem didn’t hesitate to take issues directly into administrators’ offices, invited or uninvited.

I had the privilege to work with Adem when I worked in the office of communications, and like many people, I immediately noticed his enthusiasm, commitment and compassion. Adem was a wise man and true champion of those who are underserved and often invisible.

“I’m getting old and I know I won’t be around for too long,” Adem once told me. “But I want to leave a legacy for the young generation: To stand up and be a voice for the voiceless.”

A graduate from the Somali National University in Mogadishu, Adem served in the public sector of Somalia for decades. He played a vital role in developing the written Somali language.

After escaping the Somali civil war, Adem arrived in the United States in 1992.

Today Adem is no more, but his legacy will live on for many years. The news of his death Sunday morning has shaken the Twin Cities Somali community.

Adem is survived by six adult children. Funeral and burial services will be held at noon Monday at the Burnsville Masjid, 1351 Riverwood Drive in Burnsville. A memorial service will follow at 8:30 p.m. at Safari restaurant, 3010 S. 4th. Ave., Minneapolis.