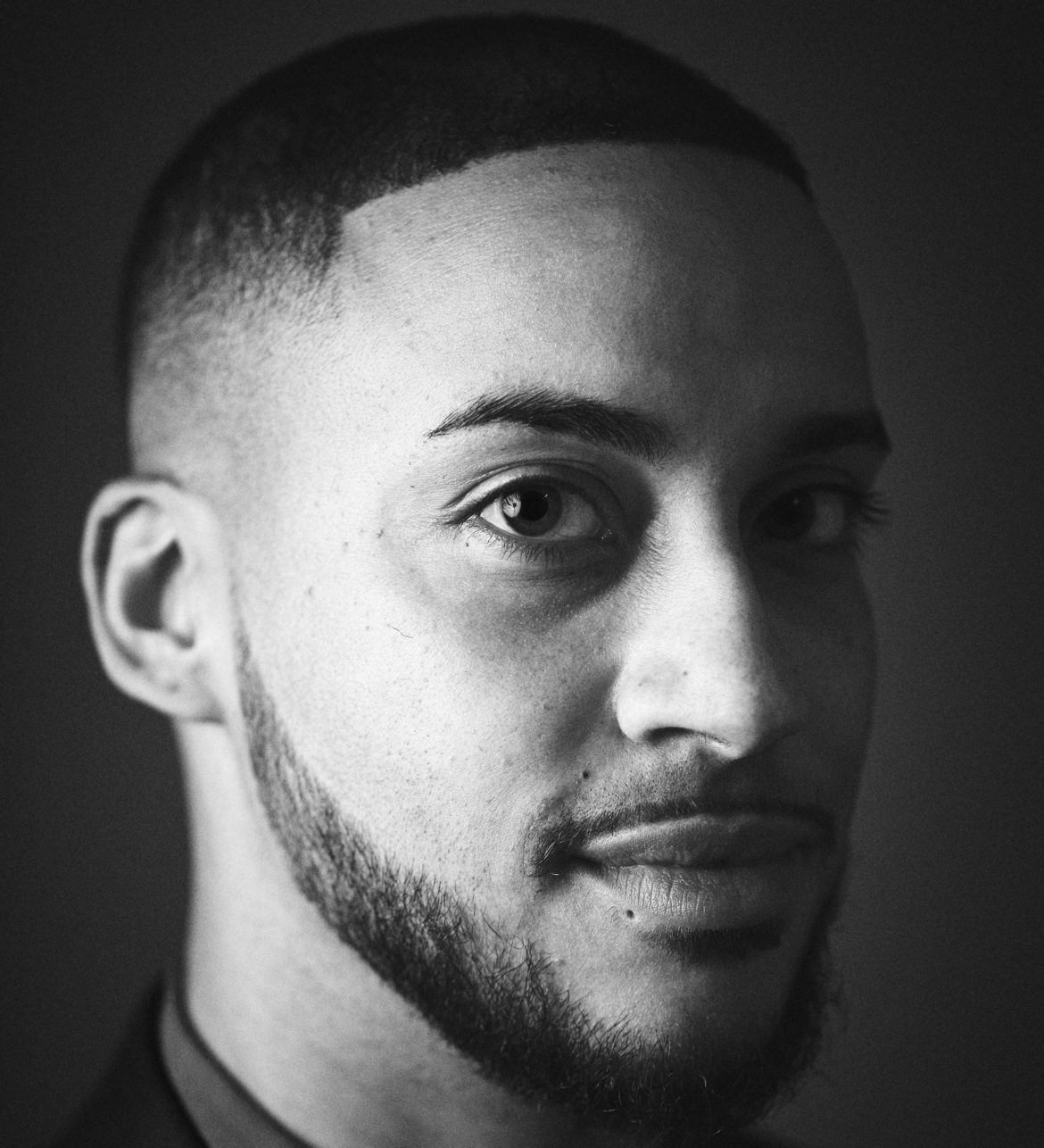 This profile is part of our “Seat at the Table” series highlighting seven new LGBTQIA candidates and candidates of color running in the 2017 Minneapolis City Council election. Catch the kick off of our series here, and check back every week for another installment of the series.

Two minutes into my conversation with Phillipe Cunningham, the Ward 4 candidate for Minneapolis City Council, said, “Y’all gonna tell me a story about myself, but that’s not my story.” He says this as he recounts what it was like growing up Black in a predominantly-white, blue-collar town called Streator, Illinois (population 13,710), and how the stories people told him and about him were never his own truth. He felt many people tried to define him because of his skin color.

Cunningham’s mother worked at a dry-cleaning business. His father graduated from a segregated high school in Alabama and was an active union member who spent 40 years building tractors. Cunningham’s parents are an interracial couple which made them unique in those parts at the time. Even though Cunningham was an overachieving student, musician, an accomplished dancer and martial artist, he was called “the n-word” for the first time at 5 years old. In high school a teacher told him he could never be president of the United States.

When Cunningham left Streator it was to attend college, first in the San Francisco Bay Area, then in Chicago. After graduation he stayed in Chicago and worked as a special education teacher on the south side of the city where he saw firsthand how policy decisions trickle down.

Two years into Cunningham’s teaching position, Mayor Rahm Emanuel extended the school day by one hour, the school year by 10 days, froze teacher pay and closed 50 of the city’s schools.

Although the school where Cunningham taught was spared during Emanuel’s closures, this moment, this chaos of 50 schools closing, shifted something for Cunningham.

“I was able to see, so clearly and concretely, the way decision-makers were empowered. The decisions that they made had a direct impact on my kids and me,” he said.

He’d come to terms with the life he didn’t want to live and the person he didn’t want to be. He begrudgingly said goodbye to his students, life as a school teacher and eventually the south side for good. This turning point would also be the time Cunningham decided to start publicly identifying as transgender.

“I spent 23 years of my life as a Black woman at those gross crossroads of racism and misogyny. Then one day I woke up, stepped out of my house and everybody saw me as a Black man, saw me as myself. I wasn’t prepared to be public enemy number one,” Cunningham said. “My experience of oppression really shifted.”

Cunningham also realized he needed to leave Chicago. He thought about going back to the Bay Area and also considered Portland and Nashville. He posted about it on Facebook and asked friends for advice. One friend, a Black queer woman, commented that he should check out Minneapolis. For her, it was the only place where she felt truly safe.

“Up until that point, up until I moved to north Minneapolis, I felt like a wandering vagabond almost. I was very nomadic, and for the first time I had two feet on the ground, and I was home,” he said. “This is the first place that I felt like I was truly seen, just as a person.” 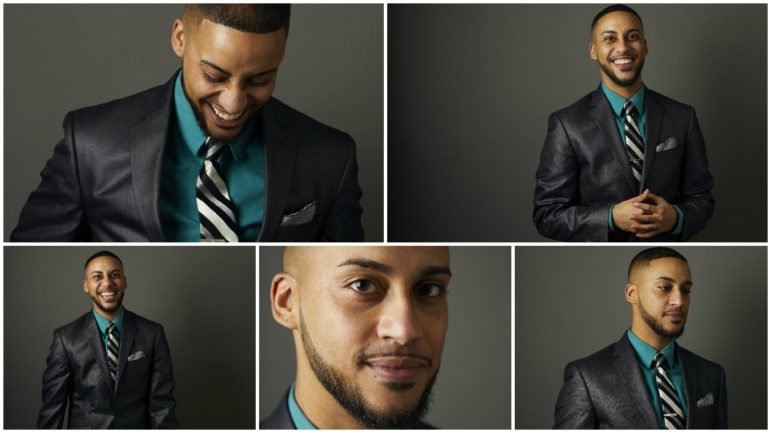 Ward 4 sits in the northwest corner of Minneapolis, above Lowry Avenue and below 53rd Avenue North. Xerxes Avenue provides its western border; the mighty Mississippi marks the east. The ward is rich in diversity. Minneapolis’ Department of Community Planning and Economic Development shows the ward is 57 percent people of color or indigenous residents.

I spoke with resident Joshua Fest about life in the ward. Fest is an entertainer and musician and lives in the Cleveland neighborhood. He has lived in Ward 4 for about four years. Fest said he loves the area and the generosity and genuineness of the community, and the thriving yet underrated natural beauty of the ward. But at the same time, Fest is frustrated by what he sees as obstacles to improving life in his neighborhood.

“I’ve also seen what I believe to be tremendous obstacles that hold this area back. A lack of local businesses, gang-related crime, mistreatment by the Minneapolis Police Department and police harassment,” Fest said. “The community does not see the same encouragement that much of Minneapolis sees. It’s notably despised by many people who fail to understand what makes it so bold and rich and spirited. And to me it seems sometimes as if much of Minneapolis have given up on the Northside, and in my opinion it’s a shame because it’s a great place to call home.”

Cunningham prefers to see the ward’s issues as opportunities. “Right now, we are being governed from a deficit perspective. [People say] ‘we need to be fixed, there are things that are wrong, and things are just desolate and bad.’ Whereas governing from an asset or strength-based perspective takes [our] gems and builds them up.”

During our discussion, it becomes clear that person and place are closely aligned in Cunningham’s philosophy. His primary focus in addressing the challenges in his ward is working to expand what he calls “community wealth.” Cunningham defined community wealth along two tracks: success for the overall community – safety, clean air and water, housing, jobs, parks, transportation – and success for each person in it.

Along those lines, Cunningham’s first priority is developing small businesses. Per capita income in Ward 4 is more than $9,000 less per year than the Minneapolis number; the average household income is more than $12,000 below the city average. Cunningham wants to counter those disparities by investing in entrepreneurs from the ward, bringing more access to job training, increasing homeownership and overall improving the ward’s financial stability.

Cunningham said there are some “who describe us [the ward] as a desolate war zone. To me, I see it as this sprawling landscape of opportunity. There are a lot of empty houses, there’s lots of vacant lots. We have wonderful examples of small businesses in the ward like [local barbershop] H. White Men’s Room bringing a renaissance. The way I will show up as a City Council member is to bring a renaissance to this community.”

In Cunningham’s vision, the community will contribute ideas; he’ll assist with policy efforts.

For example, there has been talk in the ward of building a community radio station focused on young people. Cunningham loves this idea. He’s passionate about youth development and speaks of young people often. About 32 percent of the population in Ward 4 is under the age of 20 (compared to 26 percent in the city overall).

“I see my role as stepping in, taking responsibility to create a fair and just society by working with young people,” he said.

Cunningham’s background as a teacher led to youth development work with Hmong, Karen and Oromo refugees and their children on St. Paul’s East Side. Through networking and diving deep into the local activist and advocacy community, Cunningham began to apply his youth development experience to policy work. He eventually landed a seat on the city of Minneapolis’ Youth Violence Prevention Executive Committee, where his passionate advocacy and diligent research caught the attention of Mayor Betsy Hodges. Hodges appointed Cunningham to serve as her Senior Policy Aide for education, youth success, racial equity and LGBTQ rights.

Cunningham also addressed the need to reduce violent crime, and the work to improve relations with the police. Like a lot of Ward 4 residents, Cunningham asks “where have all the beat cops gone?” He sees creating new policy like implementing restorative justice models, focusing on youth violence prevention and increasing transparency during contract negotiations with the police officers’ union as important ways to improve public safety for all residents in the ward.

But in his campaign efforts, Cunningham faces a formidable opponent. The same family has represented the ward on the City Council for more than 40 years. The same representative, City Council President Barbara Johnson, has served for 20 years. Cunningham believes it’s time for new leadership, someone who will represent the entire area. “The demographics have radically changed in the 20 years [Barbara Johnson] has been in office,” he said. “The challenges we face as a community have radically changed over the years.” Cunningham describes himself as “the antithesis of Barb Johnson, optically and politically” and says it would be his mission to represent the entire ward, not just specific communities and interests within it.

A ‘nerd for governing’ in his element

Cunningham, his husband Lane and I met at Victory 44, the magnificent Erick Harcey restaurant that’s a popular hangout. Victory 44 is a perfect metaphor for the Northside – it’s vibrant, cozy, not what you were told to expect. On first seeing them, I was drawn to Phillipe’s smile. I’d seen it in photos online, but the pictures don’t do it justice. It’s as wide as his face and brilliant, dazzling even.

Phillipe and Lane arrived in smart sweaters that matched in color. I ask Lane, an IT professional at the University of Minnesota, to describe Phillipe like Phillipe isn’t with us. He does this for about five seconds, then he looks away from me and only at Phillipe.

“He’s very kind and very centered in doing the right things,” Lane said. “That’s something that stuck out to me right away. He has this never-ending drive to change the world for the better and this eternal optimism that’s sometimes annoying.” Lane goes on to describe Phillipe as a passionate pragmatist. 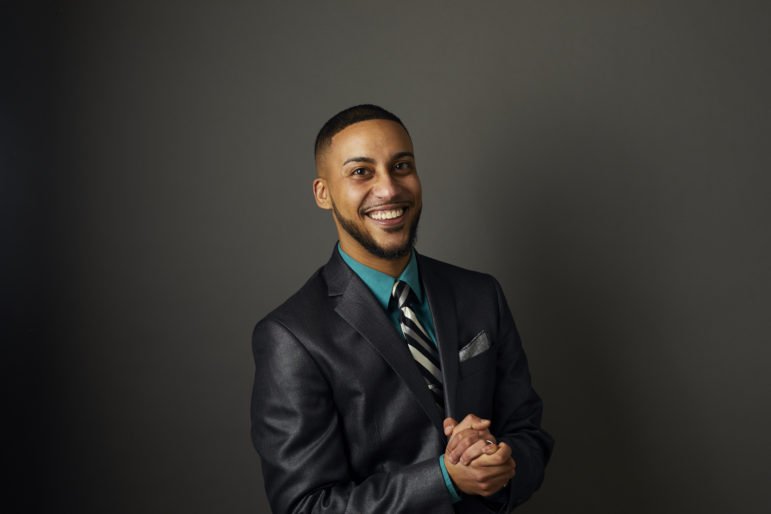 Phillipe Cunningham’s campaign manager, Karl Landskroener, offers a similar assessment. Landskroener is an experienced campaign veteran. He was attracted to the opportunity to work with Cunningham after getting a sense for how knowledgeable Cunningham is on how decisions are made on the City Council, something Cunningham learned by working with Hodges (Cunningham recently took a leave of absence to work on his campaign), and what it takes to get things done. He also noted that Cunningham is not so invested in the status quo that he would feel obligated to maintain it. “Often candidates for office are insiders or outsiders, but Phillipe is both,” Landskroener said. He described Cunningham as someone who could be “a next-generation council member who cares about problems and knows how to fix them.”

Cunningham, like the ward he hopes to represent, is multifaceted – a man, Black, trans, married, gay, biracial, an activist, a “nerd for governing.” He is a first-generation college grad and a purpose-driven leader. He loves to talk about policy and says he found “his dream job” working in city government. For Cunningham, it’s the most direct way for him to effect change for the community he loves.

“Every year 3,000 babies are born into poverty in Minneapolis – 3,000 – we can do something with that number. We have the power, the energy and the resources to better set up these babies. We just haven’t made it intentional. The city system is broken, but not irreparable,” he said.