HOLLYWOOD, CALIFORNIA—Jeff Rutherford and I were treated to what the stars will eat at the 83rd Academy Awards Governors Ball, the celebration immediately following the Academy Awards.

The Ball’s Food and Beverage Preview on the Red Carpet Thursday was packed with media. It is always exciting to see what is unveiled. This year’s theme is a combination of Old Hollywood and South America, which seems like an odd marriage. Think Marilyn Monroe as a flamenco dancer. But it works; that’s Hollywood magic.

Event producer Cheryl Cecchetto of Sequoia Productions was on hand to answer reporters’ questions. This is her 22nd year of producing the Ball. New this year will be dancing. Guests used to dance at Governors Balls long ago, but dancing went out of favor. Cecchetto is bringing it back.

Also expanded this year are the exotic blooms; more than ever before. Floral designer Mark Held of Mark’s Garden incorporated succulents, feathers, and unique tropical leaves which he combines with the flowers to make it look fanciful. In addition to the fresh flowers, 3,000 pounds of aluminum is use for custom scenic leaves. It took 150 rigging points in the ceiling to suspend the leaves. After leaving snow ladened Minnesota, I inhaled the aroma of the floral display’s fresh roses.

Wofgang Puck was in his element, answering questions and chatting with the press. We nibbled on popular mini cheeseburgers, wood fired pizza, and Puck’s signature Oscar-shaped smoked salmon. Puck and his 350 chefs will be preparing food for 1,500 guests, so the media crowd didn’t seem to faze him at all. Food went fast and furious to the media reps, who probably hadn’t remembered to eat in a while. I tasted my first ever black truffle pizza topping.

350 specialty costumes were designed for the ball for cocktail waitress dresses, waiter uniforms, and three different entertainment ensemble outfits. There will be three musical acts performing on two stages. 1,200 bottles of Moet and Chandon champagne will be served. Mannequins wore samples of the outfits at the preview. We sampled some of the 4,000 mini chocolate Oscars that will be served at the Ball. 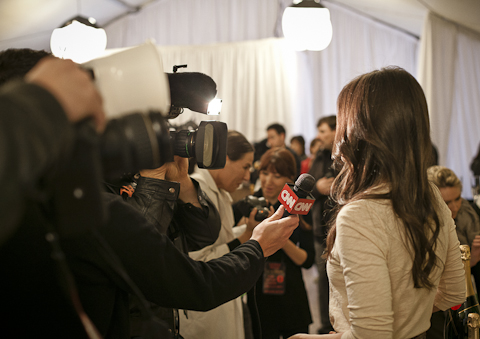 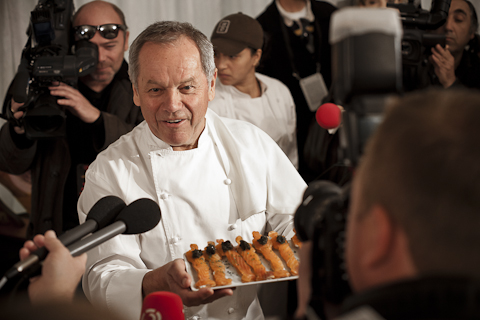 (Above) Wolfgang Puck was in his element and having a great time greeting the media and serving his signature Oscar shaped smoked salmon. 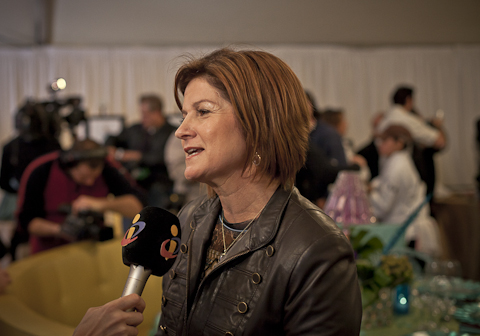 (Above) A member of a foreign press corps interviews Cheryl Cecchetto, the producer of the Governors Ball. This is her 22nd year. 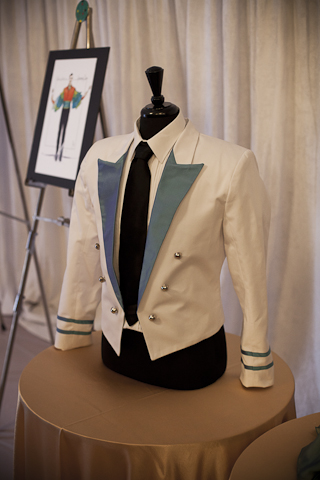 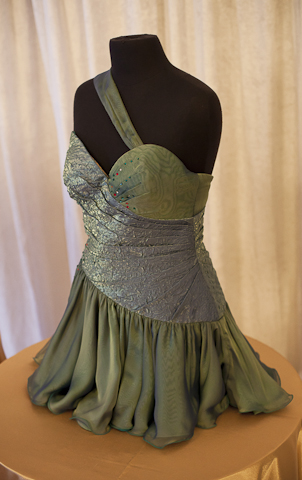 (Above) Two of the 350 specialty costumes designed for the Ball. 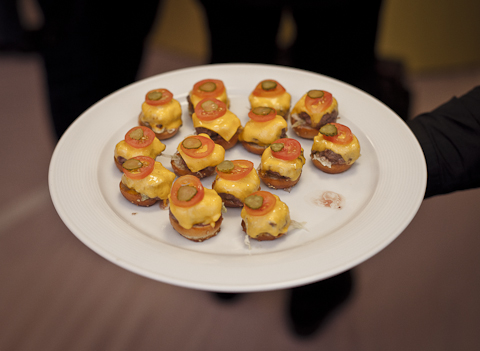 (Above) Members of the press couldn’t get enough of Wolfgang Puck’s mini cheesburgers. 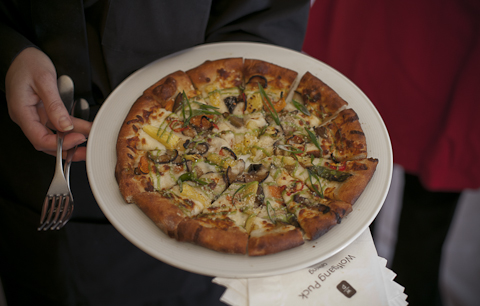 (Above) Puck’s black truffle pizza with ricotta and thyme. 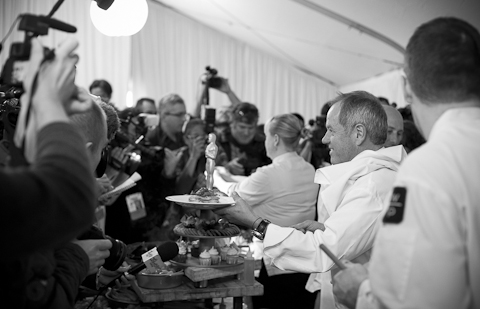 (Above) Puck proudly displaying one of his 4,000 mini chocolate Oscars. 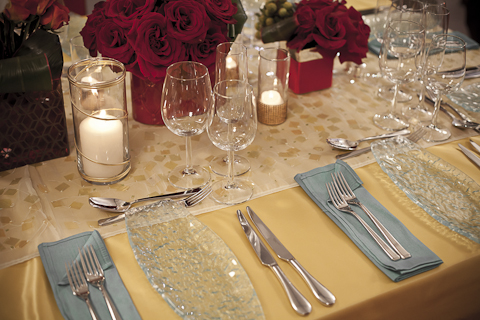 (Above) It was nice to smell fresh flowers at the Governors Ball preview. 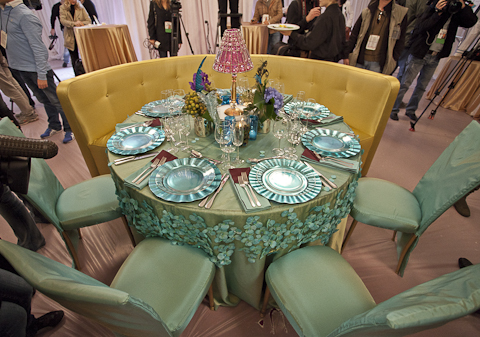 (Above and below) Governors Ball table settings. The Ball floral designer has expanded the use of exotic flowers and incoporated materials like feathers to make it more striking. 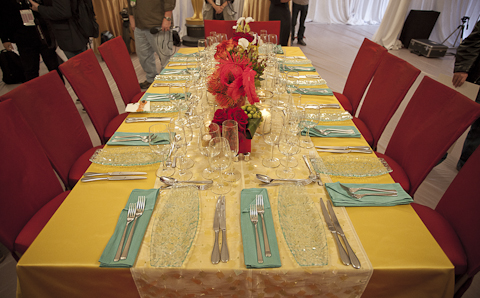 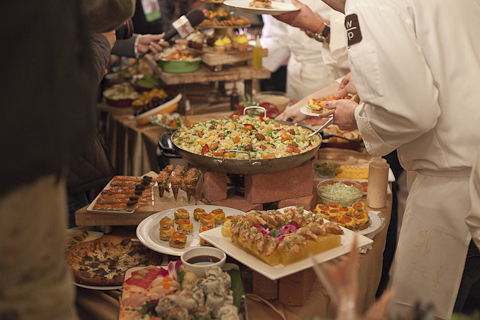 (Above) Sampling of the food Wolfgang Puck and his crew of 350 prepare for the Governors Ball. In addition, Puck creates a buffet of food for the Oscars Interview Room press corps. 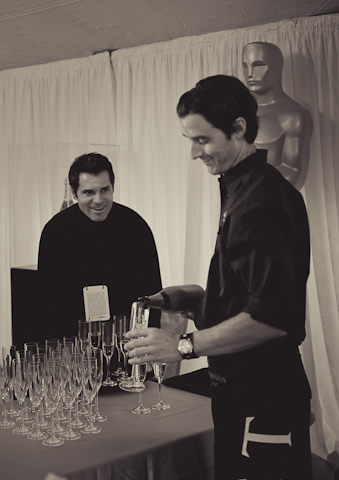 (Above) Servers pour Moet & Chandon Champagne at the Governors Ball preview. There are 1,200 bottles at the Ball.