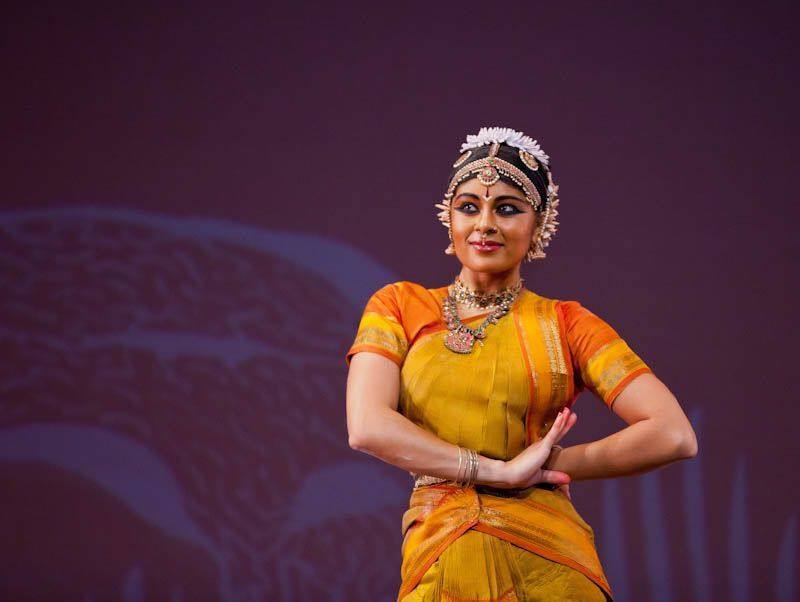 There was "no rhyme or reason" to the MSAB's decision to support educational travel by Ragamala Dance staff, says a critic. Photo via Ragamala Dance on Facebook.

I wasn’t surprised when lawmakers recently decreed that the State of Minnesota would immediately cease funding out-of-state travel for artists (and, for that matter, travel to our state by non-Minnesotan artists). Any government funding for arts is always scrutinized intensely, and when even governors and presidents are criticized for travel using taxpayer funds, it’s only to be expected that artists would get the same treatment. What was more surprising, and deeply disappointing, was the manner in which the very brief and poorly-informed public discussion about this decision was held. For a state that prides itself on having a strong arts scene, in this instance Minnesotans acted like people who think that making art is a complete waste of time and money.

The brouhaha began with an acid Watchdog.org report, written by Tom Steward, that highlighed the fact that a portion of Minnesota state funding for the arts goes to artists who use the money to—God forbid—temporarily leave Minnesota. Though Steward quoted a Minnesota State Arts Board (MSAB) representative who noted that grant applications are reviewed “in a rigorous, competitive manner” and also quoted Minnesota artists who spoke of the invaluable opportunities the state-supported travel gave them, the framing of the article revealed an assumption that the money supporting that travel was wasted. The report was headlined “Minnesota artists travel the world at taxpayer expense,” and it was illustrated not with an image of any actual artwork supported by the funds but rather with an image of skydivers in The Amazing Race.

The story was picked up by KSTP, which interviewed Steward and was informed that—contrary to what Steward’s own sources told him—”there appears to be no rhyme or reason to the Arts Board funding.” In a breathtakingly condescending flourish, Steward declared that “the money is there and they just feel like they have to spend it in some way, but it is hard to determine if taxpayers get a good return on their investment.” Outrage duly spread, and the final budget passed by the Legislature placed a restriction on MSAB grants. As the board explains:

“The Arts Board will no longer be able to provide funding for activities or travel that take place outside the state of Minnesota or for applicants to bring individuals into the state. In the past, this restriction only applied to grants that were funded with proceeds from the arts and cultural heritage fund. This year, the restriction was expanded to apply to all Arts Board grants, regardless of the source of State funding.”

The change is disappointing, but—as I noted above—not surprising. What was sad was the tenor of the conversation around the change. Steward’s article set the tone, quoting artists who say that their travel was “already helping my career,” “will help me create more engaging and provocative art,” and was “integral” for their growth as artists—and then implying that, as Steward said to KSTP, there is “no rhyme or reason” to the funding. Sending members of the Ramaswamy family, world-renowned practitioners of Indian dance whose company is based in Minnesota, to learn from “the greatest living master” of their art? Not just a potentially controversial use of state funds, but a decision with “no rhyme or reason.”

Think about that next assertion by Steward: “it is hard to determine if taxpayers get a good return on their investment.” How, precisely, would one determine whether taxpayers get a good return on public funding for the arts? One answer would be evaluation by an expert multidisciplinary panel such as, say, the Minnesota State Arts Board. Clearly, though, we’ve established that they just throw darts at a wall, because how else would you come up with such a bizarre decision as awarding a grant to the leader of one of Minnesota’s most popular and acclaimed dance troupes? So apparently we need to establish some other criteria: some hard, cold numbers that demonstrate whether an investment in the arts paid off.

Steward and his ilk, though, seem disinterested in entertaining any numbers that might be interpreted to support public arts funding. In a different post, “Taxpayers burned as NEA-funded art goes up in flames,” Steward is even more clear in expressing his belief that no government funding of arts is ever appropriate—and his refusal to entertain any justification, aesthetic or otherwise, for the practice. Completely ignoring the economic impact of the wildly successful Northern Spark festival on downtown St. Paul, Steward suggests that taxpayers who supported Chris Larson’s burning house were left with “nothing…except for ashes” and quotes a small-government advocate who says, “this once again demonstrates the folly of government involvement in funding of the arts.”

If that’s what Minnesotans truly believe, that government programs funding art are sheer “folly,” that to attempt to make distinctions among artists is to act with “no rhyme or reason,” let’s have that conversation and put the MSAB on the chopping block. We haven’t actually had that conversation, though, as Minnesota Citizens for the Arts—an advocacy group—explained in an e-mail to supporters.

“Coming late in the [legislative] session, with the bullhorn provided by TV, there was no way to explain the nuanced process or goals of travel in this program. As the controversy blew up, with outcry on both the House and Senate floors, even our friends at the legislature saw the danger to the Individual Artist program and to the whole arts appropriation. The tempest was so quick and loud that rational discourse on the merits was not possible. So our legislative friends had to agree to the travel restrictions to make sure they protected the individual artist program, and by extension arts funding as a whole.”

Surely to the likes of Steward, phrases like “nuanced process” sound like bullshit justifications by artists who just want to keep making pork-funded excursions to exotic destinations. To make that conclusion, though, is to essentially conclude that any process considering artistic merit, popular regard, or non-economic factors whatsoever is by definition invalid. In other words, “art” as something that can be meaningfully discussed in an internally consistent manner doesn’t actually exist.

It’s one thing to say that public funding for the arts needs to be cut. It’s another thing to say that a body selecting a master of Indian dance as a deserving grant applicant is throwing money away with “no rhyme or reason.” Is that actually what the people of Minnesota believe? Is that actually the perspective we want our elected leaders to take?

Many have called the Legislature’s decision provincial, and of course it is—but that doesn’t even get at the crux of why this decision is so deeply offensive to all Minnesotans who care about art. Sen. Michelle Benson told the Star Tribune that she’d rather see the grant money go to education, but that’s disingenuous: it wasn’t an exposé about the paucity of funding for arts education that prompted this change, it was artist-shaming media reports that thousands of Minnesotans chose to take seriously.

Yes, let’s call this what it is: artist shaming. This directive came down because Minnesotans, when told that artists who say travel is important to their careers are full of shit, believed it. This change happened because Minnesotans, when told that any means of evaluating artistic merit is completely arbitrary and shouldn’t be taken seriously, agreed. This change happened because Minnesotans, hearing the suggestion that artists at the highest levels are essentially conspiring to hook each other up with state funds on the basis of the fictional concept of “furthering their artistic careers” (that must be a fictional concept, since apparently all art is arbitrary, so how can an artistic career be “furthered”?), said amen, cut ’em off!

If we really don’t trust the Minnesota State Arts Board to make defensible decisions regarding arts funding, then let’s have a discussion about that and dismantle it. If, however, we do trust the MSAB—and I think that having recently passed the Legacy Amendment, we do—let’s allow them to do the job we assembled them to do and not allow knee-jerk artist-shamers to throw tacks under their tires.