True Grit remains in competition in the Oscar Makeup category.

Seven films remain in competition in the Makeup category for the 83rd Academy Awards, the Academy of Motion Picture Arts and Sciences announced.

The films are listed below in alphabetical order:

The makeup branch is a relatively new Oscar category. This will be the fourth year the gold statue will be presented in this division at the Academy Awards.

On Saturday, January 22, all members of the Academy’s Makeup Branch will be invited to view 10-minute excerpts from each of the seven shortlisted films. Following the screenings, members will vote to nominate three films for final Oscar consideration.

Ethan and Joel Coen, formerly of the Twin Cities, co-directed True Grit and co-wrote the screenplay. They also were co-producers and co-editors of the film. 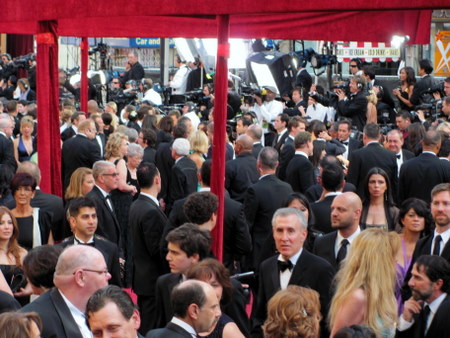 Meanwhile, the Oscar Red Carpet preshow has been expanded.

Oscars Red Carpet Live, which has been extended from 30 to 90 minutes, will air on the ABC Television Network beginning at 4 p.m. PT/ 7 p.m. ET, immediately preceding the Oscar telecast.  Cohen and Mischer also serve as executive producers for Oscar’s Red Carpet Live.

Haykel and Hare, who have longstanding associations with Mischer—14 and 18 years respectively—are also serving as consulting producers for the 83rd Academy Awards telecast.

“We’re excited to be working on the pre-show, and it’s great that it’s been extended to 90 minutes,” said Haykel and Hare in a press release. “In addition to having more time to talk to the biggest movie stars in the world, we’ll be able to take the viewers behind the scenes before the biggest event in entertainment.”

The 83rd Academy Awards nominations will be announced live on Tuesday, January 25, 2011, at 5:30 a.m. PT in the Academy’s Samuel Goldwyn Theater.

Academy Awards for outstanding film achievements of 2010 will be presented on Sunday, February 27, 2011, at the Kodak Theatre and televised live by the ABC Television Network.