With Republicans offering fewer than a dozen amendments, the House passed a bill 126-2 that would provide relief to state taxpayers and to businesses faced with a new set of sales taxes.

Flush with a projected state $1.23 billion surplus, HF1777 garnered bipartisan support in the House Taxes Committee and made a quick trip to the floor.

“This is designed to benefit middle class Minnesotans with tax cuts. I want to underline that we are voting quickly. We need to do federal conformity right now because people are doing their taxes right now,” said Rep. Ann Lenczewski (DFL-Bloomington), the bill’s sponsor. In an earlier press briefing, Lenczewski hinted that another tax bill could follow this session dealing with property tax issues.

The $503 million bill now moves to the Senate where Sen. Rod Skoe (DFL-Clearbrook), chair of the Senate Taxes Committee, is its sponsor. 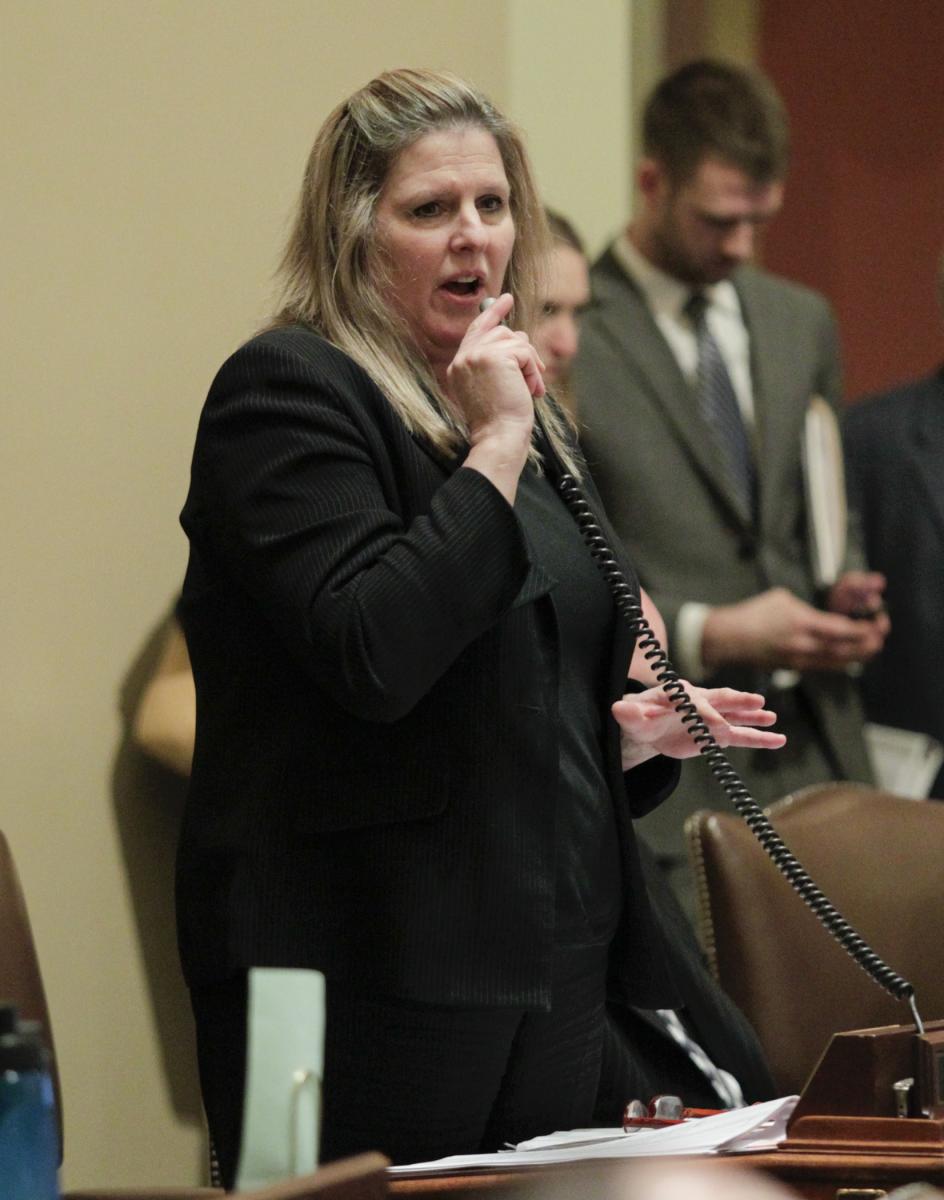 The bill would conform the state’s individual income tax and corporate franchise tax retroactive to tax year 2013. However, one popular item —the increased married standard deduction — would be delayed until tax year 2014.

Rep. Jenifer Loon (R-Eden Prairie) successfully offered an amendment that would make the dependent care credit applicable to this year, rather than next as proposed in the bill.

“With a $1.2 billion surplus and less than half of that devoted to tax relief, this bill doesn’t go far enough,” Loon said.

The credit would be paid by a one month delay in a repeal of a telecommunication sales tax. Since July 1, 2013, a sales tax has been imposed on the telecommunication industry. It is projected to generate approximately $33 million by June 30, 2014. Rather than giving the companies a refund, the money would be used to support the credit and fund grants to provide broadband infrastructure development incentives.

“Let’s delay it for one month and the money that we book from that will pay for the credit. Think with your heart and heads,” Loon said.

After being enacted last session, the business community objected to three new sales taxes that were imposed. The bill proposes to repeal the sales tax on such items as repair and maintenance of equipment, and warehousing and storage service.

Several deductions are extended through tax year 2013 only. They include:

The bill provides a $1.17 million one-time appropriation to the Revenue Department for the cost of implementing the tax code changes.