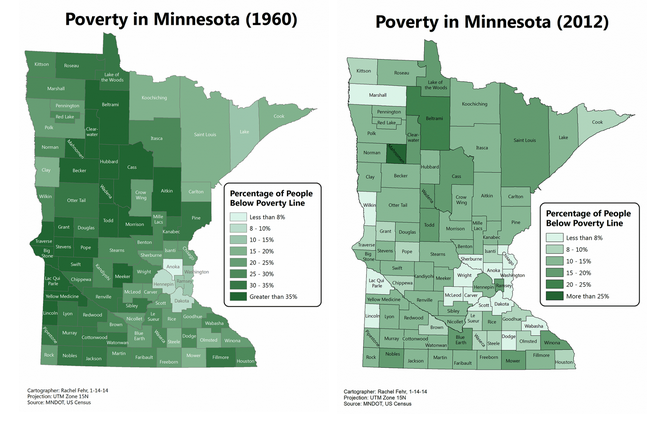 This month marks the 50th anniversary of the War on Poverty, which began in 1964 with President Lyndon B. Johnson’s State of the Union address. This initiative led to the creation of Medicare, Medicaid and the Food Stamp Act. Despite the importance of these programs and the issue underlying the War on Poverty, many have dismissed the initiative as a failure. To evaluate whether long term trends have been positive in Minnesota it can be helpful to compare the spatial distribution of impoverished populations in 1960 to the situation today.

The majority of counties in Minnesota have seen falling poverty rates over the past 50 years. The concentrations of severe poverty in the north-central and western parts of the state have improved, and impoverished populations are no longer clustered in any particular region of Minnesota.

The Twin Cities metro area has seen drastic changes since Johnson’s declaration of War: poverty has been reduced by up to 10% in the surrounding counties, including Sherburne, Wright, Carver and Scott, while Ramsey and Hennepin have actually seen poverty increase by roughly 5%. This trend is reflective of the movement of wealth to the suburbs as the commuter population expands, among other factors. 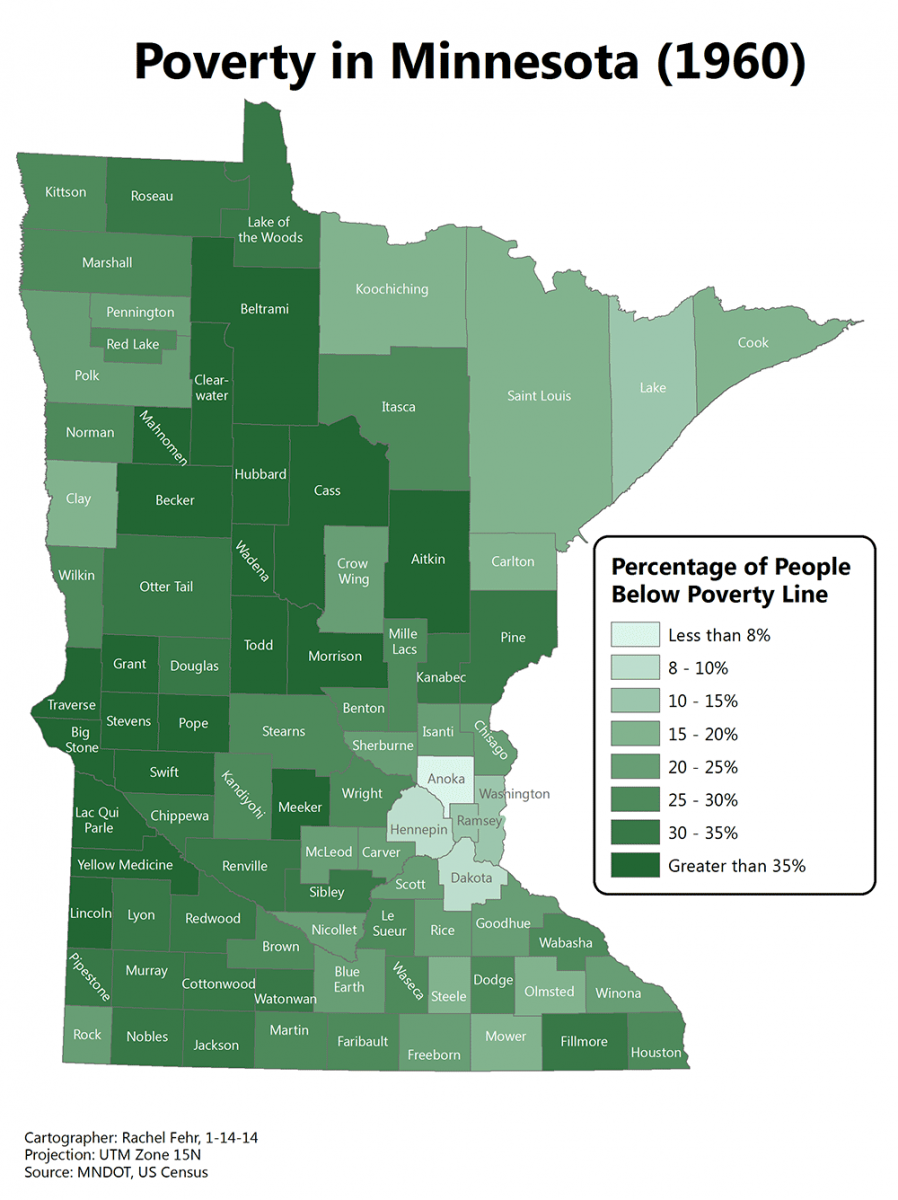 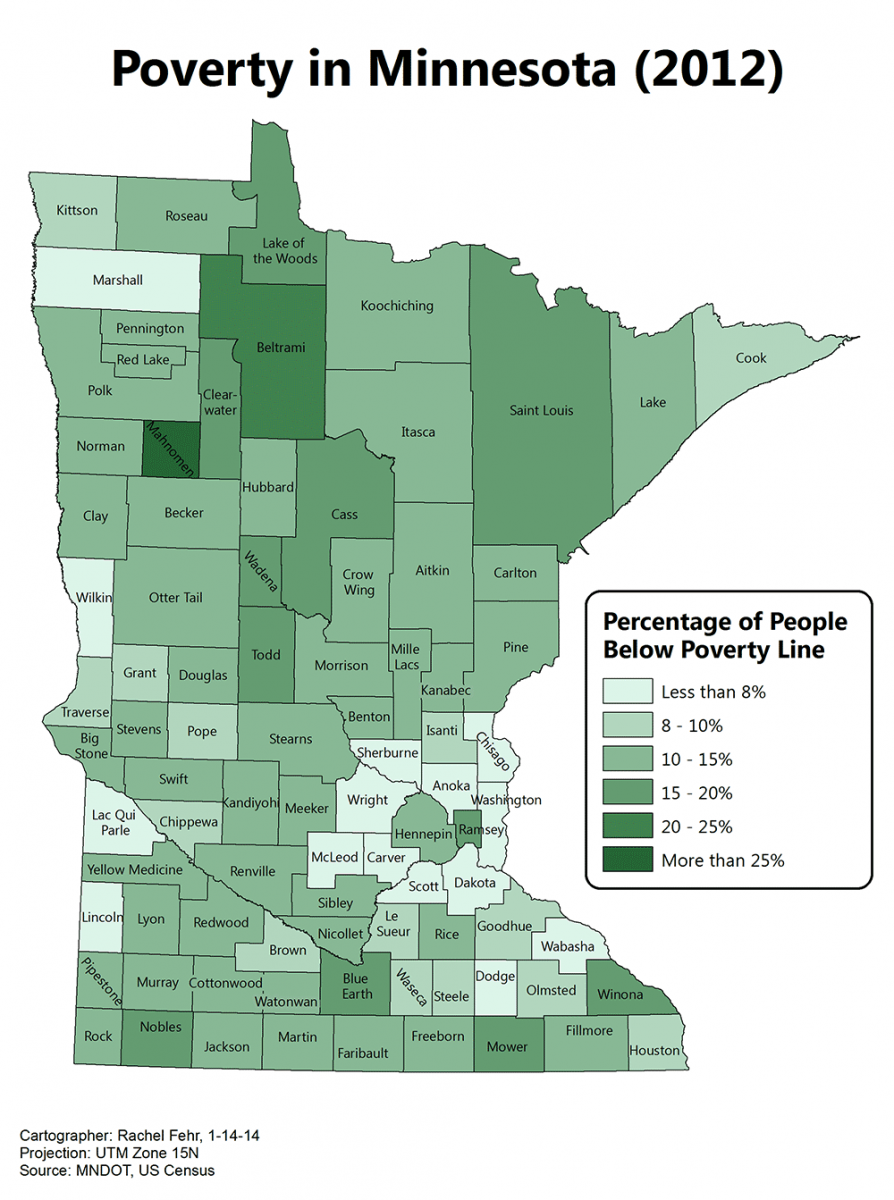 The increase in poverty with the Twin Cities reflects a high concentration immigrants and statewide equity gaps in employment opportunities and pay rates. Although immigrant families make up 30% of all families in Minneapolis, they account for 68% of all impoverished families. The low-wage jobs worked by many new Americans fail to provide compensation above the poverty threshold of an $11,490 annual income for an individual, with higher thresholds as family size grows.

While the War on Poverty instituted a safety net of welfare programs that generally increased prosperity across Minnesota, poverty is still a pressing issue. The data shown above is averaged over all demographics; much of the improvement since 1964 has come from the relatively wealthy. Income growth is stagnating for minorities, recent immigrants, and those without college degrees. Policymakers must learn from Minnesota’s experience during the War on Poverty in order to develop viable solutions to alleviate economic inequality going forward.