It’s no secret that I’m a sidewalk proselyte. I’ve been known to wander the streets with my careworn copy of Jane Jacobs under my elbow, reading from it at random to passers by. (Note: a little bit too much like this guy.)

Lately I’ve been handing out copies of Jeff Speck’s Walkable City to people (especially politicians) in the hopes that they’ll read it. Speck’s book is a concise engaging guide to making places that people care about. He distills walkability down to ten easy steps, and even makes complex topics like parking policy reform seem simple. If you were stuck on a porkchop island with only one urban design book, this is a good choice.

Speck’s final chapter is probably the most interesting. Step 10 is entitled “Pick Your Winners,” and is more about tactical politics than design guidelines. Essentially, Speck argues that cities need to undergo a kind of “urban triage,” whereby they focus investment on the few places where it might make a difference. He writes:

A shockingly large amount of money is currently being spent adding walkability enhancements to streets that will never attract more than the occasional stranded motorist hiking for gasoline. In half the cities I visit, I am given a tour of some newly rebuilt street, ofteh the main corridor out of downtown, that has been dolled up with the latest streetlights, tree grates, and multicolored pavers, as if these modifications will create walking in a place where there is almost nothing to walk to.

This will ring true for anyone who has ever seen a nice sidewalk in the middle of nowhere. Seeing money thrown away like this is frustrating when so many potentially quality urban streets remain disinvested.

Speck then continues with a question:

Where can spending the least money make the most difference?

The answer, as obvious as it is ignored, is on streets that are already framed by buildings that have the potential to attract and sustain street life. […] Most cities have their fair share of streets like this, where historic shopfronts and other attractive buildings line sidewalks that are blighted only by a high-speed treeless roadway. Fix that street, and you’ve got the whole package, or close to it.

Speck then continues by outlining how we need to focus our precious city resources on almost walkable streets that connect nodes of activity to form a system of “anchors and paths.” The key, he concludes is that “streets are either in or out,” which is a lesson that might be politically difficult for decision makers used to evenly distributing investment. Only through focusing walkability onto a few key spots will you start to actually change how a city feels and behaves.

This lesson is particularly important for cities like Saint Paul that have swaths of unwalkable modernism at their core. I’ve long been frustrated by the blank walls of downtown Saint Paul. Over the years the whole skyway-saddled middle of the city from Wabasha to Jackson, and 7th to Kellogg is an unpleasant place to be on the sidewalk. If you want to go for a pleasant stroll through downtown, you’re best sticking to orbits around one of the two parks.

Since I moved closer to downtown a few years ago, I’ve spent a lot of time in downtown Saint Paul and trying to figure out what to do about connecting the walkable neighborhoods surrounding the two parks. And the answer is pretty clear: 4th Street.

Of all the possible streets that run East-West across downtown Saint Paul, 4th Street has the most buildings with doorways and windows that come up to the sidewalk. Unlike 5th and 6th, it’s a two-way street (at least until the LRT was built). It has a lot of historic buildings like the 1st National Bank and the Pioneer-Endicott. It goes right past City Hall, the library, the train station, Rice Park, and the Farmer’s Market. 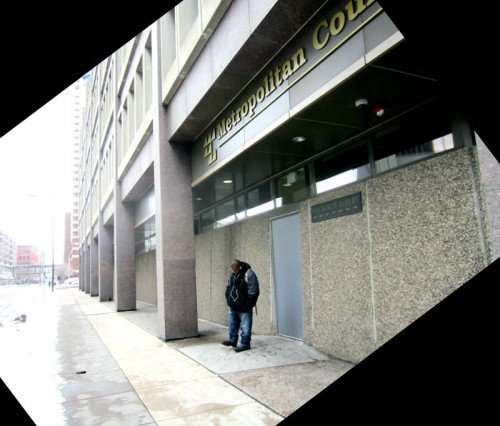 Right: This is not 4th Street.

Meanwhile, 5th, 6th, 7th, and Kellogg Boulevards make for some pretty terrible strolls. Despite all the lovely institutions in Saint Paul, the majority of buildings in Saint Paul treat the sidewalk like a prison guard’s sunglasses. Most of the walls are blank. If buildings do have windows, they’re vacant or reflective. Most doors are mere symbols, and many of the buildings are set back behind empty plazas that offer the illusion of “nature” to nobody.

Given how far Saint Paul has to go, 4th Street is the best choice. It’s an ideal place to try out Speck’s advice. If we can get more active storefronts, trees, bike racks, and people out on 4th Street to connect Lowertown to Rice Park, we might begin luring people out of the skyways and cars, and into the real world. 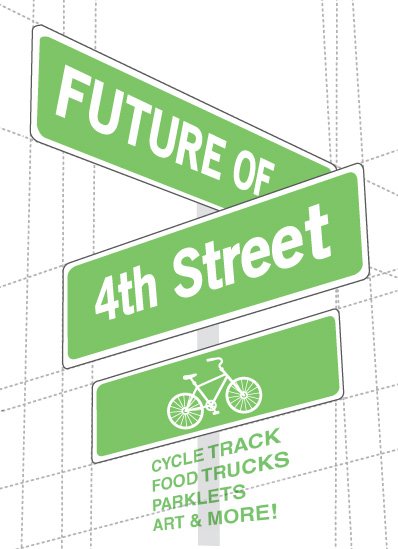 That’s why I’m excited that downtown leaders are considering partially making 4th Street into a walking/biking street, and potentially including it into the proposed downtown bicycle loop. This Thursday Saint Paul Smart Trips (along with the Musicant Group) are going to be hosting an event called the Future of 4th Street:

The Future of Fourth will open Fourth Street in downtown St. Paul as a place for people, not just cars.The street will be open for bike and pedestrian traffic only from Minnesota Street to Wacouta Street.

This “greenway for a day” will demonstrate protected bike lanes on the street, like those recommended in the recently released St. Paul Bikeways Plan. The event will also showcase the development potential of the street through pop-up shops and placemaking activities, turning Fourth Street into a place people want to be.

Basically, it’ll be a lot like an Open Streets event, only on a Thursday, and will lead right into the annual Great River Gathering dinner featuring Gil Peñalosa. What fun!

There are certainly more things we can do to 4th Street to make it more walkable and enticing. Imagine something on the green space next to the Cedar LRT station, or actual storefronts and doors on the outside of the 1st National Bank building. Imagine a better plaza outside Kellogg Square, or something other than a surface parking lot at the corner of 4th and Wacouta. Imagine bike parking at the Farmer’s Market.

But it all begins with walking. Despite some of the missing teeth, right now 4th Street offers the best connection in downtown Saint Paul, and that’s why the city should focus on making the walk as pleasant, comfortable, and engaging as possible. This Thursday should be a great start. 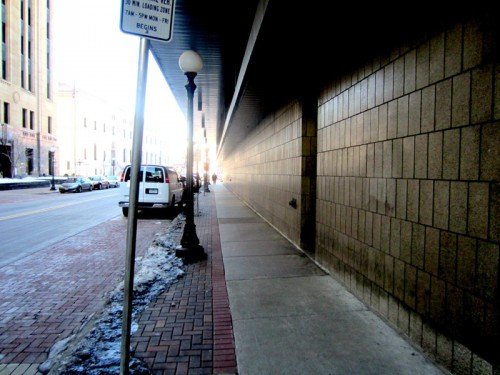