30 Days of Biking is a movement that started in Minneapolis and uses the connective power of social media to make a sometimes solo venture – riding a bike – not such an individual event.

“It makes you realize that there’s this entire community of people who are supporting you,” Stephenson told Minnesota Public Radio. “For people who aren’t used to biking every day, it’s a bunch of people – invisible people — essentially around the world who are saying ‘you can do it. We support you. We’re there with you.’”

How to participate? Pledge to ride your bike – any distance – every day during the month of April. Then, share your ride online.

Highlights from the Minnehaha Falls Kick-Off

Saturday the group rallied at Minnehaha Falls for a group kick-off ride. Look for more social rides through the month of April. 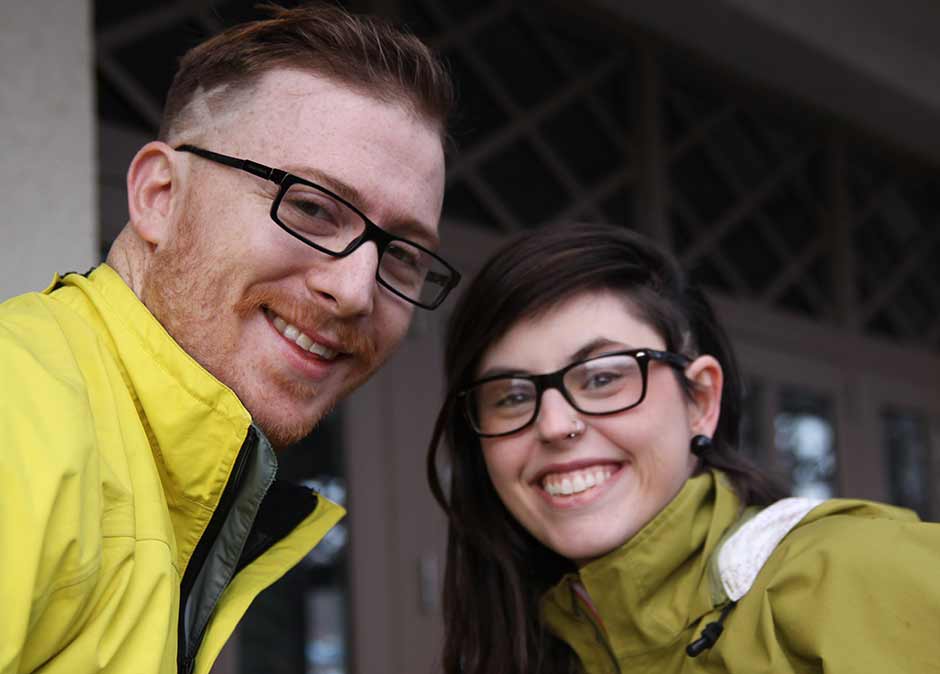 Organizers Patrick Stephenson and Katrina Wollet were planning on a group of about 150 bikers at Saturday’s kick-off ride. They’re also both rocking the 30 Days of Biking chain logo. See it? Check the ‘do. 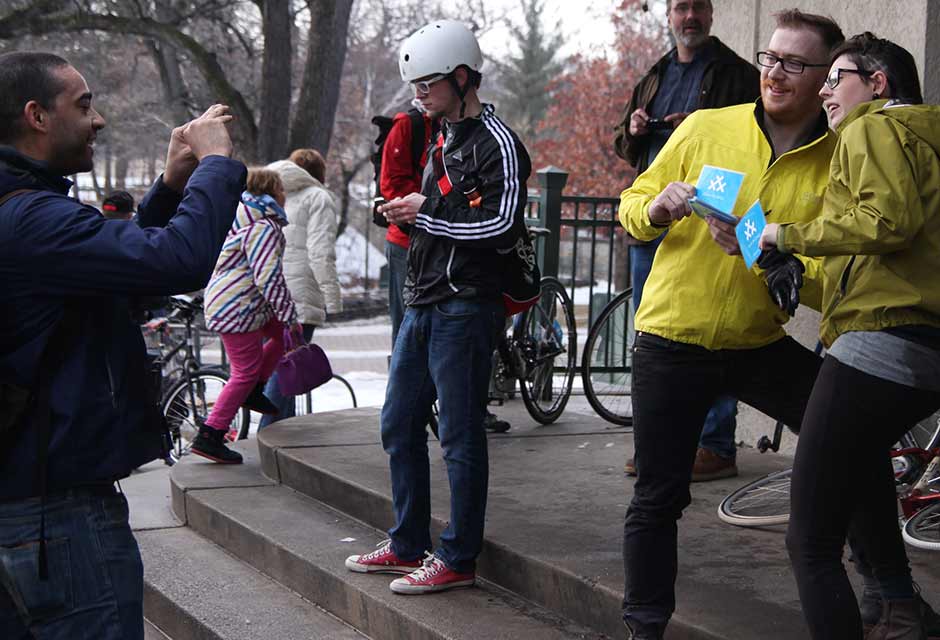 30 Days of Biking has participants from all over the world, which is due in large part to the group’s social media reach. While bikers were waiting to start, there were lots of people recording the event with cell phones and digital cameras. 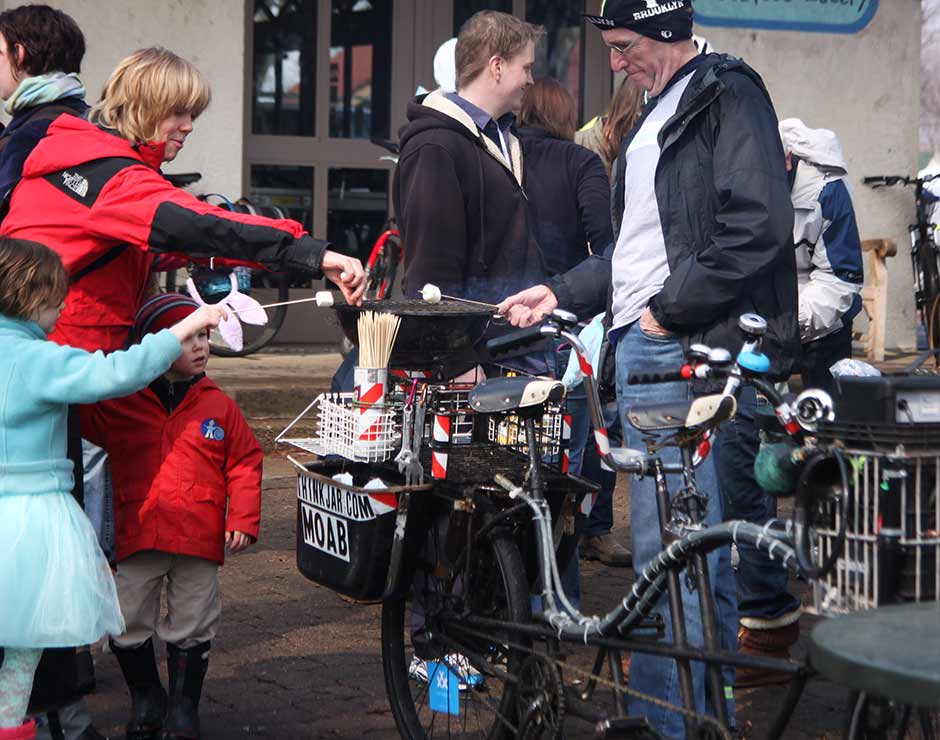 A tandem bike with a grill for roasting marshmallows was a big hit with bikers and Egg Hunt participants. 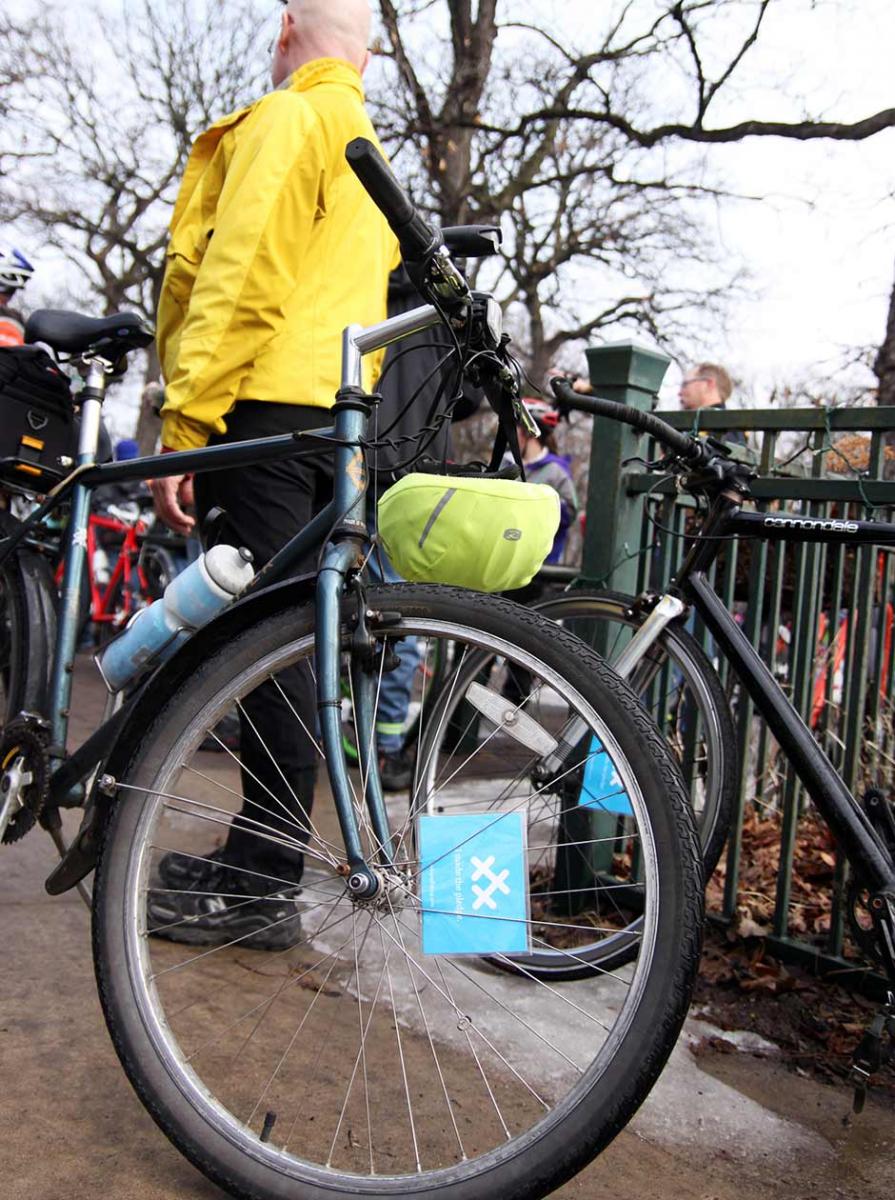 Ride participants got an “I took the pledge” spoke card with the 30 Days of Biking logo – a bike chain. 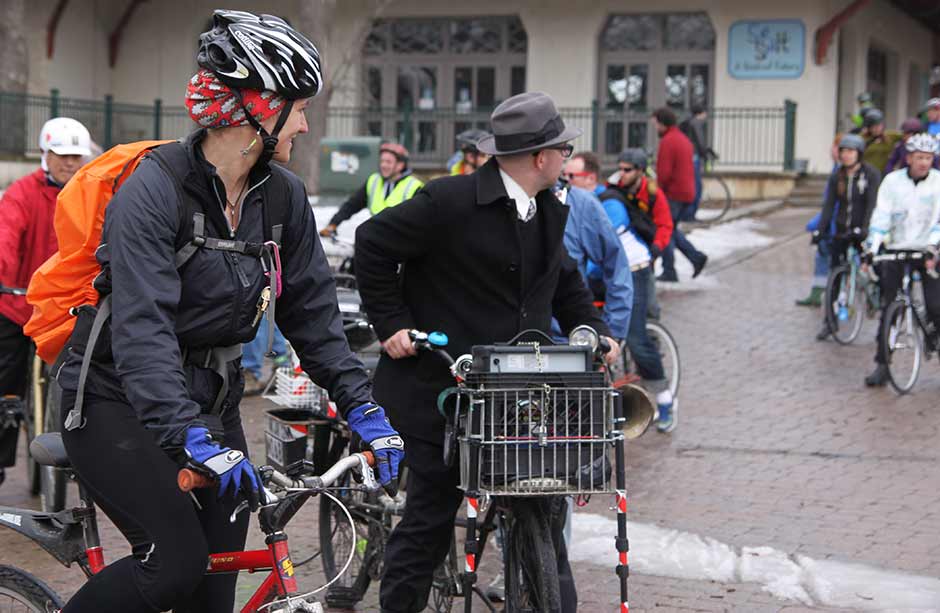 Cyclists wait for the ride to begin. The group wasn’t exclusive to a certain type of biker. We spotted lycra, jeans, Chuck Taylors, and even a shirt and tie. 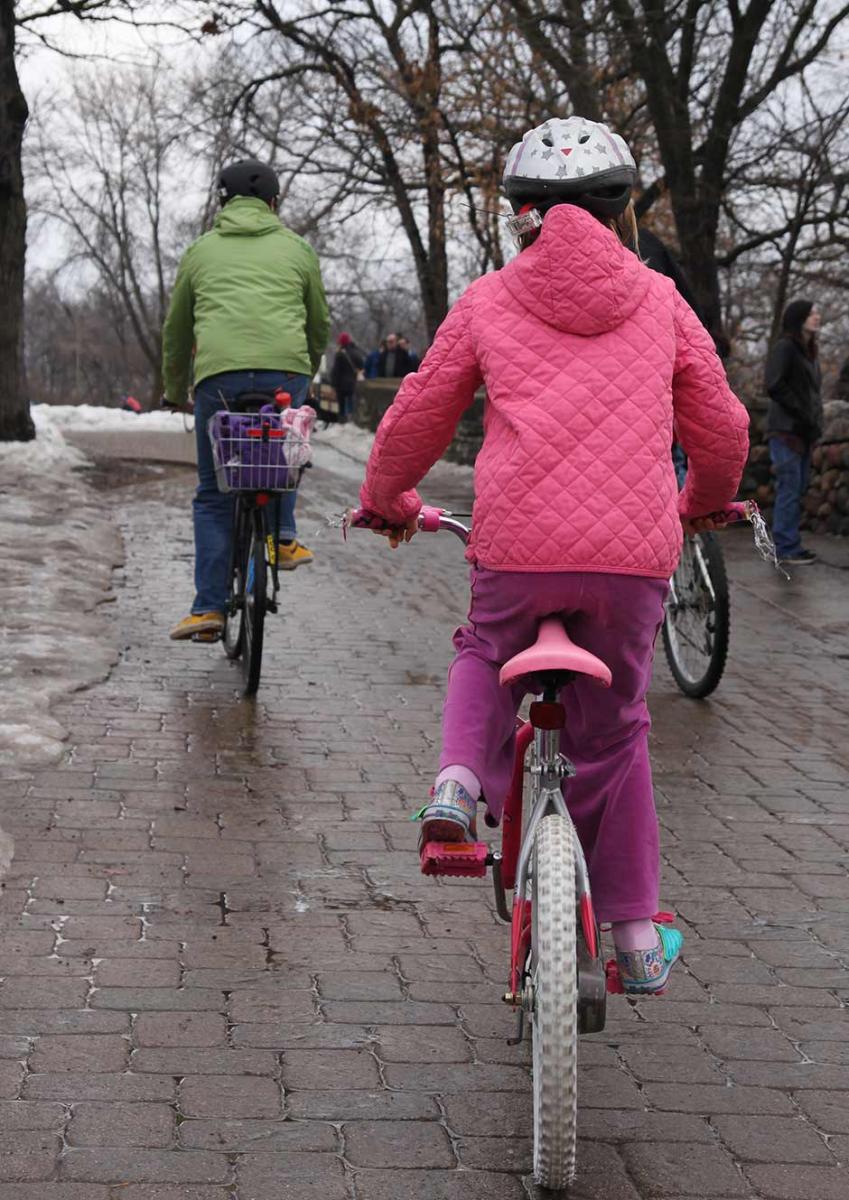 Families were also a part of the bike ride. This girl sets off from Sea Salt with her streamers fluttering in the cool March breeze.