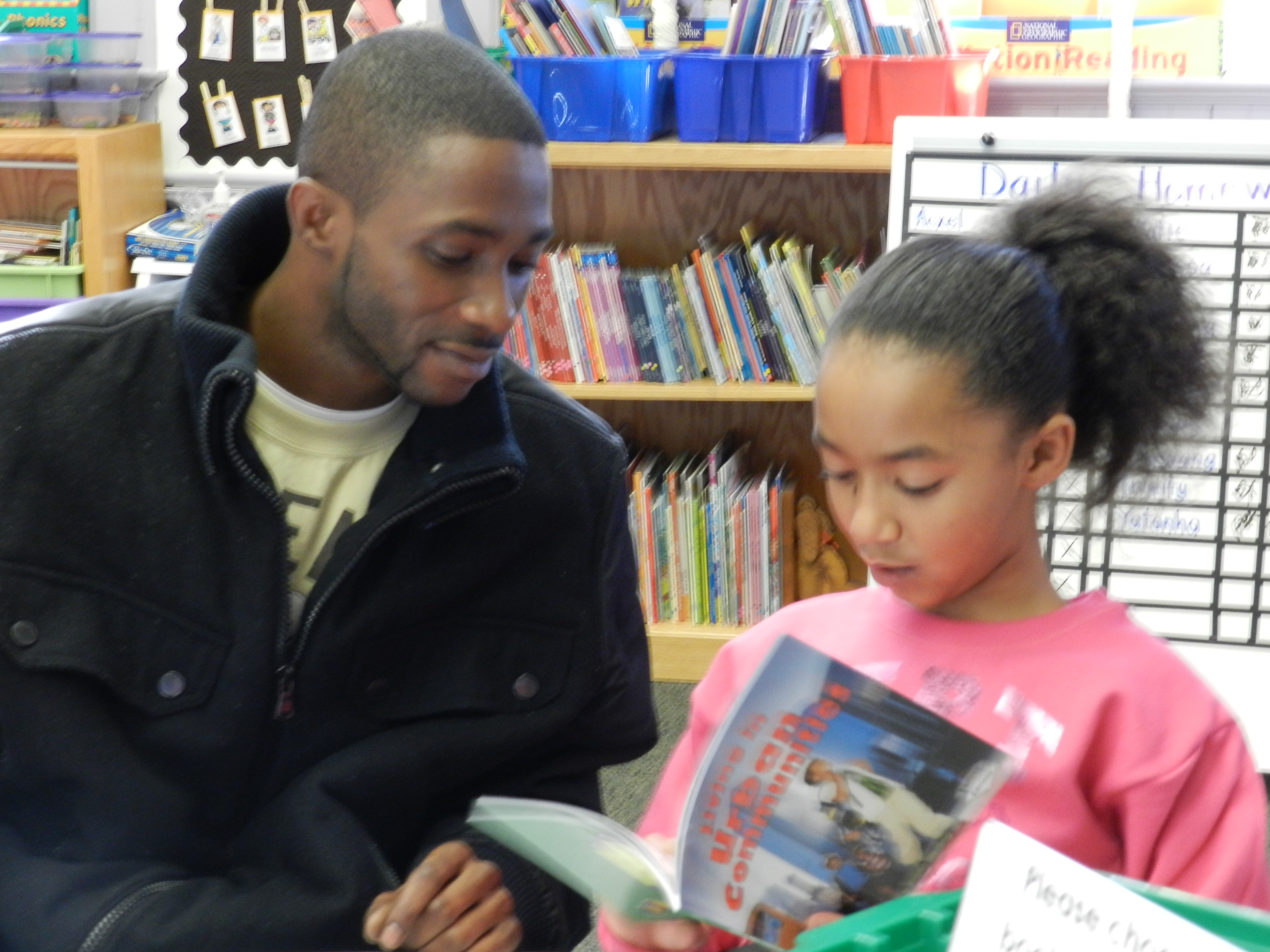 What should the top educational priority be for Congress and the Obama Administration?

Twenty-seven Minnesota education leaders responded when I asked this question recently.  Their responses fell into several major areas. Some urged expansion of strong early childhood programs; a number cited more support for Special education or a broader array of assessments, beyond standardized testing, and some favored greater support for replicating outstanding district and chartered public schools.

St. Paul Superintendent Valeria Silva and Dennis Carlson, Anoka-Hennepin Superintendent spoke for many when they pointed to help with costs of serving students with special needs.

Superintendent Silva explained,”I would encourage President Obama and our Congress to meet the funding commitments they’ve already made to school districts — especially for Special Education and Title I — before adding new programs or commitments.  I would also advise them to be very thoughtful about assessment requirements in their reissuance of ESEA.”

Superintdent Carlson told me,  “We need a bipartisan approach to address Special Education funding.  The Anoka-Hennepin school district is now subsidizing special education services to students using $31 million annually from our general fund. We support wholeheartedly the services to our special education students but it should not come as a cost to our other students. State and Federal mandates should be adequately funded or the statute intent is not genuine.”

Jerry Hansen, Milaca superintendent was clear and concise, “Please fully fund special education.  Keeping this commitment will have a positive impact for all school age children across the country.”

Lisa Hendricks, director of Partnership Academy charter in Richfield was one of several who wrote, “…to tackle the massive achievement gap we have in our nation (and especially in MN) we need to get serious about finding ways to fund early childhood/ Pre-K.  The research is clear and we have been talking about it long enough, its time to do something about it and make it a priority.”

Correy Lunn, Stillwater schools superintendent explained  “My number one priority in education for the next President to help our public schools is to: “Strengthen the public’s perception about the need for education. If the public does not place a higher value on the importance of an education and lifelong learning, how will our country remain a global leader? Likewise, if those in the field of education are not valued and supported in a collaborative spirit – educating our youth together – it will become more and more difficult to find exceptional people to teach our youth.”

“1.  Reauthorize the Elementary and Secondary Education Act/Title I as soon as possible.   It is already far overdue. 2.  Mandatory funding for IDEA (federal special education law) at 40 percent of the national average per-pupil expenditure.”

According to the non-partisan publication Education Week, Congress promised to pay approximately 40 per cent of the cost of special education costs when the initial federal law was passed in 1975.  But current federal spending is about 16 percent of the costs.  Providing 40 per cent would involve going from about $11.5 billion to about 35.3 billion.  Legislation that would do this by 2021 was introduced earlier this year.  But it did not pass.

Edina Superintendent Ric Dressen, wrote, “My number number one priority is to move education’s vision for our nation forward with a greater focus on power of technology and need to ensure the funding commitments for special education are met.”

Jane Berenz, ISD 196 (Rosemount/Apple Valley/Eagan) urged the President to: “create an environment that honors and elevates the profession of teaching by investing in and supporting the professionals who are in front of our children every day.”

Gregory A Winter, Braham superintendent believes, “The current presidential administration, as we have seen, has put too much emphasis on school reform.  Although, there certainly does exist a in some states a need for a global look at reform for school systems, what is getting lost in the process is early childhood education.  There needs to be a continued effort on early childhood programs such as ECFE and Head Start.  Even more importantly at the state level, we need to implement all day, every day kindergarten across the state.”

Linda Madsen, Forest Lake Area Schools superintendent suggested, “Reform No Child Left Behind (NCLB), provide incentives for innovation and success but do not label good schools as failing. The current NCLB system has some very valuable components, and school districts have benefitted from the program. Yet, the current “all or nothing” configuration essentially labels schools as either great or terrible, and far too many good schools are labeled as terrible due to failing to achieve 100 percent success. Also, the adapted NCLB format that Minnesota was allowed to implement was successful in focusing more on student growth. Reward the great schools, help the struggling ones. Nationally, we need to continue to turn our attention on the degree to which students are advancing and what we can do to accelerate that growth rather than spending all of our energy on the “final product” without any sense of what gets students there.”

Tom Dooher, president of Education Minnesota agreed and added to these priorities.  He wrote: “My top priority for the next president is to stop treating federal education policy like a political football and bring some stability to our schools. That starts with closing the Pell Grant shortfall once and for all, actually honoring the federal government’s  promise to pay for special education in the states and replacing No Child Left Behind with a new law that creates sensible accountability while preserving flexibility at the state and local levels.”

Jason Ulbrich, executive director of Eagle Ridge Charter in Eden Prairie, wrote: “ My number one priority in education for the next president… is to encourage high performing schools to share best practices and reproduce.  This would include providing promised funding on time and to give flexibility in utilizing federal monies. “

Cam Hedlund of the Lakes International Charter in Forest Lake spoke for many district and charter leaders, “Please move away from standardized test scores as the sole measure of a school’s success.  Please insist that states measure school success by how well educators meet the needs of the whole child, by how well they help students become well-rounded world citizens, by how well they help students maintain physical and emotional well-being and balance and by how much students come to love learning and maintain a sense of inquiry throughout their lives.”

Vern Capelle of Upsala explained, “My number one  priority in education for the next president to help our public schools is to reform the ESEA so that the focus is on student growth and achievement, rather than solely on standardized test scores.  Our students have many individual differences and needs that must be considered when establishing realistic achievement goals.  Focusing on growth, rather than a uniform set of standards, will encourage students to become active and engaged in their learning, and also will allow schools to develop a curriculum that provides the knowledge and skills to prepare students for their future.”

Steve Jones, Little Falls superintendent wrote, “My number one priority in education for the next president to help our public schools is: To have the President fully understand how the mission of education has changed in the past four decades (and continues to change).  Schools have been charged with being not only academic institutions but also we are also social organizations that fulfill multiple needs in the lives of children.  However, we are still viewed by legislators and politicians as the types of schools they attended as children in the 1970s and 1980s; their perception of “what is” in education does not match the reality of “what it really is.”

Ben Barton, Caledonia superintendent believes, “Our schools must be relevant to our changing world.  In recent history, the federal government mandated accountability in schools for student achievement in reading and math.  These accountability measures have increased pressure on schools to focus on reading and math at the risk of reducing student opportunities in other areas.  Reading and math are important, but it is not the only thing that is important.  I would like to see the federal government encourage schools focus on programming that will promote 21st century skills such as:critical thinking and problem solving, collaboration agility and adaptability initiative and oral and written communication, entrepreneurialism \curiosity and imagination.”

Our taxes have paid for development of new assessments that are supposed to give a broader, more complete view of student progress.  Standardized tests measure some, but not all important things we want students to learn.

It may be naïve to think that Congress and the president will agree on most, or even all of these suggestions.  But I think it’s a good list.  I hope legislators listen to and learn from these folks.