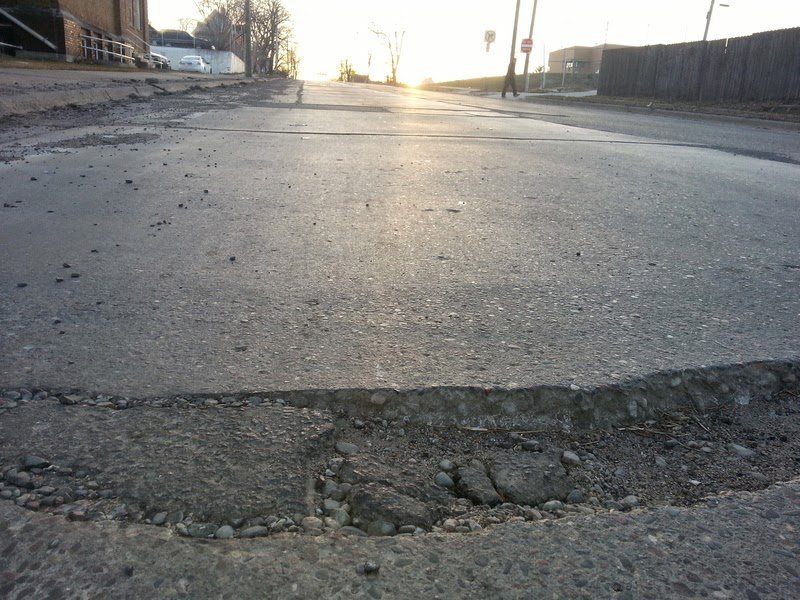 To the credit of our city officials, 26th Avenue North has seen quite a few potholes filled, CM Yang and his staff have been incredibly responsive since I brought the issue forward, and the corridor is slated for a makeover beginning (finally!) next year. Its condition is still deplorable and worthy of mention to keep the pressure on our city to follow through with long-overdue repairs.

In early April, the Star Tribune posted an article titled, “Where you live in Minneapolis matters for pothole fixes.” The gist of it being that–spoiler alert!–folks in north Minneapolis don’t get the same level of basic services as the ritzier parts of town. City officials were credited with the explanation that other areas get more and better service because they report issues more frequently. That led to some rather entertaining backpedaling by our mayor and others, which can be summed up this way: “That allegation is not true at all and anyway, we are taking the appropriate steps to correct it.”

While that was going on, I made it my own personal mission to document each and every pothole on 26th Avenue North. My first step was to call 311 and ask for the actual definition of a pothole. After all, I anticipated that I would be reporting a considerable number of them and didn’t want to inflate that beyond what was actually there. The official 311 response was that there was no set definition for length, width, or depth of a pothole, but that it was “anything that makes a car bump.”

So every two feet of the corridor, basically. And even the temporary fixes are bumps and could, under the 311 definition, be called in again. But we’ll let them off the hook on that one.

Ironically, I had a plan for capturing video footage of each and every pothole and compiling it in such a way that it would have been flat out epic. But then the city had to thwart that plan by actually fixing things. Still, I managed to get some footage of what it’s like to drive down the avenue.

What ground I did cover, though, was from Penn Avenue to Theo Wirth Parkway, 3rd St N to 6th St N, and Lyndale to Bryant. On those blocks, I documented 125 potholes using the city’s definition. I posted each of those to my Facebook account and to the 311 system, earning over 1400 civic points in the process. My estimate was that by the time I covered the corridor as a whole, I would have made roughly 400 separate pothole reports and racked up several thousand 311 civic points, which in combination with $2, would have bought me a cup of coffee at Sammy’s Eatery.

Which brings me back to the original Strib story. The claim was made that north Minneapolis doesn’t get the same level of service from the city because we don’t call 311 as much. Well just from my own mini-crusade, that led to more folks calling 311 on potholes along the corridor. CM Yang and his staff pushed for a (ahem) concrete definition of a pothole as well, and public works has filled in some spots that have been festering for years. The 311 system works, folks. Let’s make more use of it.