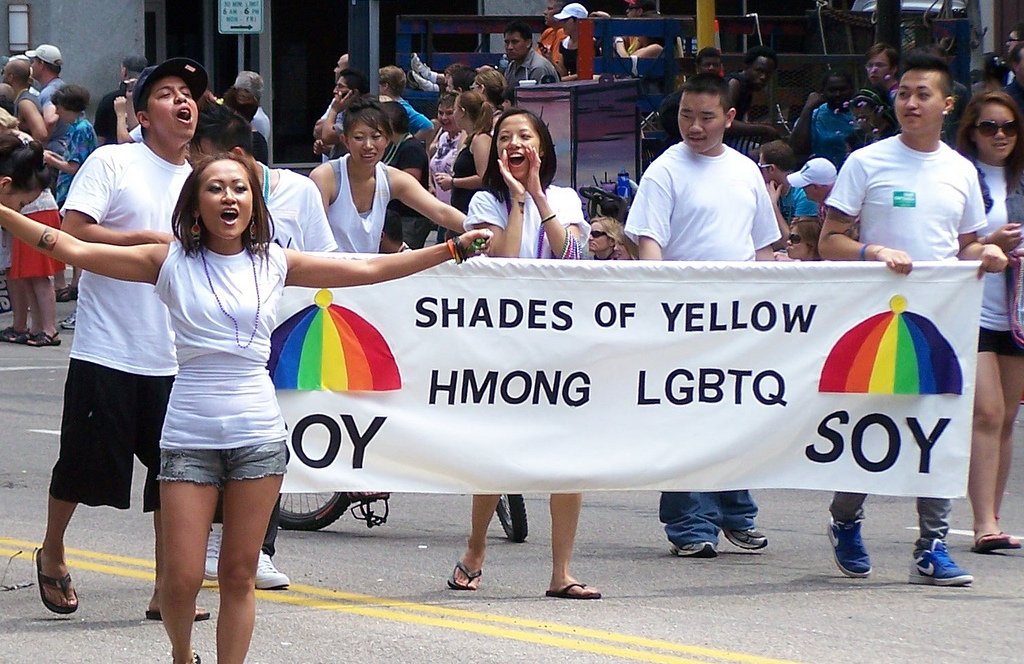 A new report by Jay Walljasper, being adapted for publication in MinnPost, argues that the Twin Cities have an identity crisis—that we aren’t selling our many virtues well enough to the rest of the country. Be that as it may, there are also some substantive issues that affect our quality of life and our desirability as a place to relocate. (Update: I wrote this post before reading the rest of Walljasper’s report; the second portion adapted for MinnPost touches on many of the issues I raise below.)

We need to embrace…

• Our diversity. Not only is our public image that of a bunch of Scandahoovians standing at 45 degree angles and talking about the weather, that’s the image too many of us have of ourselves. We make cracks about how white Minnesota is—but that’s simply not true any more. People joke about how wacky it is that Somalis would come from Africa to Minnesota, of all places—but why wouldn’t Somali-Minnesotans appreciate the same things about our state that, say, Norwegian-Minnesotans do? Our diversity is a strength, not a punch line.

• Our isolation. Even in the online era, Minnesota’s geographic isolation is a defining characteristic. It takes several hours to drive to Chicago, and much longer to get to either coast. Unless you’re wealthy enough to be a jet-setter, it’s a pain in the ass to get here and a pain in the ass to get out. That means we need to huddle together in a way that can feel insular, but also creates a powerful sense of community. We should acknowledge that to ourselves and to the world: we’re an awesome place in the middle of freaking nowhere.

• Our arts scene. We often talk about our vibrant arts scene, which is great; but we also need to realize that it didn’t magically arise from the sky-blue waters. Our arts scene is strong in large part because we’ve chosen to invest community resources in it: from corporate support to the Legacy Amendment. Silly shenanigans like the hair-splitting over whether state funds are ever used for out-of-state travel by artists are an embarrassment. Let’s keep supporting the people who make the art happen.

• Our seasons. As Walljasper points out, and as many Minnesotans have discovered, much of the rest of the world doesn’t realize that it ever gets hot here. The seasonal variation in our climate is more extreme than any other place in the world except for Siberia. We should play into that: Minnesota is a great place for people who don’t want boring weather, but also don’t want high rents and hurricanes.

We need to fix…

• Our segregation. The Twin Cities are deeply segregated by race and by income. Housing, schools, and public spaces are segregated to a level that’s shameful, and isn’t getting better very quickly. This drags us all down, and can be a major turn-off for people who might consider moving here. If we’re going to grow and be competitive, we need to start thinking creatively and aggressively about addressing the structural and cultural causes of this segregation—now.

• Our achievement gap. Everyone will tell you how wonderful the Twin Cities’ public education system is—except people who live in, say, North Minneapolis or East St. Paul. Our achievement gap is among the worst in the nation, and there should be a moratorium on making any more puffed-up brags about education in this state as long as that remains the case. Remedies should start in early childhood and extend up through our under-funded public college system.

• Our connectivity. We need the Internet—and by “we,” I don’t just mean those of us who are early adopters on Vine and Medium, I mean everyone. We should work to expand affordable broadband connectivity throughout the metro area and into Greater Minnesota—and we should fix our boondoggle of a public wi-fi network. What if there was working free wi-fi throughout the Twin Cities? It’s not an unattainable dream, and that’s something people would talk about besides Garrison Keillor, Prince, and Potbelly’s.