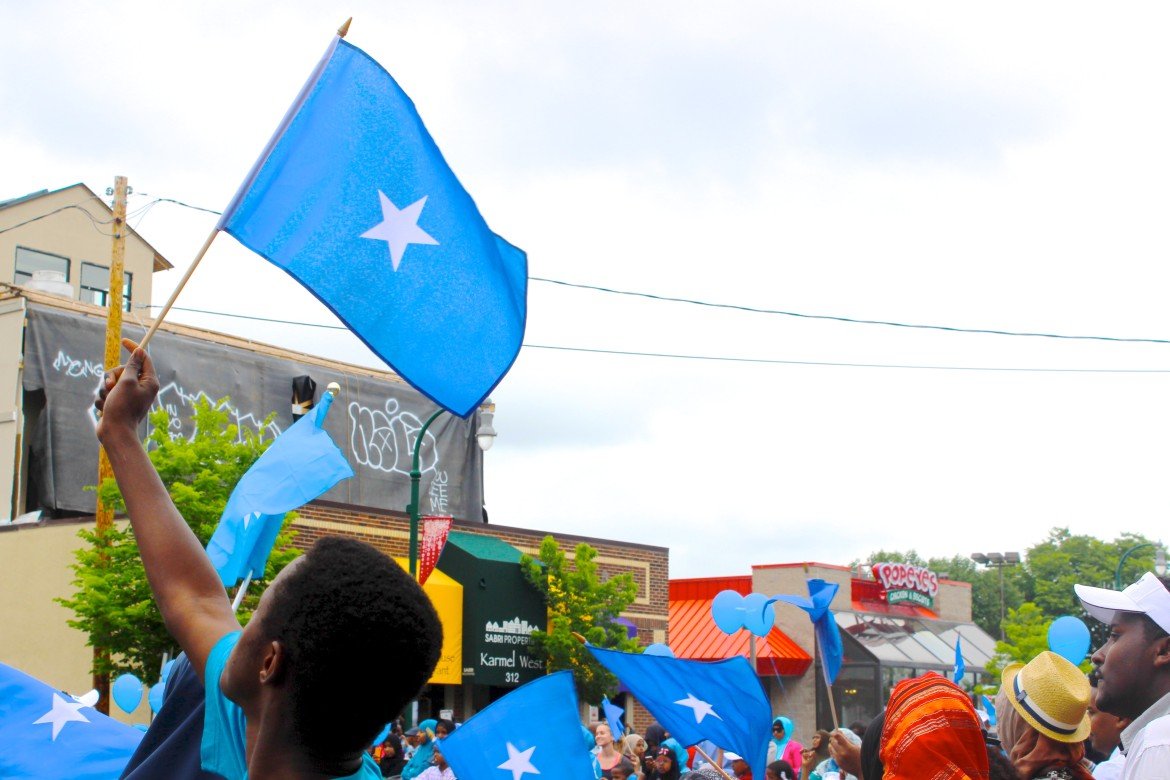 Flags waved while DJs played music at the Somali Independence Day festival in Minneapolis on June 13.

The Minnesotan Somali community celebrated the 55th anniversary of Somalia’s independence from Britain and Italy this weekend at a festival that spanned three blocks of West Lake Street.

According to the 2010 American Community Survey data, there are around 25,000 Somali-Americans in Minnesota, a third of the Somali population of the United States. Although Somali Independence Day is technically July 1, the Minneapolis festival was held on Saturday, June 13 because it will be Ramadan from mid-June until mid-July.

Somali flags and balloons with the logo of Progressive Insurance, one of many sponsors of the event, were prominent features around the festival. 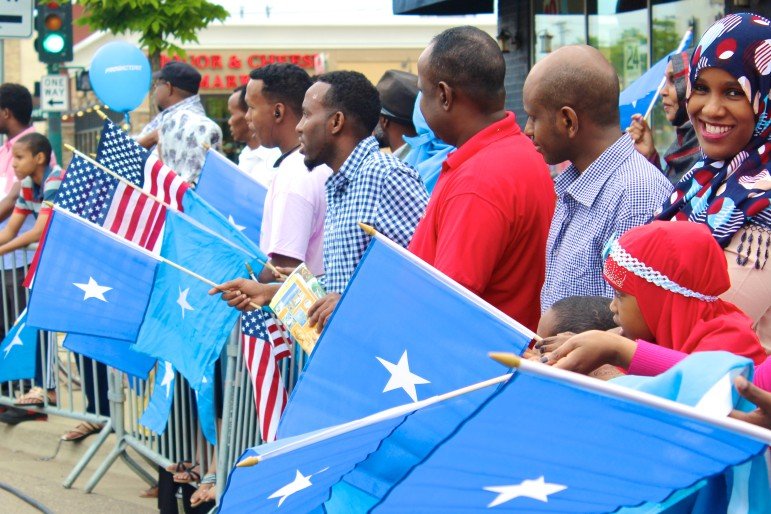 Event organizers handed out Somali flags for attendees to wave. 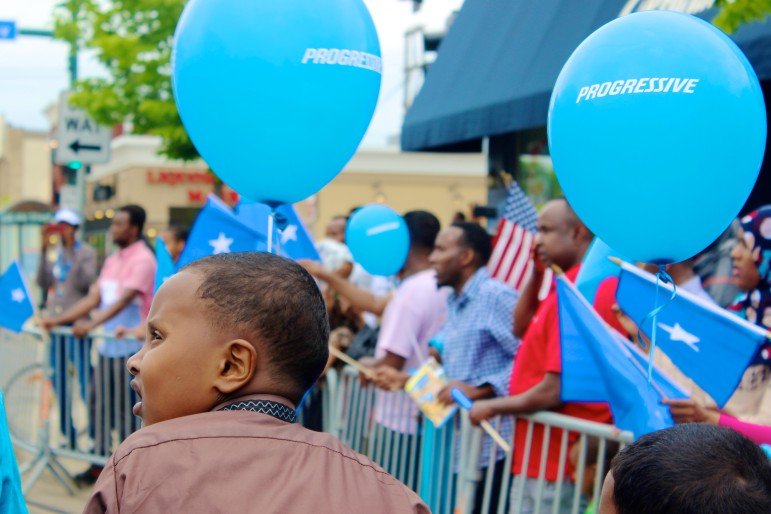 Progressive balloons in the colors of the Somali flag floated around the Independence Day festival.

Friends and families came together to celebrate on Lake Street, between Blaisdell and Grand. 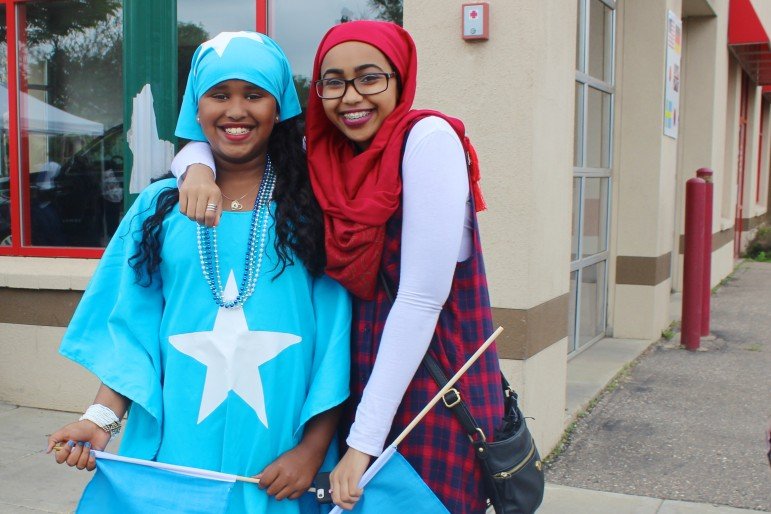 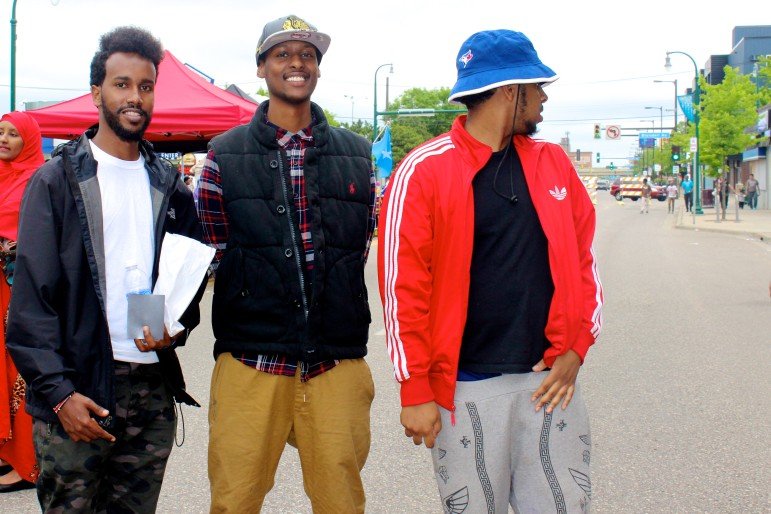 Minneapolis residents Zakariye Hassan and Yusuf Yusuf attended the event with their friend, Ibrahim Hashi, who lives in Toronto, Canada. 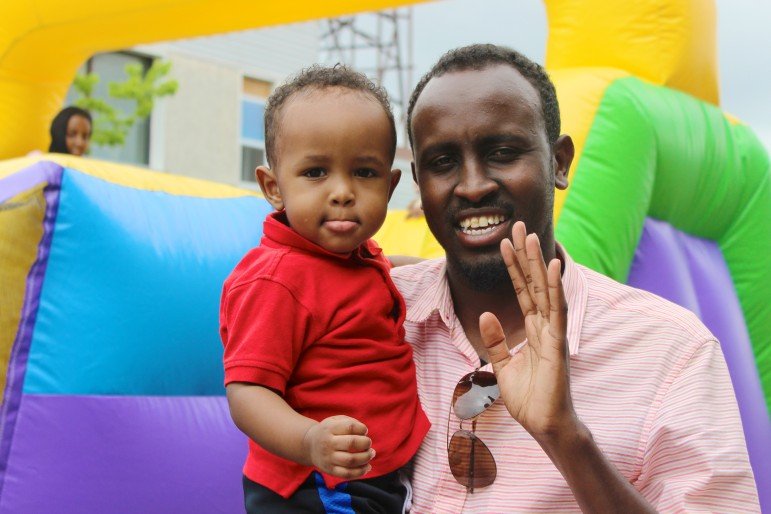 Hassan Farah brought his son, Sudiys, to the festival.

Ka Joog hosted the event and set up a bounce house. 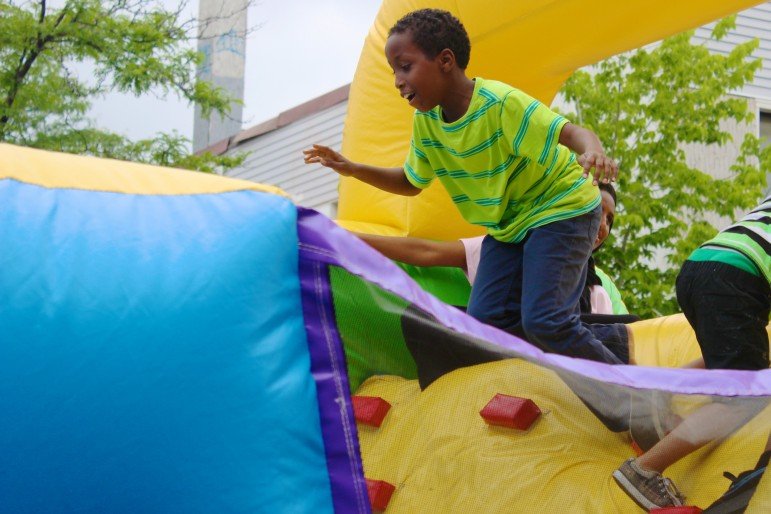 A young boy jumps off a bouncy obstacle course set up by Ka Joog. 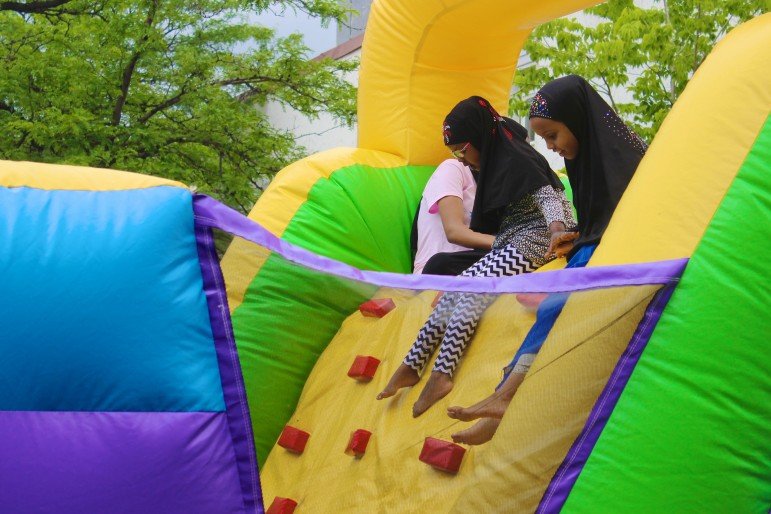 Somali women made and sold artisanry in front of a replica of a traditional Somali hut. 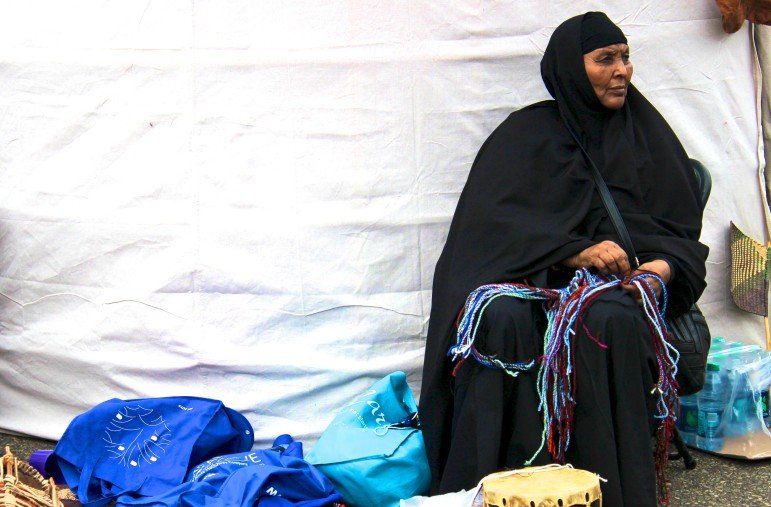 A Somali woman weaves in front of a replica of a Somali hut. 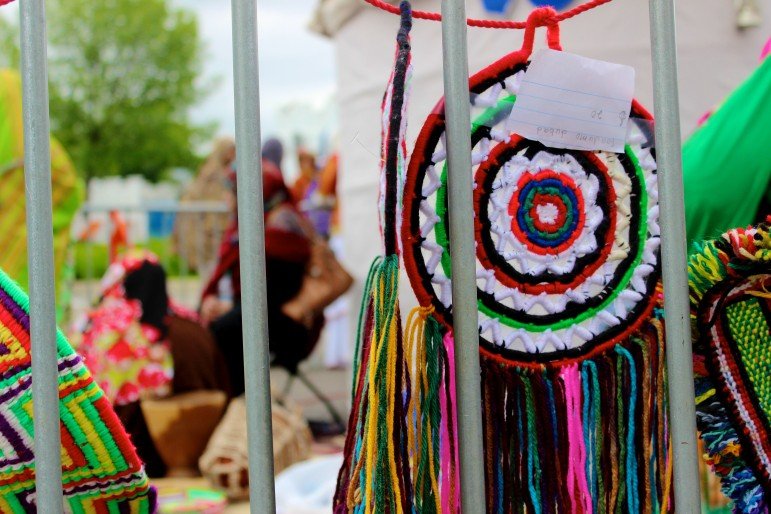 Somali artisanry was sold at the Independence Day festival. 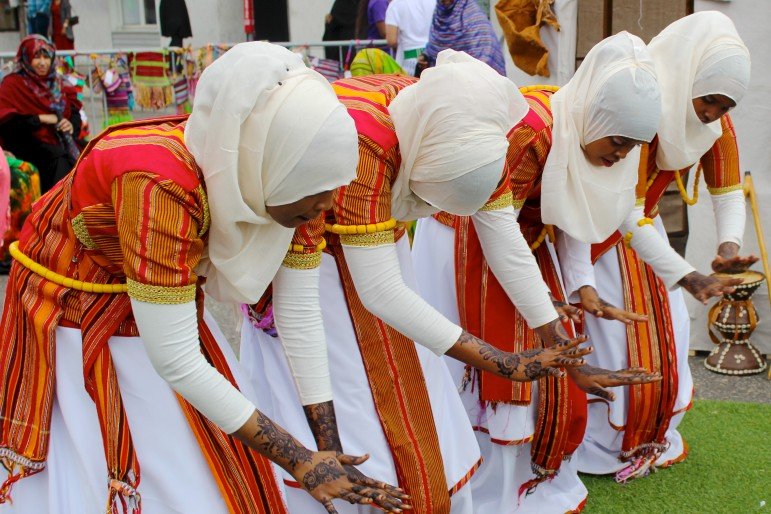 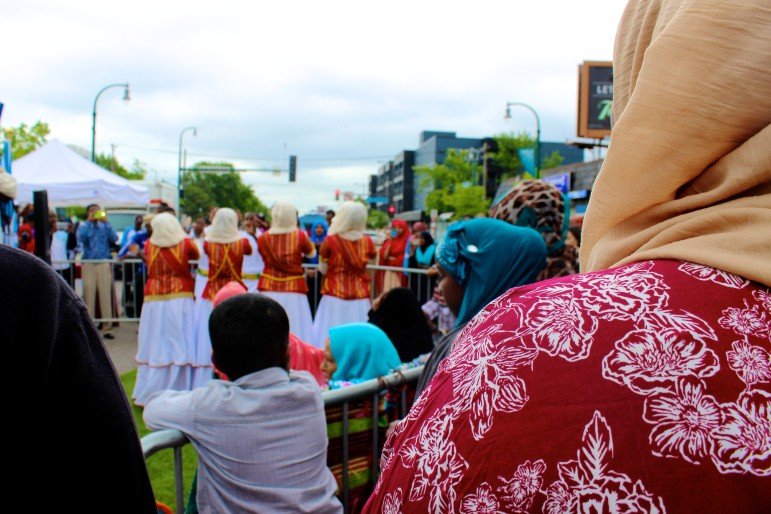 Crowds formed to watch and record the dances.

DJs played music on Lake and Grand and inspired dancing in the streets. 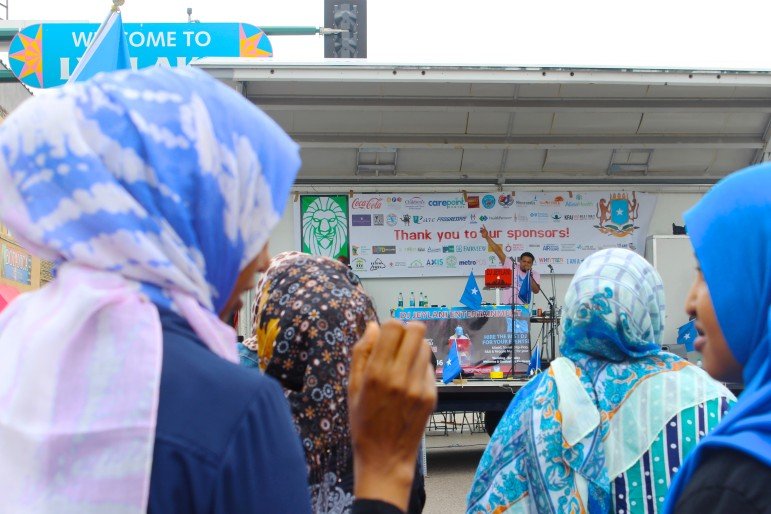 DJs played music for large crowds throughout the day. 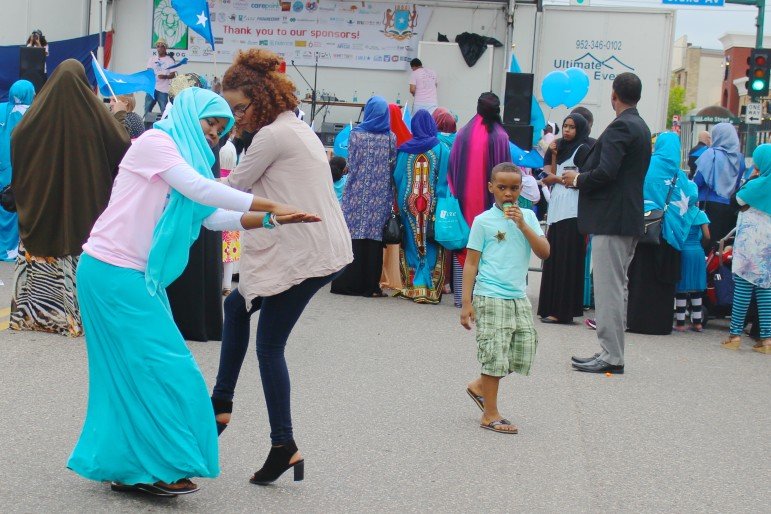 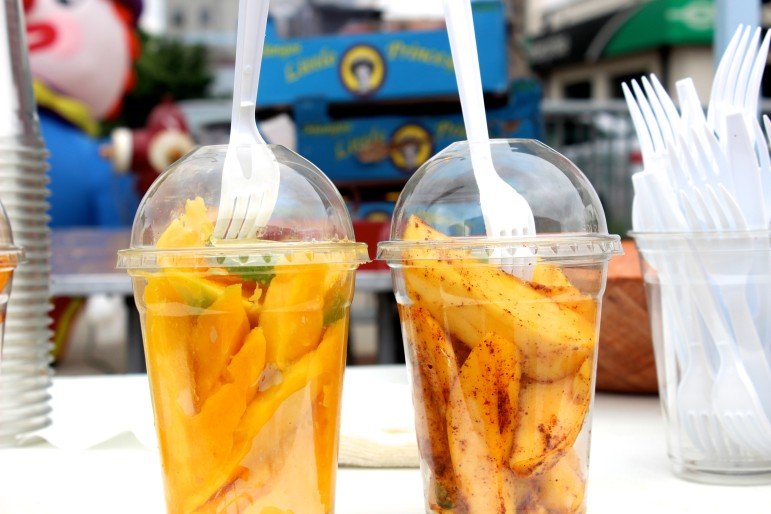 Mangos with chili salt were sold at a food booth.

A soccer field was set up in front of Walgreens. 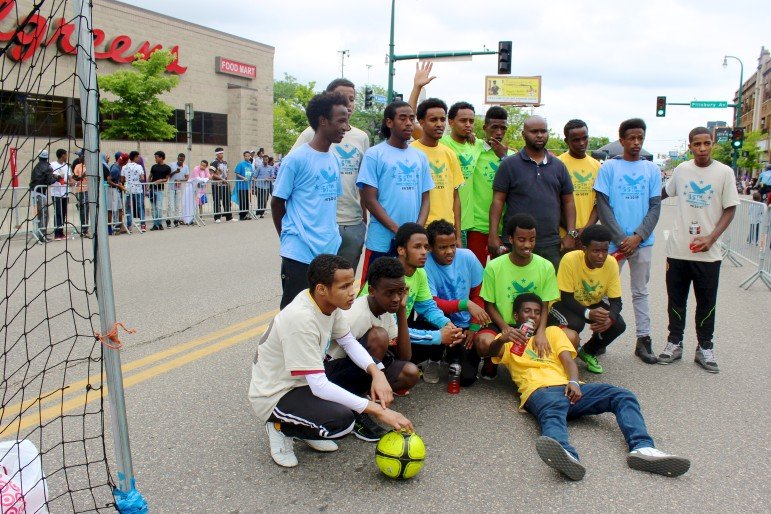 Soccer teams posed after they finished a friendly game.

In addition to the celebration of Somali traditions, Somali-American pride was also evident at the Independence Day festival. 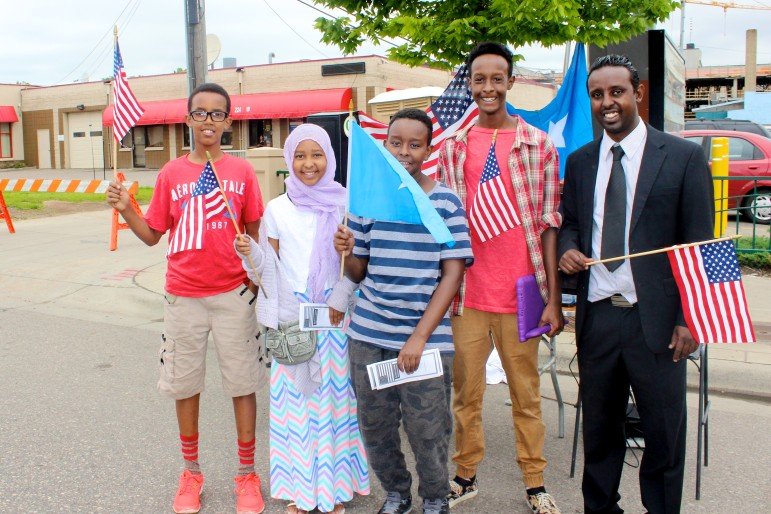 Workers of the Average Mohamed booth pose with Somali and American flags. 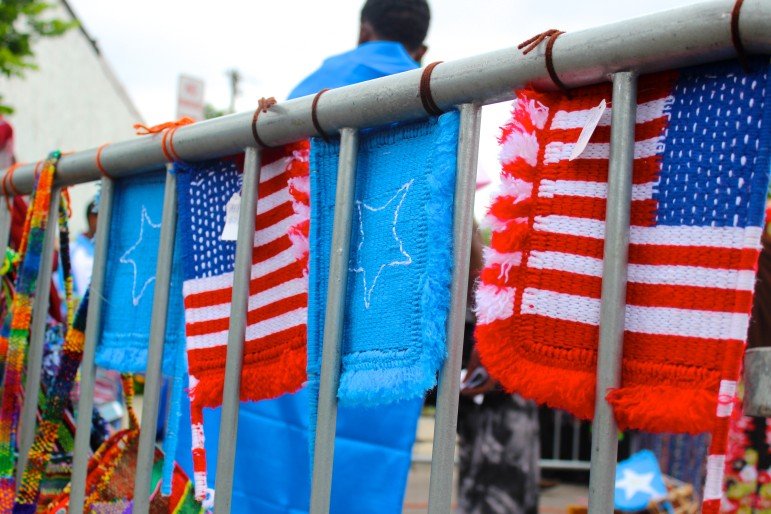 Knit Somali and American flags were for sale at the festival.