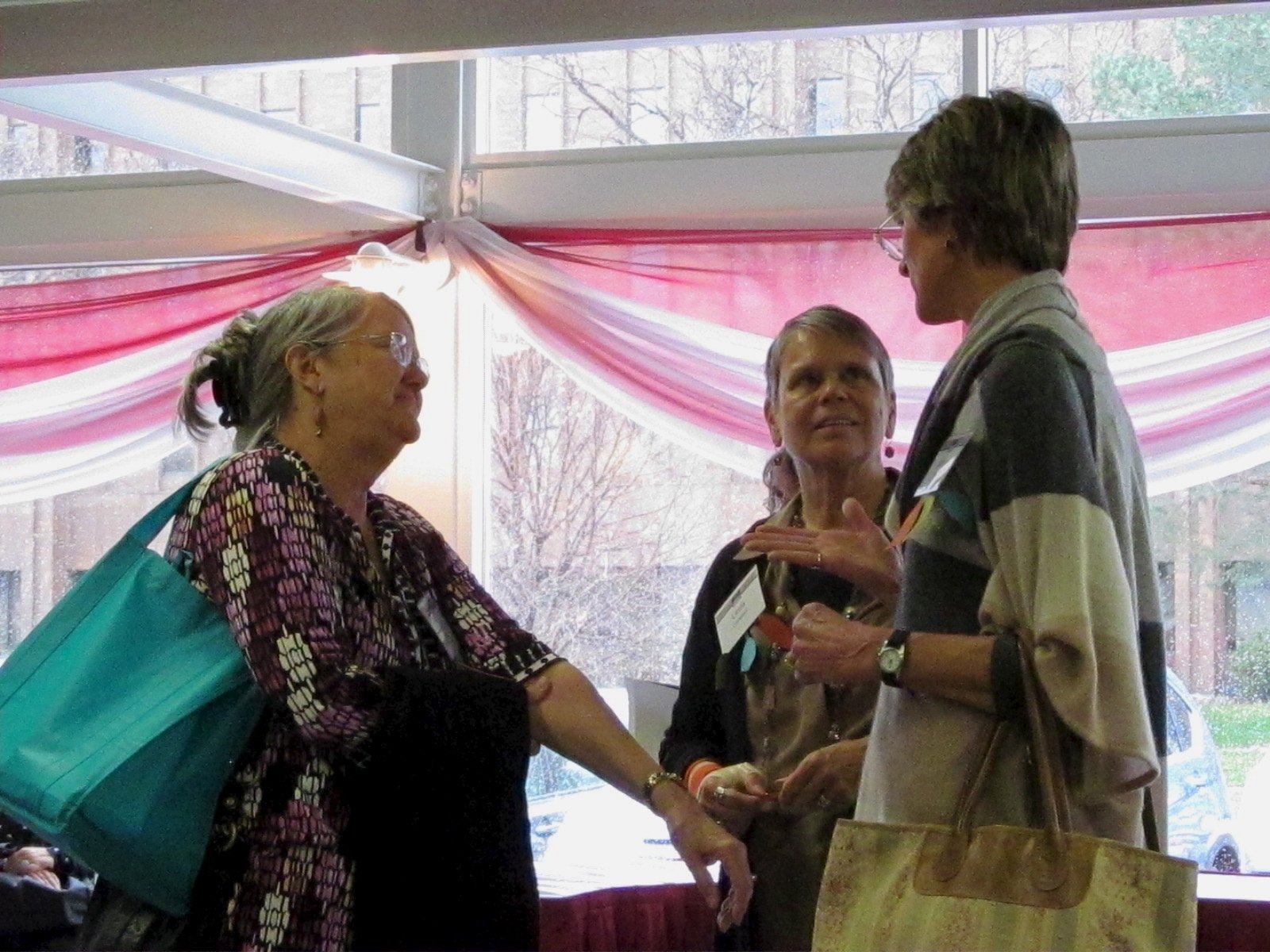 Despite being a leading environmental policy expert, Carolyn Raffensperger said she’s been excluded from environmental projects because of her gender, and it’s happening to women across the board.

“The solutions that we’re told are to essentially go shop our way out of the disaster,” Raffensperger said. “To go buy some light bulbs. That’s become the woman’s role, rather than some larger set of policy ideas.”

So Raffensperger created the Women’s Congress for Future Generations, a conference that aims to highlight environmental work being done by women and inspire others to step up and get involved in environmental work.

The second Women’s Congress for Future Generations was held on Nov. 6 through Nov. 9 at the Earle Brown Center in Minneapolis. Women’s grassroots organization Future First structured the conference to focus on intersections of water, economics and justice, all from the voices of women.

“I had been cut out of a couple of big venues because I was a middle-aged woman,” said Raffensperger. “So, I started wondering, ‘How do we start to bring women’s voices forward and on what basis — what’s the argument for that?’”

Raffensperger, who’s the executive director of the Science and Environmental Health Network, started the Women’s Congress in 2012 in Utah because she said there was a lack of female voices surrounding environmental policy. This year’s conference drew more than 150 participants.

Future First Initiative director Ann Manning said the congress’s mission was to bring women and male allies together from across the country to learn from and share with each other. “The mission really is to help all of us, wherever we are on the continuum, to move away from this sense of separation, isolation, to really seeing the world as interconnected,” she said.

This year’s congress focused on four goals, she said, include shifting from individuality to interconnectedness, building a coalition of allies, bringing new people into the environmental justice movement, and empowering participants to think about their responsibilities.

Co-director of On The Commons and co-chair of Homegrown Minneapolis Julie Ristau said women play a significant role in working to accomplish environmental goals. She said that as child bearers, women serve as the first environment and this makes it important to care for the earth for future generations.

“It’s my belief that the women who can link arms and stand shoulder-to-shoulder are often willing to take steps to open different doors and ask a different set of questions,” Ristau said.

The 2014 congress focused on links between environmental problems and economic issues, in particular surrounding water. Biologist, cancer survivor, and author Sandra Steingraber gave a speech about the effect of fracking on water supplies.

Later clinical psychologist and author Mary Pipher gave a speech about transforming fear into action, and the next day attorney, author and systems scientist Raine Eisler talked about creating a more caring economy. Other pieces of the program included a workshops about protecting shared resources and working toward economic justice, among others.

Manning said there are specific causes in Minnesota to fight against, like the construction of pipelines, fracking of silica sand and polymet mines.

“If we can’t make the change, we can’t expect others to do it either,” Manning said. “We’re all complicit, but we can withdraw our consent to what is happening, and work actively to support renewable energy.”

Future First and other attendees of the congress said they plan to use the materials developed at both congresses to inform future environmental work. Manning said that while it is too early to know for sure whether or not the event will become an annual recurrence, members of the conference talked about possibly having one on the east coast in the future.

While participants were happy with the success of this year’s congress, many were already thinking ahead to ways to improve in the future. During the closing session Co-Founder and Executive Director of the Indigenous Peoples Task Force Sharon Day called on her peers to bring female friends of color to the next congress in order to include more perspectives and voices.

Manning said she knows the LGBTQA+ community is doing a lot of work on the environment and would like to intentionally include those voices in the future, as well as bring in more young participants.

“It is a bifurcated movement. It’s the elders and the millennials. We would love to get more connected to that generation and get more young people involved,” Manning said.

While the congress is over for this year, Ristau said the information shared and connections made during the congress will continue moving forward. “We see this as a launching, not as a conference that has an end.”