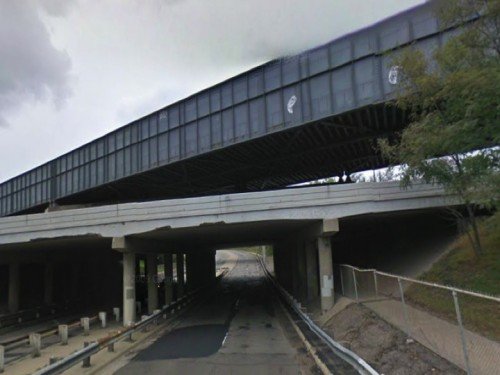 In response to widespread public outrage about rutted, ice-clad streets, and jolting potholes throughout the City of Saint Paul in the winter and spring of 2014, Mayor Chris Coleman has proposed a plan to resurface eleven of the “Terrible Twenty” worst arterial streets before the end of the fall construction season.

On July 23rd, the City Council approved the Mayor’s plan to add $2.5 million to the Public Works budget to complete a mill and overlay for these eleven roadways. (Link to list of streets) As the Mayor noted in his budget address on August 13th, the emergency repairs, combined with the effective deployment of resources in 2015, will mean that “even if the weather doesn’t cooperate, driving in Saint Paul will be different next winter and spring,”

The only problem with this proposal is that the 2014 resurfacing focuses solely on improvements for motor vehicles, with no consideration of new bicycle and pedestrian infrastructure improvements. The 2014 emergency repair will not change anything on the street except to make it smoother. According to Public Works Engineer John Maczko:

“Due to the need to complete these emergency repairs before the end of the 2014 construction season, there is simply not enough time to conduct the public input process and perform necessary engineering reviews before beginning these projects.”

I certainly agree that it makes sense to repair as many of the “Terrible Twenty” as possible before the winter of 2015, and that community input and technical planning are needed if bicycle and pedestrian facilities are to be added. But we will be missing a huge opportunity if we do not take steps NOW to ensure that these busy streets are upgraded to serve all users. In fact, if we do nothing more than a mill and overlay in 2014, it is likely that no additional improvements will be made to these eleven streets for four to seven years, which is the length of time the resurfacing is designed to last, according to Public Works Engineer Paul St. Martin.

That’s too long to wait for infrastructure upgrades for people on foot or on bicycles. These streets were chosen on the basis of their condition (terrible!) and the volume of traffic (exceptionally high), but cars are not the only roadway users that should be considered. Most of the “Terrible Twenty” arterials are also unsafe and unpleasant for walkers and bike riders, and specific needs have been identified by community members for bike lanes, sidewalk repairs, ADA-compliant pedestrian ramps, safer crosswalks, better lighting, more shade trees, and benches.

The Complete Streets policy adopted by the City Council in 2009 was intended to reverse the long-standing pattern of favoring motor vehicles over other modes of transportation by building streets to “accommodate and balance the needs of all users of the transportation system, including pedestrians, cyclists, transit, freight, and motor vehicle drivers” (from the Transportation Chapter of the City’s Comprehensive Plan).

Substantial progress has been made in the last few years in developing action plans and identifying best practices to implement the city’s Complete Streets policy. A draft Citywide Bicycle Plan envisions a connected network throughout the city, while a new Street Design Manual, also in draft form, provides guidance on strategies to make sure streets are safe and convenient for all modes of transportation. Now it’s time to go beyond the talk and walk the walk.

Eight of the eleven streets being resurfaced in 2014 have been identified as future bike routes, and most are also primary walking routes to and from transit, schools, grocery stores and facilities that provide services for the most vulnerable populations, including children, seniors and persons with disabilities. So it is critical that bicycle and pedestrian upgrades be added for these streets.

Even if there’s not time this fall to include the striping of bike lanes and pedestrian crosswalks, or installing new lighting and Americans for Disabilities Act (ADA) compliant pedestrian ramps at corners, planning could proceed over the next few months, and funding could be included in the Mayor’s 2015 budget to address the most urgent needs for bicycle and pedestrian infrastructure.

So please, let’s grab the opportunity presented by the terrible winter of 2014 to do more than just resurface the roadways. No more excuses. Let’s fully embrace our Complete Streets Policy as we invest in the “Terrible Twenty” streets, following the vision of Gil Penalosa, “to create streets that work for everyone, from 8-year-olds to 80-year-olds” (from his presention at the Great River Gathering in May 2014).

Photo: Yikes! Pretty scary for people on bicycles, on foot, or riding in a wheelchair.