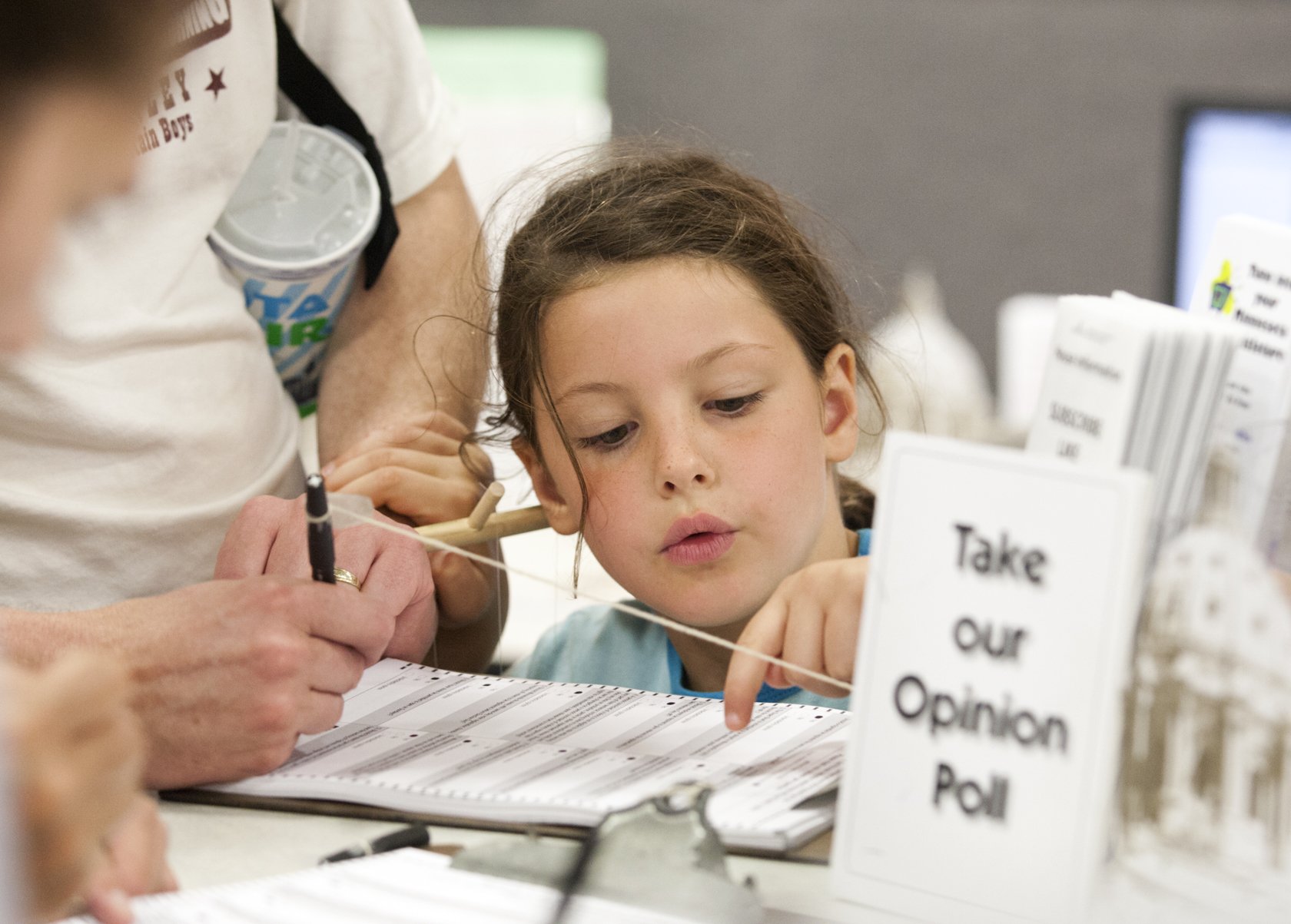 (Photo by Paul Battaglia) A young visitor checks over her dad's answers to the annual House opinion poll at the Minnesota State Fair.

Minnesota State Fair polltakers are narrowly opposed to the legalization of recreational marijuana in the state but strongly support same-day voter registration and lean toward increasing the state’s gas tax for road and bridge construction.

Conducted by the nonpartisan House Public Information Services Office, the annual poll at the House of Representatives booth during the 12-day Minnesota State Fair is an informal, unscientific survey of issues discussed in prior legislative sessions and may be topics of discussion in 2015.

Of the 7,607 people filling out a ballot in 2014, 48.1 percent are against the state allowing the recreational use of marijuana for persons age 21 and older; however, 43.3 percent support the idea. Nearly 9 percent of those taking the poll were undecided or had no opinion.

Do you think Minnesota should legalize recreational marijuana use? Take our poll and see the results.

The 2014 Legislature passed a law for use of medical marijuana for nine specific illnesses, but not for recreational use of the drug. Only the use of pills, oils or vaporizing of a cannabis compound through a device similar to an e-cigarette is allowed.

Fifty-four percent of polltakers support raising the state’s gas tax by 5 cents per gallon to help fund the backlog of highway and bridge needs across the state. More than 40 percent are against the increase and 5.5 percent were undecided or had no opinion. When the same-worded question was asked in 2013, the respective percentages were 53.4 percent, 39.7 percent and 6.9 percent.

According to the National Conference of State Legislatures, 10 states plus the District of Columbia presently offer same-day registration allowing any qualified resident of the state to go to the polls or an election official’s office on Election Day, register that day, and then vote. More than 70 percent of state fair polltakers believed Minnesota should continue with the practice, compared to roughly 26 percent who are against the idea.

Polltakers also strongly supported Sunday liquor sales. Nearly two-thirds of persons taking the poll think liquor stores should be permitted to open on the second day of the weekend, while 27.5 percent oppose. The “yes” answers are a 1.1 percent increase compared to 2012 poll results, while the percent of “no” votes decreased 2.4 percent.

Minnesota is one of 14 states that prohibits Sunday liquor sales, and the issue annually surfaces at the Capitol where efforts to repeal the liquor blue laws have failed each year. 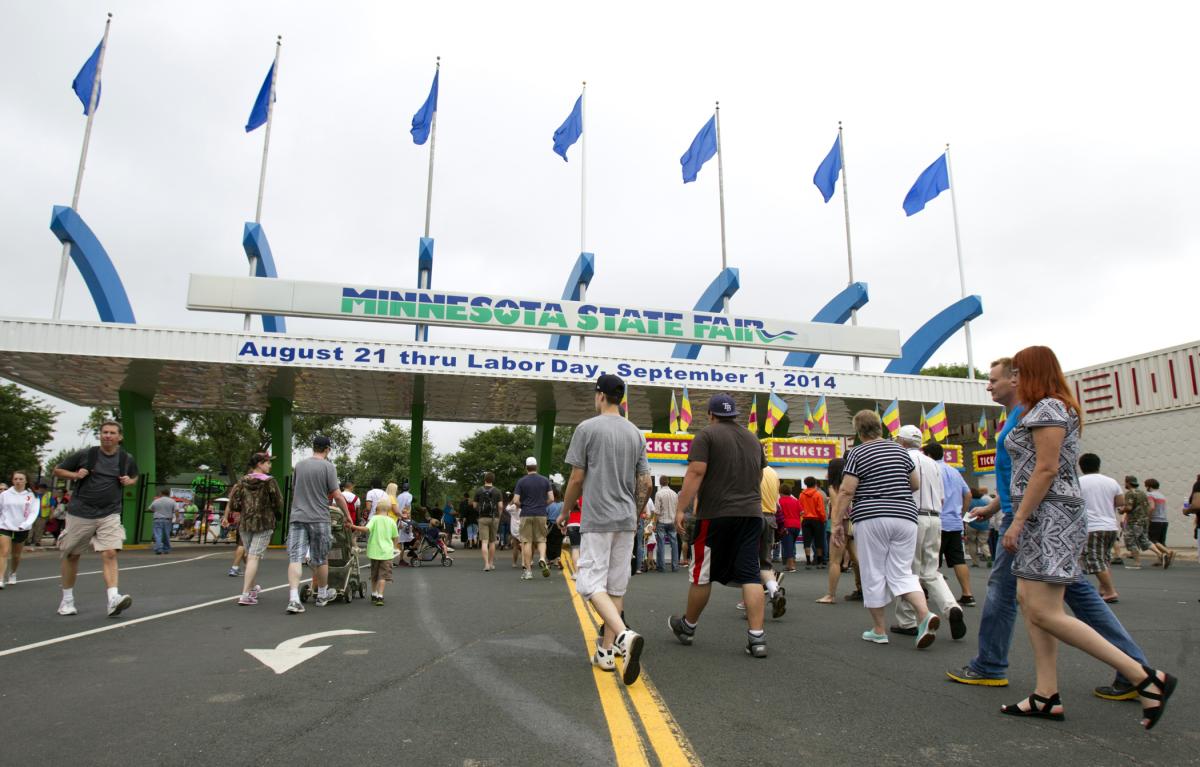 In the area of commerce and taxes, respondents were almost evenly split — a 62-vote difference — on expanding the definition of taxable foods to include snack items, such as chips, popcorn, cookies and ice cream novelties. Fifty percent of respondents believe consumers should be able to purchase lottery tickets and play scratch games online, at the gas pump or at an ATM-like machine.