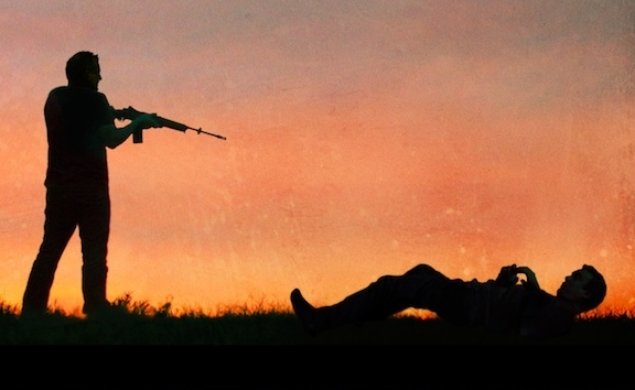 The 2014 Minneapolis St. Paul International Film Festival (MSPIFF ), the biggest film festival in the Midwest, starts Thursday, April 3 and runs through Saturday, April 19. The festival is sure to bring in big crowds to the St. Anthony Main theaters, and this year will also include satellite venues at the Walker Art Center and the newly renovated Northrup Auditorium (called the Best Buy Theatre) on the University of Minnesota campus. There is still no Saint Paul venue however, leaving one wondering when the “S” in MSPIFF will finally disappear from its acronym (MPIFF, maybe) or if the Film Society of MSP will eventually find a venue across the river in our state’s capital.

The list of films, events, panels, and parties at any film festival is always semi-overwhelming for the average festivalgoer, but could very well be a treat for true cinephiles if they put their head down and get their money’s with a Gold Pass at $425. The festival has grown in recent years, and while some appreciate the growth in bringing more films and extending the festival, others prefer the days when the festival was shorter and had a more clear focus instead of stockpiling a bevy of foreign, American independent and homegrown products totaling some 200+ films over the course of sixteen days. Nevertheless, MSPIFF will entertain thousands of attendees with its eclectic line-up, proving it’s still the most reliable and viable film festival in the state.

When the first initial press release came through announcing MSPIFF’s line-up, surprisingly, there was no mention of an opening night film until a follow-up press release came through a week later. When the opening night film, Belle on Thursday, April 3 at 7 p.m. and 7:20 p.m.), was announced, it came as something of a curveball selection. Belle premiered at last fall’s Toronto Film Festival and received solid reviews, but received little fanfare outside of Toronto. There are two big Minnesota productions (Dear White People and Kumiko, the Treasure Hunter) that premiered in competition this year at the Sundance film festival that would have served as a significant choices for an opening night selection at MSPIFF.

While I confess I have not seen Belle, which opens in mid-May in the Twin Cities, it does feature a notable cast that includes Tom Wilkinson (The Grand Budapest Hotel), Emily Watson (Breaking the Waves), Matthew Goode (Watchmen), and up-and-coming actress Sarah Gadon (A Dangerous Method). Belle is based on the true story of the first illegitimate mixed-race child of an important 18th century British admiral and was raised by her great uncle and wife. If you decide not to purchase a Gold Pass, be prepared to pay $75 for a ticket or $65 if you are a Film Society member. The price of admission does include getting into the Opening Night party at the Festival Pavilion located across the street from the St. Anthony Main theaters.

Many of the films premiering at MSPIFF are regional and/or Minnesota premieres, and thanks in large part to programmers (Jesse Bishop, Craig Rice and Kathie Smith), this year’s line-up does feature some great and important works from some of the most talented filmmakers and artists working in film today (Jean-Luc Godard still going strong at 83 with 3-D film, no less!)

My favorite film of 2014 thus far is writer/director Richard Linklater’s spectacular Boyhood (Thursday, April 17 at 7:00 p.m.). Actor Ellar Coltrane’s stunning performance of Mason Jr. is portrayed over a 12-year-span from age 6 to his high school graduation. This coming-of-age story is one of the most important films of 2014 and another Linklater masterpiece. Boyhood is worthy of being discussed in early Oscar talks for its amazing cinematic feat and will make me see it for a third time in the theater to champion its brilliance. Don’t walk … run to see Boyhood.

There are a lot of films in the MSPIFF lineup that go well over the two-hour threshold (including Boyhood, which is 163 minutes long but is worth the time). If the films are great, no one is complaining and surely for some, this may be your only chance of seeing them on the big screen but make sure to load up on caffeine and pack a lunch to stay awake for these heavy loaded running times. Many of these longer films warrant your attention because it’s impressive that, despite their running times, they remain relevant. MSPIFF is doing an admirable service in providing access to these lengthy pieces of work.

Prolific French documentarian Claude Lanzmann’s latest film, The Last of the Unjust (Sunday, April 13 at 1:00 p.m), returns to similar territory with interviews he conducted in Shoah, although his new interviews tell a different story than the one he told almost 40 years ago.

Indian director Anurag Kashyap’s two-part Gangs of Wasseypur (Part 1, Sunday, April 6 at 12:45 p.m./Part 2 Sunday, April 6 at 3:55 p.m.) will be making its Minnesota premiere along with his latest crime drama, Ugly (Saturday, April 5 at 7:35 p.m. and Tuesday, April 8 at 9:20 p.m.). The running time comes in over five hours at 320 minutes, but might be the biggest bang for your buck during the MSPIFF. This is a once-in-a-lifetime film viewing experience.

Norte, the End of History, (Saturday, April 12 at 11:15 a.m.) is a dramatic adaptation of Fyodor Dostoyevsky’s Crime and Punishment and is set in contemporary Philippines with plenty of social injustices and has a running time of 250 minutes.

On the local front, Dan Schneidkraut’s Old Man (another long-running documentary at 169 minutes on Monday, April 14 at 7:30 p.m.), is another feature you should buy tickets for in advance. Schneidkraut’s previous films, Invincible Force and his wonderful short from last year Ned Abdul Needs More Retail Space or How To Say Goodbye To An Old Friend, proves he is a local filmmaker on the rise and well worth investing the time getting to know.

Matt Stenerson and Jeremy Wilker’s local feature Death to Prom (Sunday, April 6 at 5:30 p.m. at the Northrup Theater), still has legs after premiering at Flyway Film Festival last October, Sound Unseen, and playing a week at Mall of America theaters a few weeks ago. It will finally have its “official” Minneapolis city premiere at the new Best Buy theater on the U of MN campus.

Filmmaker Steve Onderick’s Who is Vermin Supreme? An Outsider Odyssey (Wednesday, April 9 at 6:50 p.m.) will also finally make its world premiere. It sounds like a doozy of a documentary about outsider politician Vermin Supreme challenging Barack Obama and Mitt Romney. Even though we know who wins, this should be an entertaining cuckoo-bananas story.

Wicker Kittens (Tuesday, April 8 at 7:00 p.m. and Wednesday, April 9 at 5:45 p.m. at Northrop Theater), having just had its SXSW premiere, will make its anticipated Minnesota unveiling and should bring out all those closet puzzlers who will enjoy every second of this documentary gem.

Two MN shorts that I have seen and recommend are Conor Holt’s sci-fi medical mystery A Better Life (Thursday, April 10 at 6:30 p.m.), about a wife wondering what to do next after her husband falls into a coma, and David Schulte’s musical documentary, The Curse and the Symphony (Monday, April 14 at 7:00 p.m.) about former punk rocker Nathan Felix efforts on trying to break into the classical music world.

This will be my first MSPIFF I will not be attending since 1998. There are plenty of films I would love to see or that I am looking forward to seeing in the near future. Here are a few titles that have piqued my interest screening at the festival.

The Strange Little Cat (Monday, April 14 at 5:45 p.m. and Wednesday, April 16 at 6:00 p.m.). Americans and apparently the world’s new obsession with cats keeps growing in this narrative feature, which follows a Berlin family and the three siblings coming back for a visit with strange things in the midst.

The Starfish Throwers (Thursday, April 10 at 7:00 p.m. and Saturday, April 12 at 4:00 p.m.). This Minnesota-made documentary already a hit on the 2014 festival circuit and follows three individuals, worlds apart, in attempting to fight world hunger and their surprising results.

Proxy (Tuesday, April 8 at 9:45 p.m. and Monday, April 14 at 9:45 p.m.). Director Zack Parker’s last feature Scalene was a transfixing thriller, so the latest from Parker has got me hoping for big things from this shock-master.

Finally, here is a list of my ten favorite films screening at MSPIFF (films without descriptions have been written about on either, Twin Cities Daily Planet or the Star Tribune).