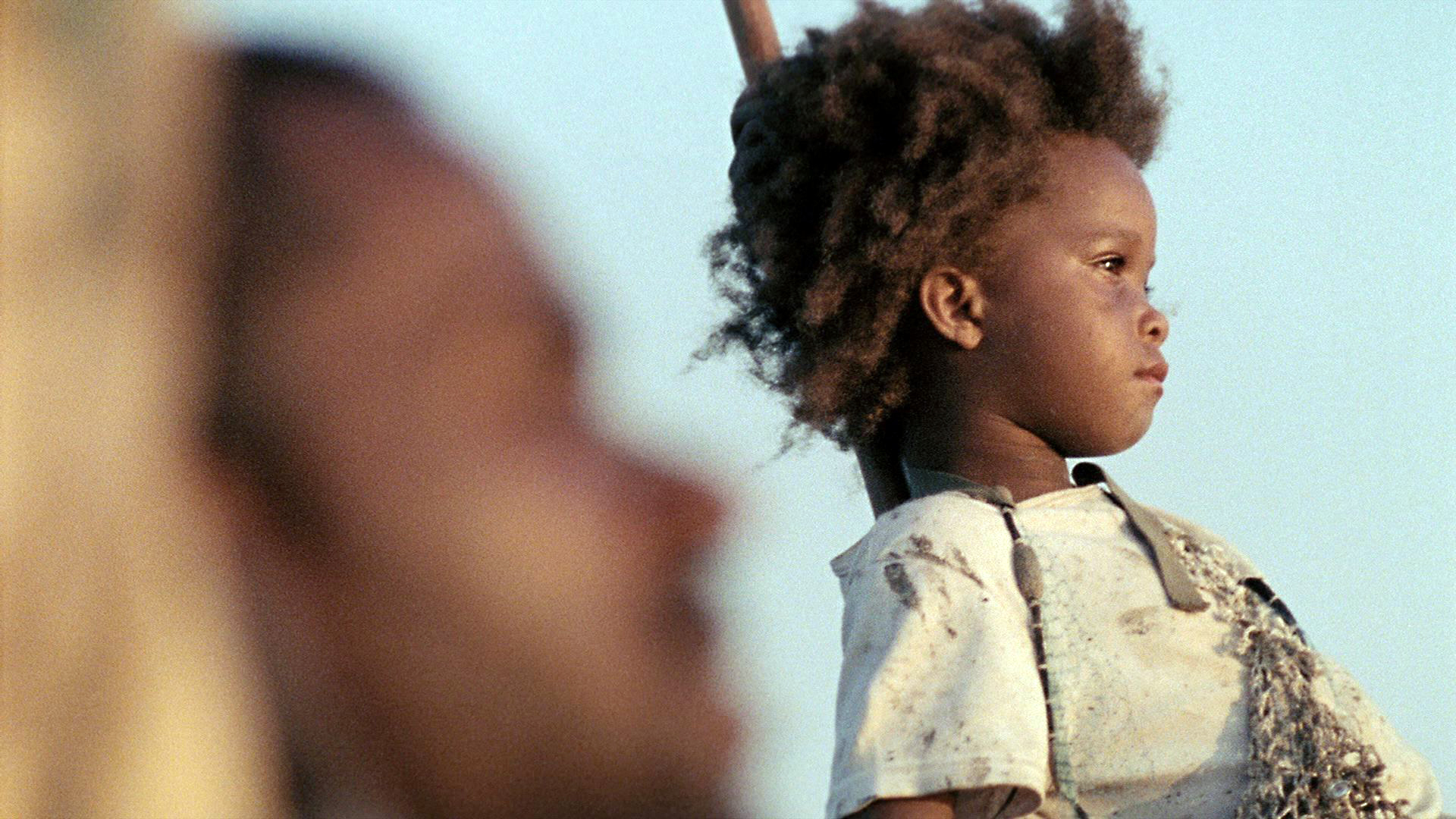 The 85th Academy Awards ceremony will take place this Sunday, February 24, and the heat is on for many of the nominees. Over the past few weeks, alliances have shifted—especially since the nominations were announced and it was widely believed that Steven Spielberg’s Lincoln would be piling in all the trophies for its 12 nominations and taking home most of the awards.  While Lincoln will surely win some Oscars, there are other nominees that have been getting more attention as Lincoln’s momentum has suddenly slowed down only a few days before the Oscar winners are revealed.

Here are a couple of categories and some picks regarding what I think should win versus what will win.

In all of Lincoln’s 12 nominations, the one remarkable omission left out is in the Makeup and Hairstyling category; according to IMDB, some 30 were involved with makeup for the film. Frankly, I would rather see all of them nominated then any of the other three films (Hitchcock, The Hobbit: An Unexpected Journey, and Les Miserables) win; not to take anything away from the other films, but for Lincoln to receive as many nominations as it did and not receive another for the outstanding job the team did in transforming Daniel Day-Lewis into Abraham Lincoln…I thought for sure Lincoln would be a slam-dunk nominee and winner in that category.

As for some of the other Lincoln nominations, the biggest no-brainer on the entire Oscar ballot is Day-Lewis winning his third Oscar for his towering performance as the 16th president of the United States. At times, you can get lost in the performance and may forget that you’re watching Day-Lewis and not “Honest Abe” himself up on the screen. Day-Lewis showcases his serious acting chops again and proves to be one of the best living actors worldwide. The only other performance that comes close to a chance of an upset in this category is Joaquin Phoenix’s drifter and follower in The Master.

In the two supporting categories, Sally Field and Tommy Lee Jones are both nominees again, and each of them has solid shots at taking home the hardware. In the case of Jones, his biggest competition could come from another heavyweight actor in Robert DeNiro as his sports-obsessed father in Silver Linings Playbook, but I wouldn’t count out Philip Seymour Hoffman as an enigmatic leader in The Master and Christoph Waltz as a dentist turned bounty hunter in Django Unchained; Waltz won an Oscar in 2009 for his sinister turn as Hans Landa in Inglorious Basterds in the same category. DeNiro hasn’t been nominated since 1992’s Cape Fear, and many Oscar pundits are praising DeNiro’s performance as his best in close to two decades. If that’s the case, he could sneak away with the win, and leave Jones and that awful Thaddeus Stevens wig left out in the cold.

Field, on the other hand, seems to only have one competitor in her category: Anne Hathaway’s amazing turn in the otherwise mangled Les Miserables. The two actresses probably have about the same amount of screen time, but Hathaway’s “I Dreamed a Dream” is still the standout scene in the entire film. Field’s portrayal of Mary Todd Lincoln has some crucial moments and she pulls them off fine, but everyone will remember Hathaway’s performance for years to come and I am leaning toward Hathaway for the win. Field does have one “ace in the hole”: she has been nominated twice before, for 1979’s Norma Rae and 1984’s Places in the Heart, and she won Oscars both times.

Playwright and second-time Oscar nominee Tony Kushner (Angels in America and Munich) seems to be the front-runner in the Adapted Screenplay category for his dense long-winded dialogue and story in Lincoln. That said, while the drama in Lincoln is fine, sometimes action does speak louder than words, and it could have helped in Lincoln to have a little more action. In recent weeks Argo has been picking up steam and has been winning big at other award shows, including at the BAFTAs (British Academy Awards); Chris Terrio’s script is top-notch, and Hollywood filmmakers love to see themselves portrayed as heroes. But don’t count out David O. Russell’s sparkling screenplay for Silver Linings Playbook and even David Magee’s thoughtful and surprising achievement with Life of Pi.

One of the most highly anticipated and hotly contested categories this year features no nominations for Lincoln: Best Actress. Not having seen Naomi Watts in The Impossible, I can’t really comment on her performance, but as far as the other actress nominees go, any of them could win the statue. I loved Quvenzhane Wallis in Beasts of the Southern Wild, and found her to be the beating heart of the film. That said, with Wallis becoming the youngest-ever Best Actress nominee at the age of nine, the nomination is a win in itself. On the opposite end of the acting spectrum, 85-year-old French actress Emmanuelle Riva became the oldest nominee in the category for her haunting and heartbreaking turn in Amour, and she turns 86 on Oscar night. I just wonder if not enough people have seen Amour to give Riva a chance to win. So it comes down to Jessica Chastain playing a CIA agent hunting down Osama Bin Laden in Zero Dark Thirty and Jennifer Lawrence playing a strange widow in Silver Linings Playbook. I’m in the minority of believing in Silver Linings Playbook a good, not great film, but Lawrence’s performance is the highlight of the entire film, whereas Chastain’s performance is a little more focused and less showy than Lawrence’s. While my vote would go for Riva for Amour, I think in probably the closest race of the night, Lawrence barely edges out Chastain for the win.

In the Best Director category, having been nominated seven times for director and eight for Best Picture, Spielberg probably has the edge to win his fourth Academy Award for Lincoln, but don’t count out Austrian Michael Haneke for Amour. It seems to be a lock that Amour will win the Best Foreign Language Oscar and he could bring home two Oscars with a Best Original Screenplay Oscar, instead of winning for Best Director. David O. Russell could be another interesting dark-horse favorite to win for Silver Linings Playbook, after being previously nominated for 2011’s The Fighter; he seems to have a better shot at maybe an upset in the Best Adapted Screenplay category. While it is hard to bet against Spielberg, the best chance of pulling off an upset will be Ang Lee for Life of Pi—but he recently won for 2005s, Brokeback Mountain and Pi seems more set to win for its stunning visuals. That said, Lee did bring is what was believed to be “an unfilmable novel” to life.

With nine Best Picture nominees, four seem to have the best shot at winning: Argo, Life of Pi, Lincoln, and Silver Linings Playbook. When the Oscar nominations were announced and Lincoln had the most nominations, it was thought to be the clear frontrunner for most of its categories and for the most part, it probably still is. One of the biggest Oscar snubs was when there was no mention of Ben Affleck for Best Director for Argo. There were other snubs in the same category as well (Tom Hooper for Les Miserables and Kathryn Bigelow for Zero Dark Thirty), and lately Argo has been cleaning house at other award ceremonies, while other films have been falling off in voters’ minds. Since winning Best Drama at the Golden Globes in mid-January, Argo has also won at the Directors, Producers and Screen Actors Guild Awards—and like I mentioned earlier, Hollywood people love to see themselves saving the day. The “truth is stranger than fiction” story has been building momentum for over a month now, and Argo fits the bill perfectly to win the Best Picture Oscar.

Here are a few other Oscar predictions:

Best Documentary:  Having seen three of out of the five films, I’m going with the crowd pleaser of the bunch in Searching For Sugar Man.

Best Animated Feature:  All five of the nominees were all wonderful and inventive films. I would really love to see The Pirates! Band of Misfits win, although I think Wreck-It Ralph destroys the competition.

Best Cinematography: Roger Deakins has been nominated ten times and has never won, so he has a shot for Skyfall, but the adventure and beauty of Claudio Miranda for Life of Pi will win.

Best Film Editing: I think it’s a toss up between Argo and Zero Dark Thirty and the winner will be William Goldenberg, as he edited both films, but I’ll lean toward Argo.

Read about the Best Picture nominees in the Daily Planet:
• Django Unchained in Minnesota: On northerners seeing (and not seeing) the south, Jay Gabler
• Les Miserables lives up to its title all too well, Jay Gabler
• Ben Affleck is adept at creating suspense in Argo, Derek Anderson
• Jim Brunzell’s top ten movies of 2012, including Amour and Beasts of the Southern Wild
• Jay Kelly on Life of Pi
• Jay Kelly on Lincoln
• Jim Brunzell interviews Matthew Quick, author of the novel Silver Linings Playbook is based on