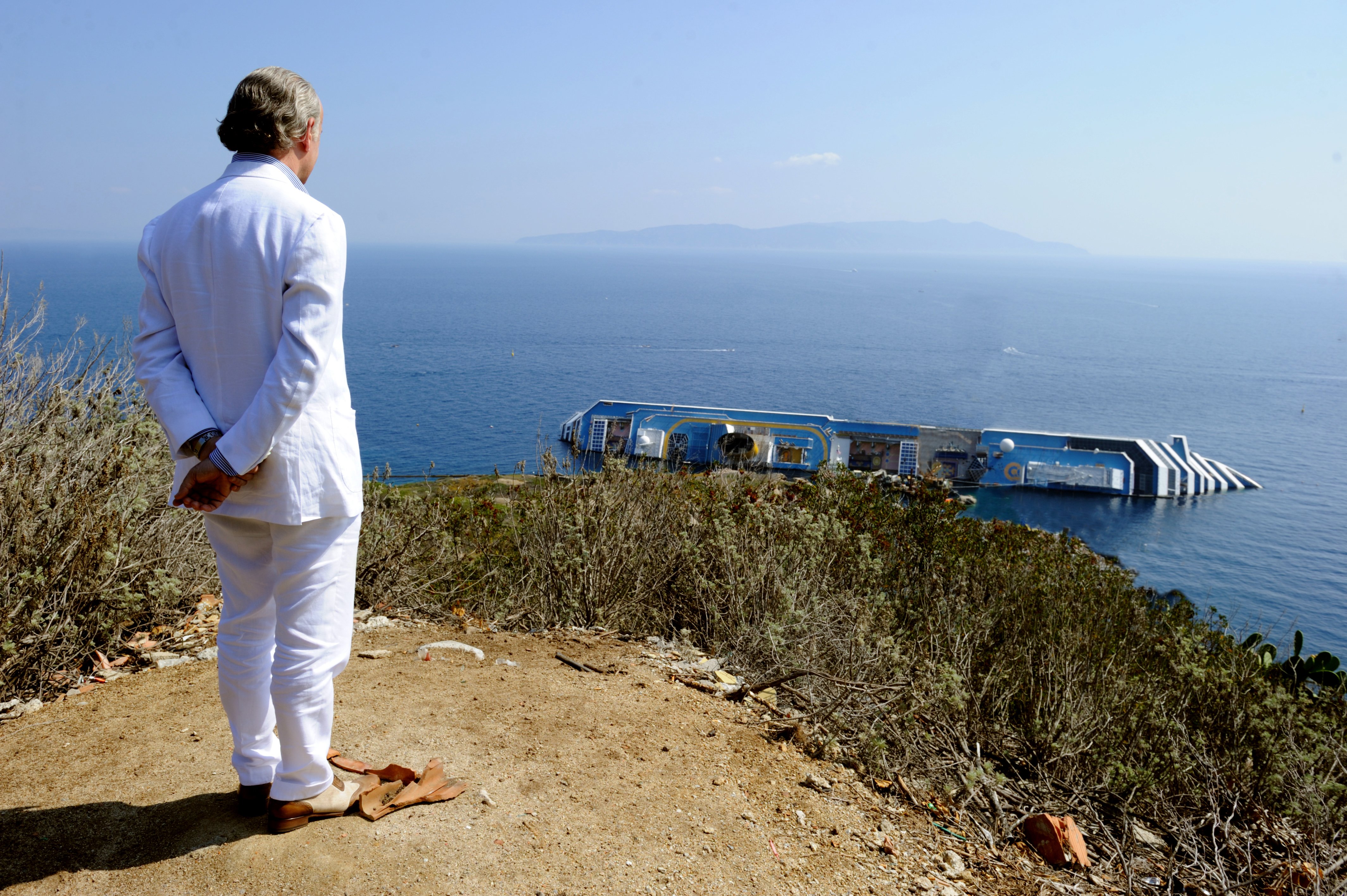 Wednesday November 27 marks another day on the movie calendar where (big and small) distributors start making plans on unleashing a few counterprogramming films, along with some big serious films that studios have been carefully hanging onto for the Thanksgiving/Christmas season in hopes of vying for Oscar gold.

Last year around this time films like Silver Linings Playbook and Life of Pi were released and both went on to win Oscars and racked up big dollars at the box office. This time around, studios are lining up their prestigious titles and Oscar hopefuls. This year is somewhat of a murky picture since some of the bigger releases this holiday season have been pushed back into 2014, or as close to the end of 2013. It makes you wonder if they are even worthy of seeing at all.

Director Bennett Miller’s follow-up to Capote and Moneyball (both Best Picture Oscar nominated) was to be Foxcatcher—starring Channing Tatum, Mark Ruffalo and Steve Carell about Olympic wrestling champ whose brother was killed by paranoid schizophrenic. The movie was supposed to be given a limited release around Christmas in New York and Los Angeles and slowly expand its release in mid-January, but completely came off the books and is now scheduled for 2014. To me this is the biggest disappointment as the cast sounds great, the story is intriguing and Miller has been a proven winner. Maybe its move is more about it being a busy holiday season, or distributor Sony Pictures Classics may see it as a better fit, perhaps making a bigger splash at Sundance.

The same could be said about the Grace Kelly biopic Grace of Monaco starring Nicole Kidman which was also going to be ramping up for the holiday/Oscar campaigning season by heavyweights the Weinstein Company. Shortly after they picked up the film, they decided to move it to mid-March 2014. There has also been a much ballyhooed rift between producer Harvey Weinstein and Grace’s French director, Olivier Dahan (2007’s Edith Piaf biopic, La Vie en Rose) on how Weinstein asked Dahan to edit the film. When the director saw a second version of the film by the distributors, Dahan called the situation “catastrophic.” In any case, the film got the axe from the holiday season and will have to wait until 2014 for our anxious eyes to see a version no one is really looking forward too. Well, maybe just me.

Originally set for December 18, the George Clooney starred, co-written and directed Monuments Men, also starring Matt Damon, Bill Murray, Cate Blanchet and Jean Dujardin, about the true story of a WWII platoon daring plan to rescue art taken by the Nazis, will now open February 7, 2014. This move may make the most sense as Sony will be focusing on the new David O. Russell, American Hustle, and the December 18 date would have interfered with Martin Scorsese’s The Wolf on Wall Street, too. Now the film will find life in the typically dead month of February and has already secured a Berlin Film Festival berth to heighten its world and national presence.

So what is opening in the Twin Cities from now until the end of the year? The answer is plenty. There are close to thirty films opening at major multiplexes and independent theaters alike with something for everyone. Yes, there are quite a fair number of films opening from now until the end of 2013 that I will avoid with pleasure. But there are a few that have got me hyped to see and discuss.

Opening Wednesday, November 27, the Disney animated feature Frozen, with voice work by Kristen Bell, Josh Gad and Alan Tudyk, features optimist Anna who teams up with Kristoff in an attempt to find Anna’s sister Elsa, whose icy powers have trapped a kingdom in eternal winter. If Frozen does not spark an interest and you are looking for something more adult fare, the new feature Nebraska by Alexander Payne’s (Sideways, Citizen Ruth) opening at Landmark’s Uptown could work for you. Nebraska features a towering performance by veteran actor Bruce Dern, who thinks he has won a million dollar sweepstakes and travels from Montana to Nebraska with his estranged son, played by comic actor Will Forte in his most serious role to date.

Opening Friday, November 29 at Landmark Lagoon is one of the best reviewed films from Italian director Paolo Sorrentino, The Great Beauty. The movie stars Italian veteran Toni Servillo (Gomorrah and Il Divo) playing Jep Gambardella, a man who has been a fixture in Rome’s nightlife for decades. After his 65th birthday, when something from his past is uncovered, he must question his own future and change his habits.

In December, you can get a double dose of Wales actor, Christian Bale in two highly anticipated films: Scott Cooper’s (Crazy Heart) Out of the Furnace (opening Friday, December 6) and David O. Russell’s, American Hustle (opening Wednesday, December 18). In Out of the Furnace, Bale plays Russell Baze, who goes in search for his kid brother Rodney, played by Casey Affleck. After the local law enforcement stop their investigation, Russell is determined to seek revenge. Early reviews have been favorable and Furnace looks like a gripping neo-noir with a menacing performance from Woody Harrelson. Hustle on the other hand, looks like a 70s version of Ocean’s 11 with some Scorsese Goodfellas in the mix. Bale plays con man Irving Rosenfeld and sports a decent wig. He works with his British partner (played by Amy Adams) and the pair is forced to work with an FBI agent Richie DiMaso (Bradley Cooper, who sports a worse wig and curls,) and get involved in the New Jersey mafia and power brokers. The film reunites Bale with his Fighter director Russell, and co-star Adams. Robert DeNiro, Jennifer Lawrence and Cooper all reunite with Russell after last year’s Silver Linings Playbook success.

Opening, Friday December 13 is the prequel/sequel film The Hobbit: The Desolation of Smaug, which will destroy theaters its opening weekend, and I hope by all accounts. I avoid seeing the HFR (high frame rate) in theaters, as that was a major buzzkill for last year’s An Unexpected Journey.

Returning to the big screen after nine years is Will Ferrell as Ron Burgundy and the rest of San Diego’s channel 4 team in Anchorman 2: The Legend Continues. With the 1970s behind them, the team is off to New York to work on the first 24-hour cable channel.  Expect plenty of cameos, lots of sexual innuendos and outdated jokes in theaters on Wednesday, December 18.

The Landmark Uptown theater will have a line around the block and be packed with plenty of beatniks and folk lovers as the new Joel & Ethan Coen film Inside Llewyn Davis opens on Friday, December 20. The film has been getting rave reviews since its Cannes berth last May. Oscar Issac (Drive) plays Mr. Llewyn Davis, a 1960s folk musician in Greenwich Village, who works with other musicians in studio and other spots around New York. Justin Timberlake, Carey Mulligan, Coen regular John Goodman and Roseau native, Garrett Hedlund are also featured in the film.

Finally, after getting pushed back another month from its original November 15 date, Martin Scorsese’s, The Wolf of Wall Street starring Leonardo DiCaprio opens on Christmas Day. Based on a true story, DiCaprio plays Jordan Belfort, a highly successful stockbroker who lost everything, had to fight against the federal government and turned to a life of crime and corruption. The hubbub over its delay was due to the original cut, which was over three hours long, and now the film has been trimmed by some 40 minutes. While the film could be seen as another look at a corrupt corporate America, screenwriter Terrence Writer (The Sopranos and Boardwalk Empire) adapted the story from Belfort’s autobiography. Winter is one of the busiest and hottest screenwriters working today, so I have some faith in this fifth collaboration between Scorsese and DiCaprio.