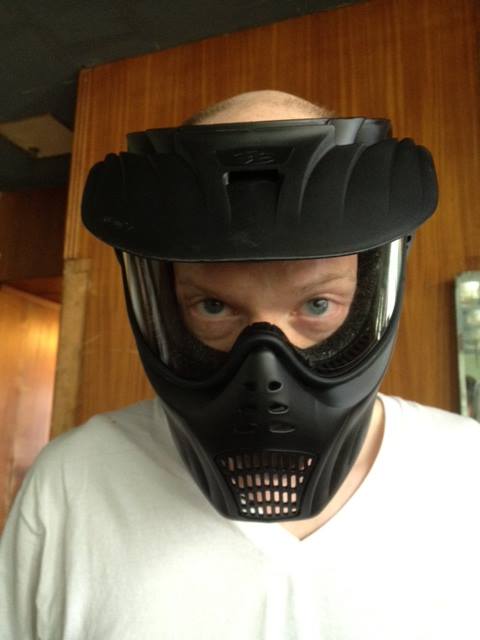 Reviewing the Haunted Basement is always one of my trickiest tasks, precisely because what’s most captivating and terrifying about the Soap Factory’s annual subterranean scare is that it’s different every year. Now that even the Macy’s holiday auditorium show is the same every year, it’s refreshing to have a seasonal tradition that’s full of surprises.

This year’s Haunted Basement—directed, for the second year, by Noah Bremer (above) of Live Action Set—doesn’t feature quite as much chatting with the ghouls as last year’s, but that’s not to say there aren’t some up-close-and-personal encounters with the denizens of the deep.

This year you’re warned that you’ll be forced to don additional clothing—but you may well leave wearing less than you went in with. (Don’t worry, you get it all back—if you survive.) My sister recognized the masks we were handed as paintball masks, at which point we noticed that there was something wet and fluorescent being wiped off the used masks.

The Haunted Basement is a must-see attraction each year for many Twin Cities residents—especially those who are relatively young and dumb, er, I mean brave. (Many nights sell out, so make your reservations now.) It’s not for the weak of heart, but in my experience, no one’s sorry to have descended into the depths and lived to tell the tale. A major new attraction this year is the Spooky Speakeasy, where you can retire after you emerge from the basement and enjoy craft cocktails.

It’s a haunted house, yes, but the Haunted Basement is also a work of theater—and this one has a deeper resonance, particularly in the wake of Abu Ghraib and the torture debate. In a jumpsuit and a mask, everyone’s on the same footing as they walk down into the darkness. That acute sense of powerlessness is what makes the Haunted Basement scary, and the more you think about it, the scarier it gets.