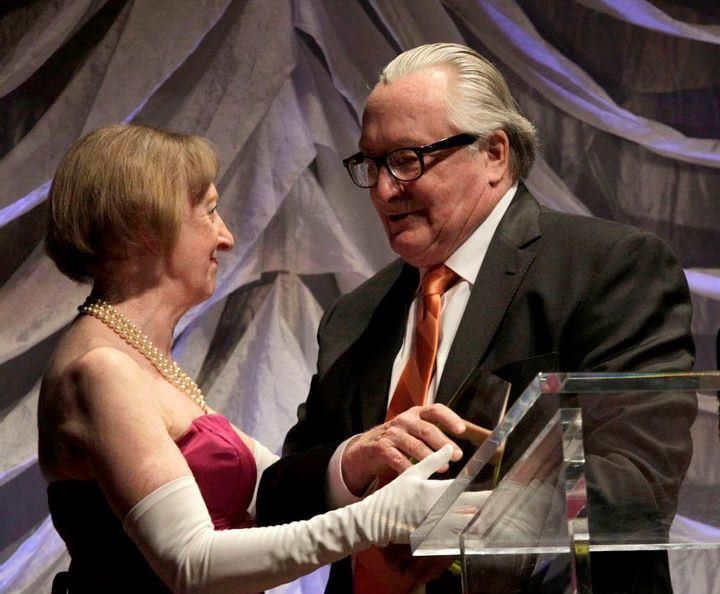 I’m not going to get into the details, but for various reasons I wasn’t on top of my game at the Ivey Awards this year. I didn’t stay up, as I’d done each of the past two years, and write an analysis of the awards to be published the next day. Part of the reason for that is that September 19 was kind of a rough day for me—and when you’re your own editor you’re inclined to cut yourself a break on rough days—but also, I didn’t feel particularly needed as a reporter.

I’m not downplaying the value of our theater coverage, whether written by me or by one of our other writers—I get enough pleading e-mails to know we make a difference. But in just half a decade of existence, the Iveys have blown up to be a major media event. I had to wiggle my way past Miss Minnesota on the red carpet, and both the pre- and post-parties were chockablock with cameras and reporters.

I’ve only been on the theater beat here in the Twin Cities since 2007, so I missed the Iveys’ inception, but just over the past few years I’ve seen the ceremony tighten and focus, as the organization (never one to which the word “modest” would have been applied) and the larger community have come to appreciate the real value of these awards. Like the Oscars do for movies, an Ivey win can now help vault a performer, behind-the-scenes creative team member, or even an entire company to a higher level of recognition in the Twin Cities and beyond. The green statuettes (“They look kind of like lava lamps, don’t they?” said my companion, attending her first Iveys) are now seen in vitrines at venues big and small.

This year’s ceremony was fleet and fairly funny, the Iveys sailing into the hands of their touchingly emotional recipients. By and large the choices were uncontroversial and solid. Jungle Theater founder Bain Boehlke was a richly deserving pick for the lifetime achievement award, David Bolger’s choreography made an otherwise disappointing H.M.S. Pinafore at the Guthrie come alive, and when Anna Sundberg was handed the emerging artist cone, I wanted to leap out of my seat and yell, “Finally!” (“My favorite local actress,” 10/6/2010) Instead, I just leaped out of my seat to join in the ovation. My cheers for actor Ben Bakken were sincere but bittersweet, since it was my “snide” and “disrespectful”—albeit positive—review of the Chanhassen’s Jesus Christ Superstar, in which Bakken played the title role, that caused me to be cast out of the Garden of Eatin’. (Well, there’s another nail in that coffin.)

Among the productions handed Iveys for overall excellence, I enjoyed both Ten Thousand Things’ Doubt and Live Action Set’s The Seven-Shot Symphony—the former more than the latter, but the latter company could use the recognition more than the already revered former company. I’d love to have seen nods to 20% Theatre Company’s Anon, Jon Ferguson’s The Legend of Sleepy Hollow, and the Guthrie’s Winter’s Tale…but I’m just one guy. Ivey is much, much bigger than me—and, happily, getting bigger every year.