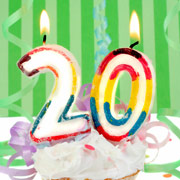 In a couple weeks, the National Alliance for Public Charter Schools will hold a conference in Minneapolis. They’ll be celebrating the 20th anniversary of the country’s first charter school, Saint Paul’s own City Academy. It’s an appropriate time, therefore, to reflect on what has and hasn’t happened in two decades of charter schools.

Along with magnet schools, charters have solidified the notion that schools in the same city can look very different from one another while still trying to best serve student interests. This is noteworthy, and it’s in my mind every time I write about the need for more school diversity within public districts.

A few charter schools have made headlines with high test scores. While I have my quibbles with the worth of those tests and genuine concerns about the narrowing of curriculum in some cases, these schools (and some unsung heroes among traditional public schools) are still a testament to the powerful idea that students from all backgrounds can achieve at high levels. That truth about the universal potential for success in all children should never be forgotten.

At the same time, many charters face criticism for financial mismanagement or failure to deliver on the promises made to families. Others have served as – if you’ll forgive the blunt language – “dumping grounds” for students other schools struggled to serve well. They’ve also been a major contributing factor to harmful segregation across the Twin Cities metro area.

On the whole, charter schools don’t do much better than nearby public schools. Any hopes of improvement driven by competitive pressure have gone unfulfilled. The only area where schools really compete is marketing. Minneapolis and Saint Paul now have enough charter schools to meet the demand, but their overall performance looks pretty much like their traditional public peers.