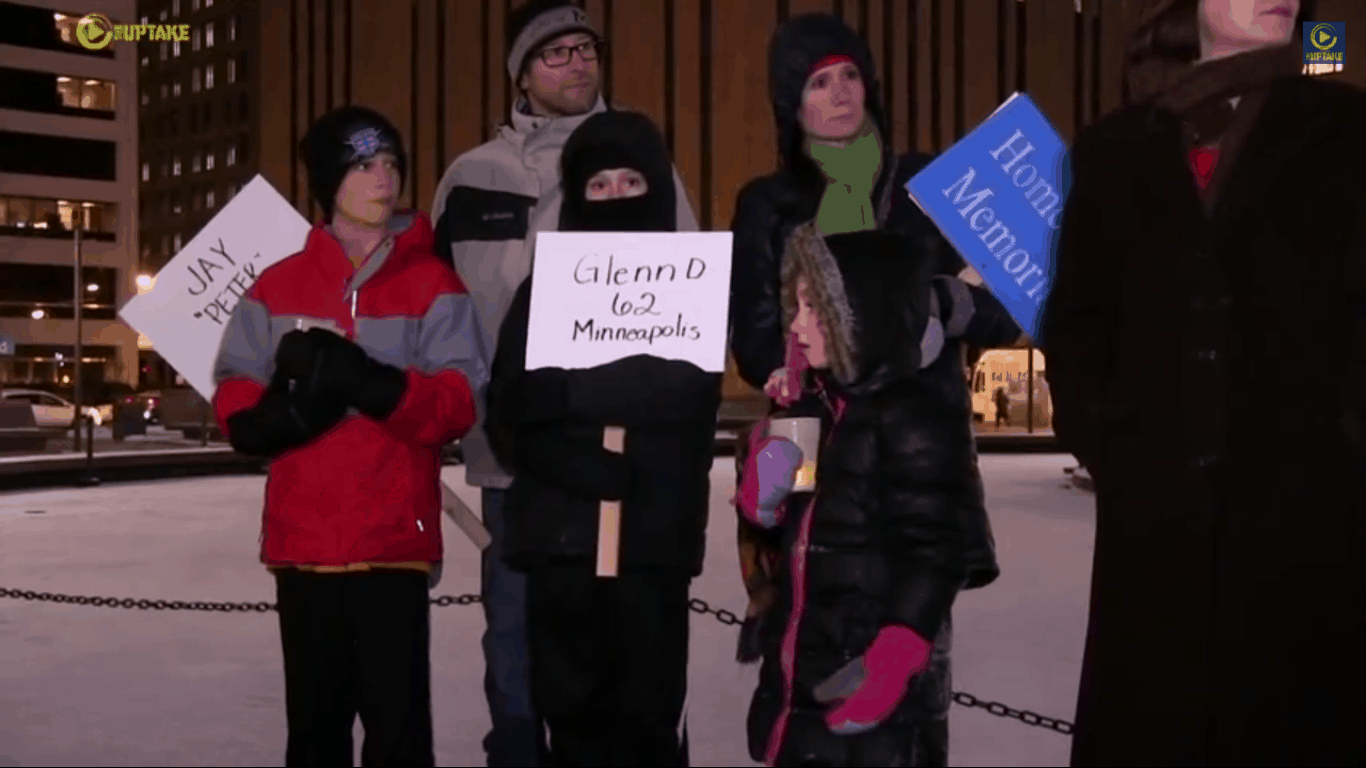 The 30th Annual Minnesota Homeless March and Memorial began with a solemn ceremony in the frigid Minnesota winter at Hennepin County Government Plaza, continued with a march down Nicollet Mall, ending at Simpson United Methodist Church at 28th Street and First Avenue in south Minneapolis. Minneapolis Mayor Betsy Hodges participated in the Government Center ceremony surrounded by several hundred gathered to honor the 158 homeless who died this past year, many of them alone.

The packed church crowd saw the signs with the names that had been carried down Nicollet Avenue deposited at the altar rail, heard the names read and watched as 158 candles were lighted in memory of the now missing.