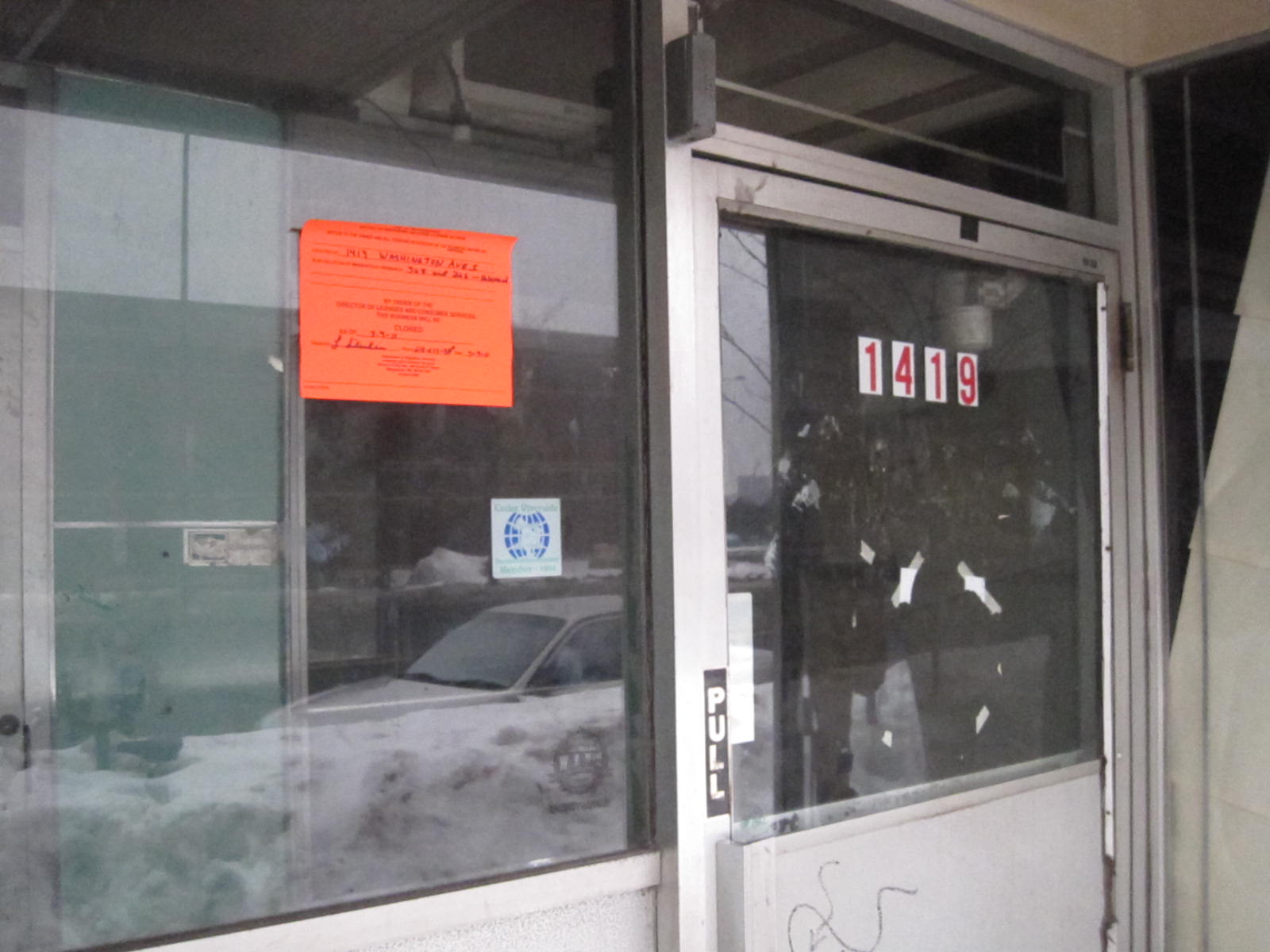 UPDATED March 12—The proprietors of 1419 knew their DIY art space was nearing its end, but they weren’t expecting the City of Minneapolis to put the last nail in the coffin. Billy Mullaney, one of 1419’s members and residents, said he came home on March 9 to see that a big orange sign had been placed on the front of the building by the City of Minneapolis, with notification that the property was in violation of two city ordinances (362 and 266, involving lack of licensure for serving liquor and charging an admission fee at the door). The Love Power building next door had the same sign posted on it. Mullaney said he was surprised. “I kind of got the impression that the city doesn’t do anything,” he said.

Mullaney said the residents received a text message from their landlords saying that both 1419 and Love Power had been closed by the City of Minneapolis, and that the events they had planned for 1419 would have to be cancelled, as would the events the landlords were planning—including one this weekend—for Love Power, “until this gets straightened out.” The residents have not been told they need to move out, just that they need to stop holding public events at the space.

Founded by a group of University of Minnesota students, the interdisciplinary collaborative 1419, housed in a rather dilapidated building across the street from the Southern Theater, has hosted art events, theater productions, bands, parties, and other events. It’s become hugely popular both for parties and for no-holds-barred artistic experimentation, but the popularity had a drawback. When their landlord, Surinder Singh, caught wind that the artists weren’t just putting on small student productions but were drawing in large crowds, he demanded they start paying more for rent.

1419 has been at a crossroads in the past few months, because different members of the group have had differing opinions about what they want to be, and where they want to go. Some wanted 1419 to grow into a legitimate organization, possibly becoming a nonprofit, while other wanted 1419 to remain without the restrictions that traditional arts administration models imply.  Besides, many of the members of the group are graduating.

“For a while we were going to dial down,” Mullaney said. “We always knew this building was in violation of several codes…every single administrative figure has abandoned their post.” Mullaney has continued answering e-mails, telling potential artists who want to use the space that it is available, though tenuous. 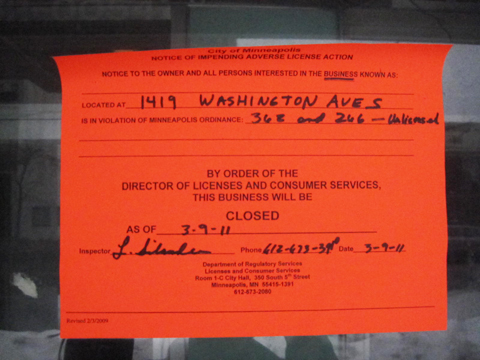 1419 has continued programming, recently hosting a theater series. Even the day they were given notice, a Swedish juggler came in to perform. They had a soccer tournament in the building last week. But conflicts with the landlord have increased, especially since Singh has begun renting out the space for parties. “But those events tended to be cocaine-fueled raves,” Mullaney said, with partygoers doing meth on the roof and openly having sex. “Those took precedent over our arts programming,” he said.

Mullaney said he was glad that it all ended the way it did. “I think it’s pretty great…because it’s not because we were stopped, it’s the landlord’s business.” He said that some 1419 members intend to go to legal services to get their rent back, though he admitted that they were never promised that their tenancy would include the right to hold public events in the space.

Garrison Grouse of Singh Brothers Properties declined to answer questions by phone but indicated that he would answer questions via e-mail. He has not responded to our e-mail, but told the blog LOL/OMG that “the allegations brought against these two venues are propagated under unjustified rumors…As a proprietor of music and culture events, and as a resident of Minneapolis; Love Power and its associates do not condone illegally solicited acts, such as: drug usage/ indecent sexual public acts. We are currently looking into the legal issues pertaining to both Love Power and 1419. Love Power is our immediate concern, and will be reopened as soon as possible, to continue arts/music events. At which time we will solicit a statement regarding 1419.”

As of March 11, organizers of the Laugh Power comedy show scheduled to be held at Love Power on March 16 were saying that the event would go on as scheduled; later that day, however, they announced that the event had been moved to the Jewel of India restaurant.