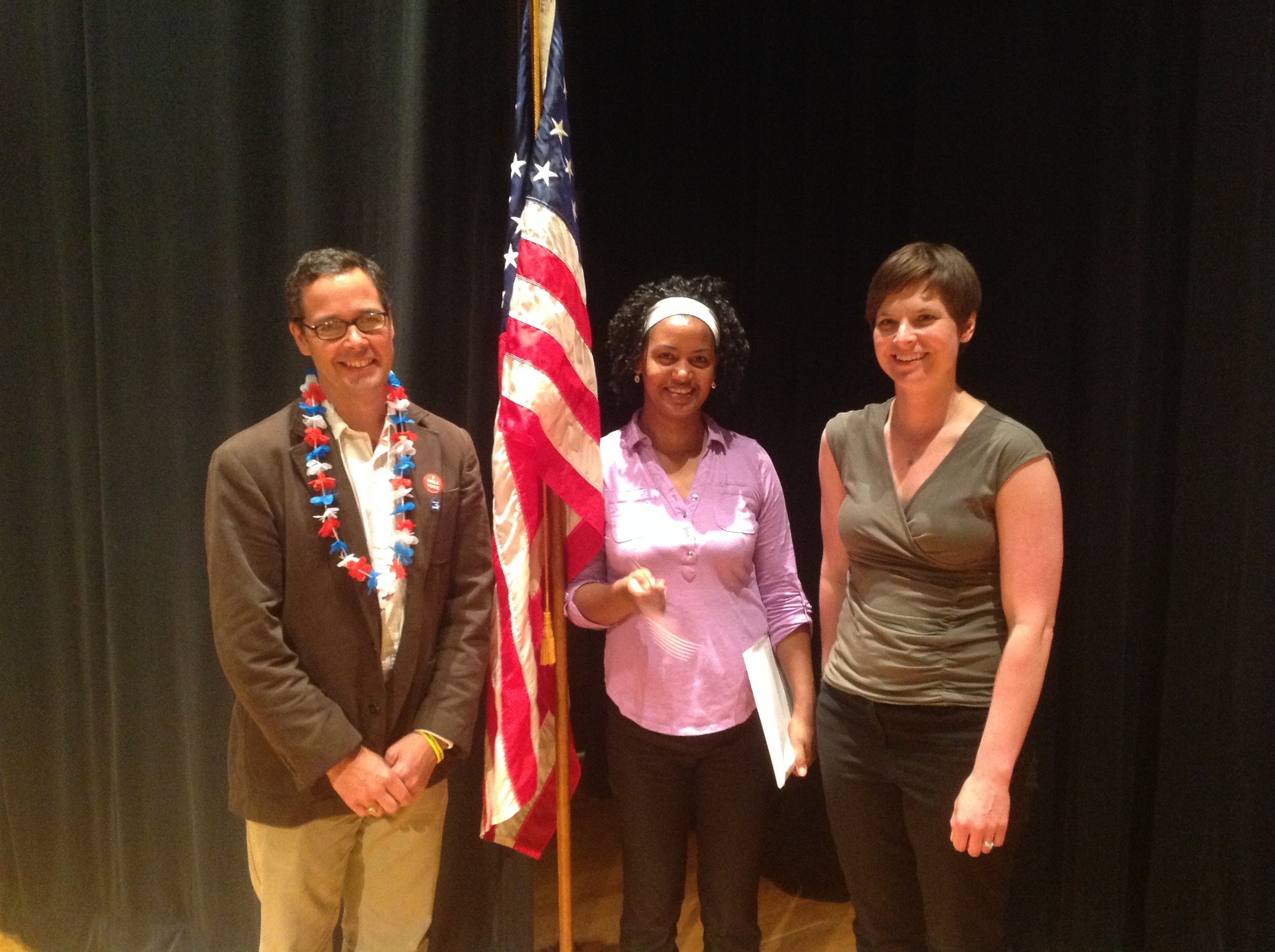 June 21, the longest day of the year was a happy day for 128 immigrants from 44 countries who stood proudly to take their oaths as new citizens of the United States. Standing together, they took the naturalization oath, promising to “support and defend the Constitution and laws of the United States of America against all enemies, foreign and domestic.”

Judge Jeanne Graham welcomed the new citizens and administered the citizenship oath. Frannie Franken welcomed the new citizens on behalf of Senator Al Franken, who was on duty in flood-stricken northern Minnesota. Said Ali, an aide to Senator Amy Klobuchar, delivered her message, and his own. Speaking for himself, Ali said, “I am a naturalized U.S. citizen and today I am speaking to you as a government official. I am proud to be a citizen, in the greatest country in the world.”

Secretary of State Mark Ritchie urged the new citizens to register to vote and to participate in elections. “You have set your roots deep for these beautiful children to be carried into the future,” he said, telling the new citizens that Minnesotans join them in “building the future for those who will come behind us.”

Zuriysh Liliga was one of nine immigrants from Ethiopia becoming citizens on June 21. She said she came to the United States on a diversity visa, commonly now as the visa lottery. She studied for the immigration test. For the complicated forms necessary to apply for citizenship, she had the help of Christy Brusven, a lawyer from Fredrikson and Byron who volunteers for the Immigrant Law Center of Minnesota.

Brusven also went to the citizenship interview at the U.S. Citizenship and Immigration Service (USCIS) with Liliga. Liliga said she was very nervous about the interview, but that it turned out to be quite easy.

Now she, like the other new citizens, is ready to take up the obligations of citizenship and vote — a League of Women Voters volunteer collected her voter registration form after the ceremony.

Secretary of State Mark Ritchie emphasized the importance of voting.