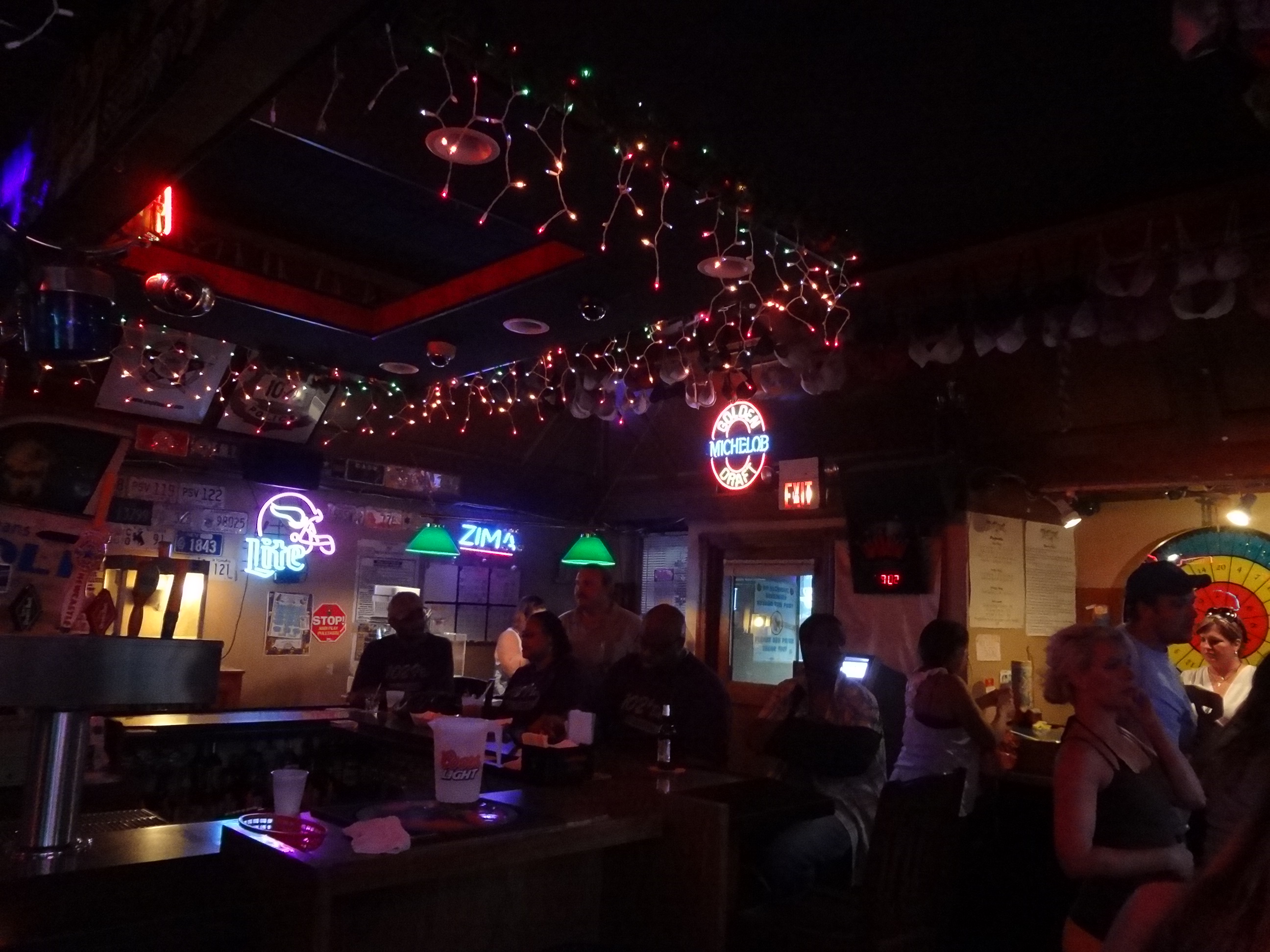 The first thing I noticed upon entering the 1029 Bar in northeast Minneapolis was the bras. Dozens and dozens of them, hanging from the rafters. Upon closer inspection, it turned out that many of them were autographed.

My curiosity got the better of me, so I asked our server – who was wearing a pink top with “Bar Babe” emblazoned across the back, how these items of intimate apparel came to be suspended from the ceiling. “Donated by customers,” she said. “Usually at the end of the night.”

I didn’t ask for any more details. 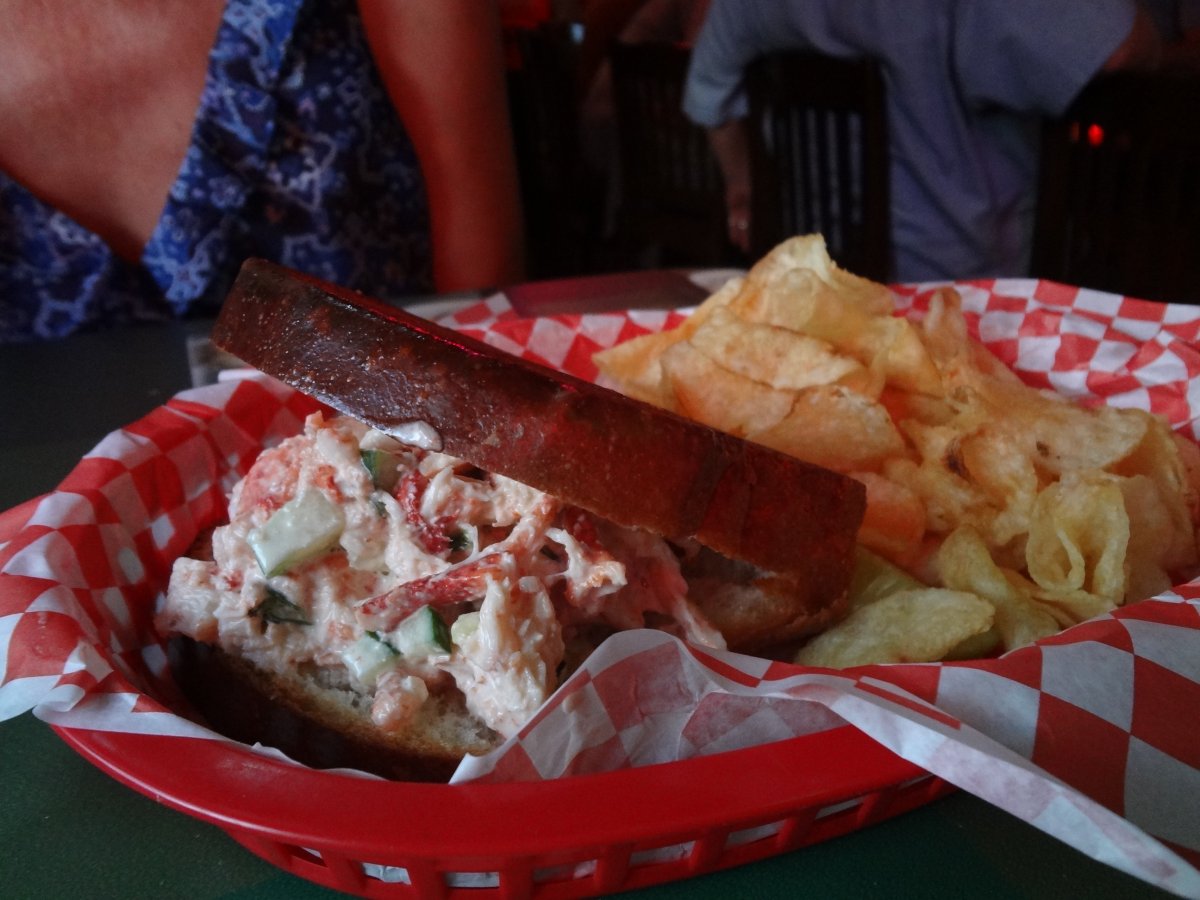 I only bring this all up because I am going to recommend the 1029 for their lobster rolls and shrimp baskets, and I don’t want readers with delicate sensibilities to arrive unprepared.

Actually, there is lots of other interesting decor in the bar, including a very impressive collection of police and sheriff’s department patches from law enforcement agencies around the country, as well as what look like genuine squad car doors from Minneapolis and New Orleans police cars, complete with bullet holes. (Again, I didn’t ask.)

At any rate, a neighbor at the CARAG neighborhood ice cream social tipped me off that the Smack Shack operates the kitchen at the 1029, offering an expanded version of the menu they offer on their food truck. 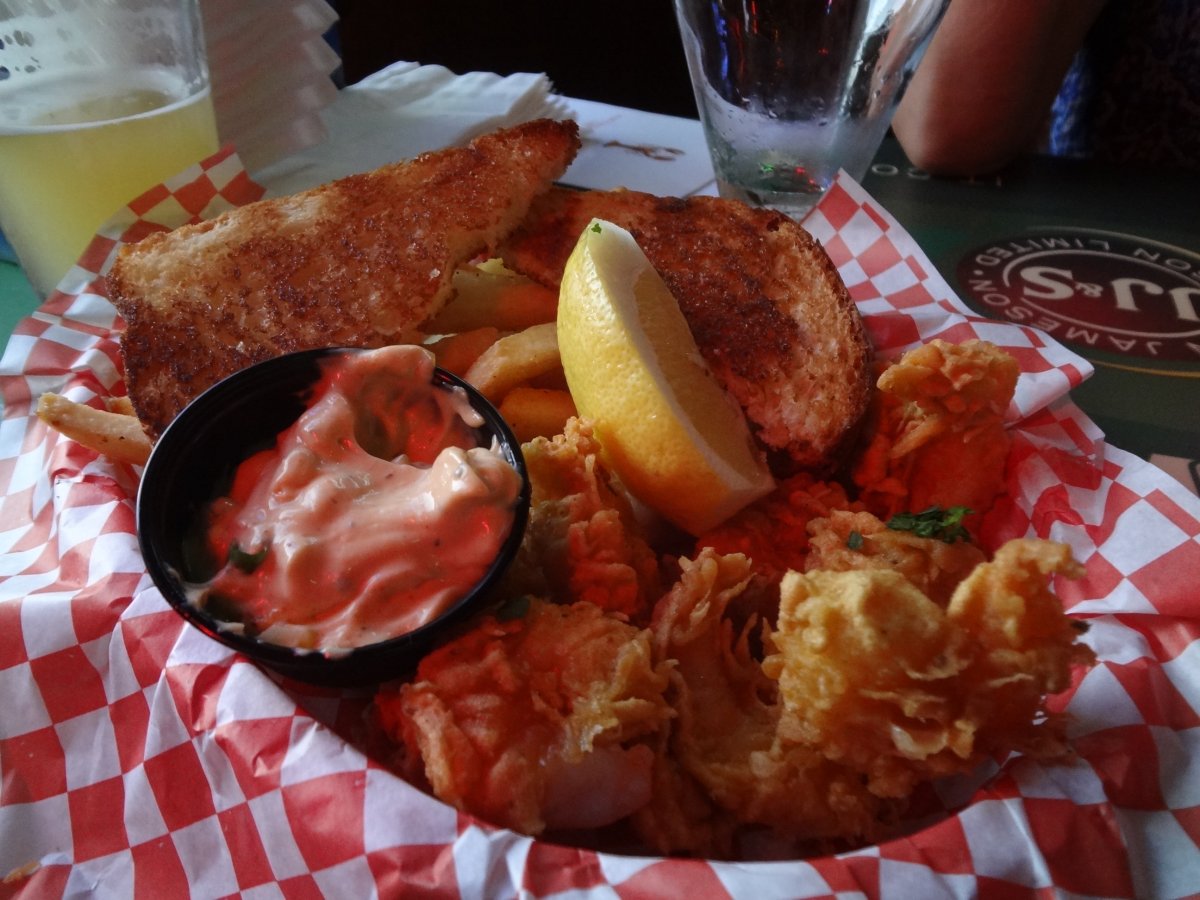 The lobster roll is a served in what the menu calls “griddled milk bread,” which is sort of like a thick slice of Texas toast sliced partways down the middle, and then stuffed with lots of lobster salad – big chunks of lobster meat blended with cucumber, tarragon and a lemon aioli. Rich and delicious. The king roll ($19) is the same thing, but with twice as much lobster. Served with kettle chips on the side. The shrimp basket was also a winner – about a dozen good-sized shrimp, coated in a batter that brought KFC extra-crispy to mind – crispy on the outside, juicy and flavorful on the inside.

We didn’t stick around for the karaoke, which happens Wednesday through Sunday nights starting at 9 p.m. According to their website, the 1029 has a high-tech karaoke system with  one of the largest song selections anywhere, and a remote request system that lets you submit your karaoke song requests via touchscreen or using your smartphone. Other entertainment includes pull tabs, tri-wheel, bingo, meat raffles every Friday at 5:30, and bingo every Tuesday at 6:30 p.m. and Saturday at 2 p.m.