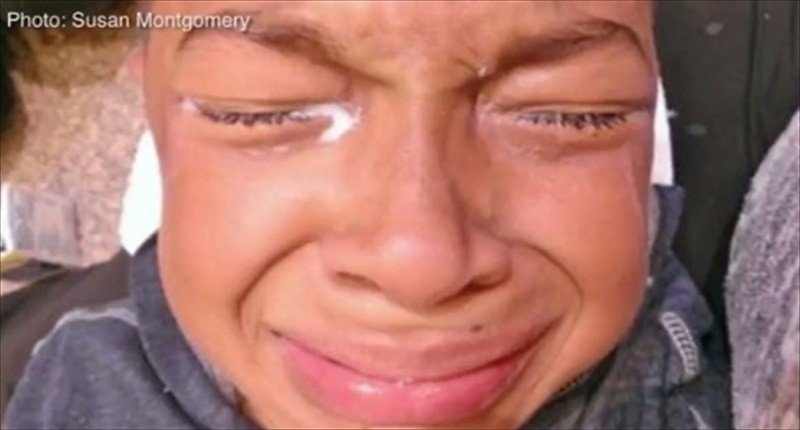 A 10-year old boy was among protestors subjected to spraying of a harsh chemical irritant by a Minneapolis Police Department officer Wednesday night. About 100 people took to the streets in downtown Minneapolis, marching in support of Tony Robinson, killed in March by a Madison, WI police officer. The street protest was to show solidarity for protesters in Madison, WI who are angry that a police officer would be charged for the killing of a 19-year-old man.

Social media videos capture scenes of a police officer spraying protestors. Outraged, some protestors and community members are demanding action be taken against the officer.