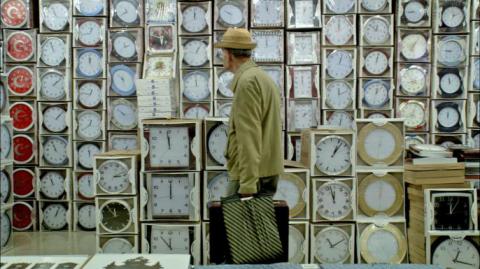 In this story of two Istanbuls, the old vistas vs. the manic present, Mithat, an elder in the increasingly young city, struggles to preserve the city’s rich past through otherwise mundane possessions. Mithat befriends new caretaker Ali, a provincial Turk who hopes to usher his family into the new era stocked with the comforts of urban modernity. When a minor earthquake incites his neighbors to demand demolition and reconstruction of their apartment complex, the octogenarian stands his ground. In her first feature-length fiction, veteran documentarian Pelin Esmer extracts deft, honest performances from her amateur cast, including her own Uncle as Mithat. 10 to 11 takes hold just as Mr. Esmer takes up battle for a city that’s slipping away from him.

A clash of generations portrays a divided Istanbul in this winner of the FIPRESCI award (International Critic’s Award) at the Tromsø Film Festival.