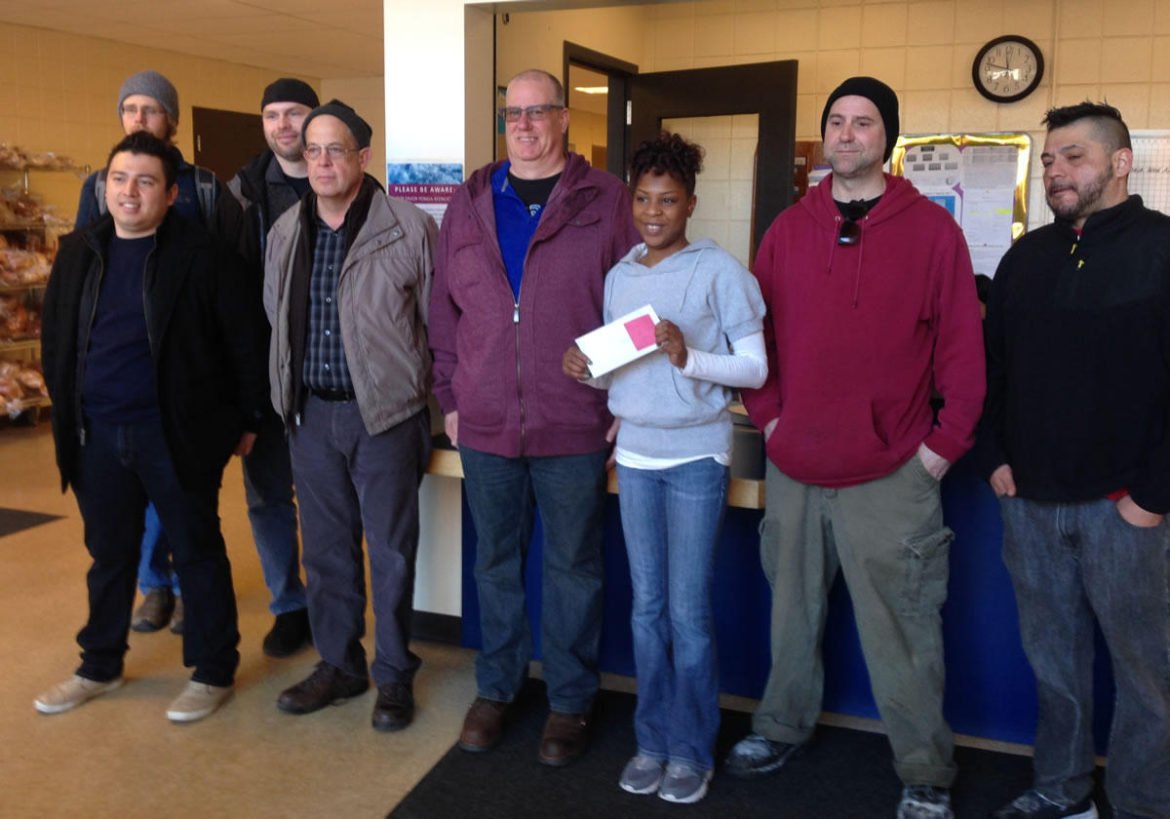 Franklin Street Bakery workers and representatives of the Bakery, Confectionery, Tobacco & Grain Millers Union and the Minnesota AFL-CIO presented a check for more than $1,000 to support the food shelf at Waite House in south Minneapolis. Workday Minnesota photo.

Last Tuesday, Ned Neterval and other workers from the Franklin Street Bakery presented a check for $1,200 to the Waite House in south Minneapolis which they raised from their their “Taste of Justice” event. Andrea Nettles, basic needs coordinator at Waite House, said the money will be matched dollar-for-dollar by Minnesota Food Share to support giving during March, which is typically a slow time for food shelf donations.

At the same time, they also called on their employer to sign a neutrality agreement so they can unionize to improve their wages and working conditions.

“Workers say they want a union and a fair contract – not charity. They called on the bakery owners to sign a neutrality agreement whereby they would agree to recognize a union if the majority of workers sign cards authorizing one.”

Find out more about the worker’s plans to create a more fair work environment at Workday Minnesota. 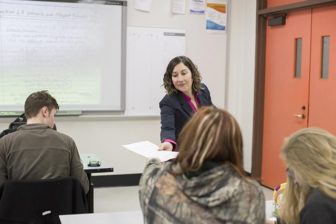 Nina Bohrod is one of the STEM Chicks leaders

Because of this, Anoka-Ramsey Community College is trying to address the problem by creating a new club called the STEM Chicks. STEM Chicks is a club that tries to encourage women’s participation and interest in STEM fields by providing role models.

Find out more about these three exceptional women and how their work has influenced women trying to work in a STEM field at MinnPost.

The use of deadly force is permitted in Minnesota to resist or prevent an offense when someone “reasonably believes” the offense exposes them “to great bodily harm or death” or prevents the commission of a felony at their residence. Authority to use such a defense mechanism could expand.

Sponsored by Rep. Jim Nash (R-Waconia), HF238, as amended, would provide Minnesotans greater rights to use deadly force while defending themselves or their home.

The so-called “Defense of Dwelling and Person Act of 2017,” would justify the use of deadly force to resist or prevent:

Read more about this controversial bill that just passed the House Public Safety and Security Policy and Finance Committee at Session Daily.