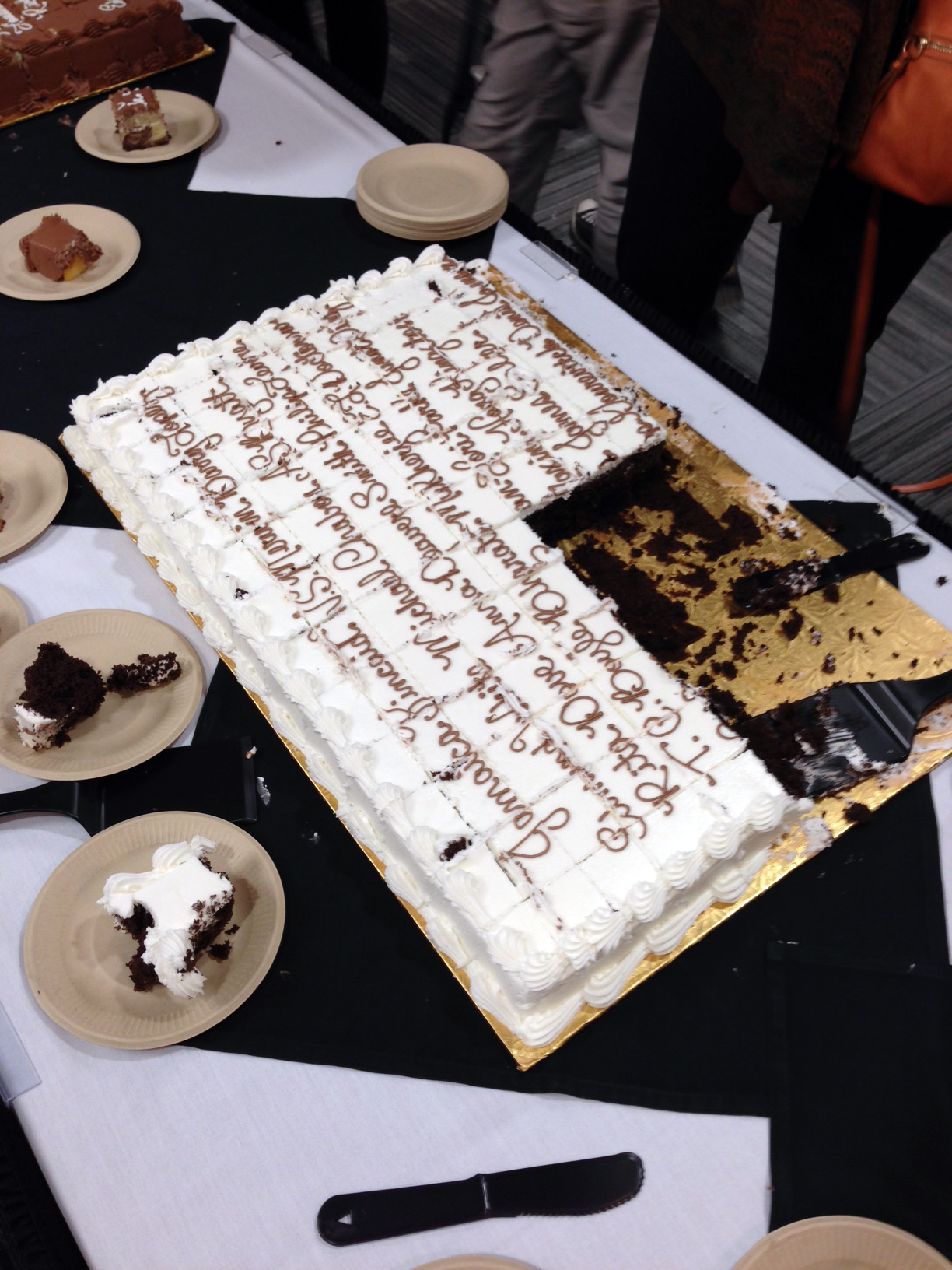 “People who write on the Internet are not idiots,” said Zadie Smith by way of concluding her remarks October 23 at the University of Minnesota’s Coffman Memorial Union. With that benediction, I stood up from the spot on the floor that had been my vantage point in the over-capacity theater and walked out, grabbing a slice of literary cake on my way.

Smith, presenting the annual Esther Freier Endowed Lecture in Literature, answered several questions after delivering prepared remarks on the general subject of why one might want to be a writer—and what, exactly, that means. Though the acclaimed author reached back to sources including Alexander Pope and George Orwell, the elephant in everyone’s pockets was the Internet. The 36-year-old Smith, whose breakout debut novel White Teeth was published in 2000, belongs to the first cohort of writers who can’t ignore the rapid changes that the Internet is precipitating in the nature and distribution of literature.

Though she’s on record as a Facebook hater, in Minneapolis Smith sounded optimistic about the possibilities afforded by the Internet generally. She spoke positively of the quality and rigor of online literary criticism, and she said that she enjoys the creativity encouraged by Twitter, where during the presidential debates “you can see a nation becoming funny together.”

Ultimately, she concluded, what fundamentally defines a writer won’t change all that much: a writer is one who cares about language at a granular level, who can and does construct quality sentences that are assembled into compelling bodies of prose. New technology is making the means of distributing self-expression available to a far wider swath of the population, but writers will still be writers even if Random House and all its peers collapse.

Smith’s historical perspective was even-handed: as she illustrated via excerpts from a testy essay by Pope, specimens of the put-upon, thin-skinned writer existed long before there were trolls to leave anonymous comments or a Wikipedia to misstate facts. People who live in intimate relation to the written word, who aspire to (and sometimes succeed at) making a living by artful construction of sentences, have been dealing with upheavals in working conditions and job description from the days of stone and papyrus through the invention of the printing press and the development of the modern publishing industry. With text messages, chats, status updates, and e-mails, writing is more central to daily life—and in that respect, more important—than it’s ever been before.

At the end of her prepared remarks, Smith touched on another quality that differentiates writers in the literary sense from writers in the pragmatic sense: the quality not of self-absorption or self-actualization (often thought to define the role of writer) but of self-transcendence. The gift of the great writers, suggested Smith, is not so much self-expression as the ability to be multiple selves, and to allow readers to find themselves in that books—or e-books—they clutch tightly to their chests.