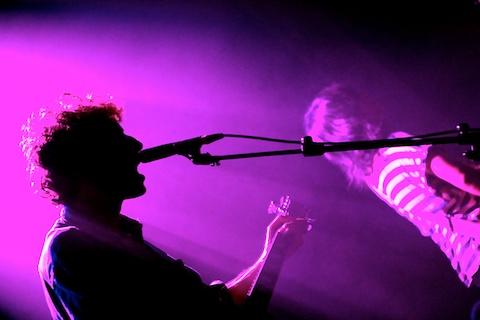 Photos of Yuck by David McCrindle

Perhaps it was the record-breaking levels of humidity on July 19 that kept fans and bands alike practically stark still throughout Yuck’s first headlining show at the Varsity Theater, but there appeared to be discord between the London-based band’s sound and their physical presence (imagine the scene where the Smashing Pumpkins are playing in the “Homerpalooza” episode of The Simpsons)—something that was also true of the supporting acts. Still, what Yuck lacked in onstage energy and physical movement, they more than made up for in shoegazey nostalgic rock during their short, rousing set.

The night was actually a triple bill, starting up with Young Man, a band out of Chicago whose sound recalled (for me) the least annoying things about Vampire Weekend and the dreamiest things about Wilco’s Yankee Hotel Foxtrot album. With most of their songs (their EP Boy is available in its entirety on SoundCloud) running into the six-minute territory, it’s fortunate that Young Man’s drummer is such a mesmerizing performer. If you’re going to be at Lollapalooza; if your parents listened to a lot of, I don’t know, Strawberry Alarm Clock?; and you want to slow it down for a second (that’s a heady checklist, I know), you’ll probably want to check these guys out.

Pitchfork darlings Unknown Mortal Orchestra, a band I otherwise wouldn’t have listened to based on their name alone, came on next and played their whole set with the lights off. I’m sure true fans told themselves this was an effort to cool down the sticky theater, but even when it’s so hot outside that you feel you can finally relate to biblical hero Jonah because now you know what it feels like to live inside of a mouth, I mean, really, bands. People pay monies, and find Dinkytown parking, and look forward to a late night slice of Mesa because they want to come to a live show to see you. What are you, Ray Lamontange? This intentional darkness was so irksome, particularly to any photographers in attendance, that it made me not even really want to listen to them—but when I did, I was pleasantly surprised with super catchy, fuzzy Scissor Sisters-like hooks, especially in their set closer “How Can U Luv Me?” After doing a little more reading (they are pretty entertaining on Twitter) and giving the songs a second listen, I’ve really warmed to the varied sounds of the Portland-based trio.

Finally Yuck took the stage looking like a veritable United Nations of hip and proceeded to kick out the jams. Well, not kick so much as shuffle. They shuffled out the jams. The crowd seemed to thicken as they began the set with noisy nod-to-the-90s (to some extent all their songs could be characterized this way) anthem “Holing Out” and powered through their shy-of-an-hour long set with songs off their new self-titled release (including the song “Shook Down,” which sounds like it was written by Evan Dando). The band were wise to take bits of time aside for some slower, more thoughtful moments like those produced during their performance of the Elliot Smith-tinged “Suicide Policeman.” The set continued to build nicely to a fever pitch with Yuck’s deservedly popular single “Get Away,” which did just as good a job revving up the audience as it does in introducing the tone of their eponymous album, on which it’s the opening track.

Yuck walked off amidst the screeches and buzzes of guitar feedback, giving an appropriate end to this altogether camera-shy “we’re not worthy” (or maybe “you’re not worthy,” depending on how favorable your view of these bands is) type of show. It’s so hard not to draw comparisons to Dinosaur Jr. and Teenage Fanclub (I’m about the 1,000th person to do so) when listening to this band, but at this scorcher of a performance Yuck certainly proved they have their own identity. 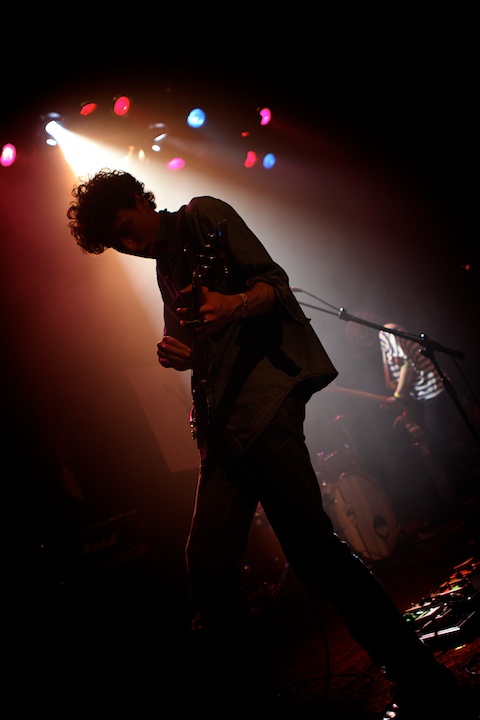 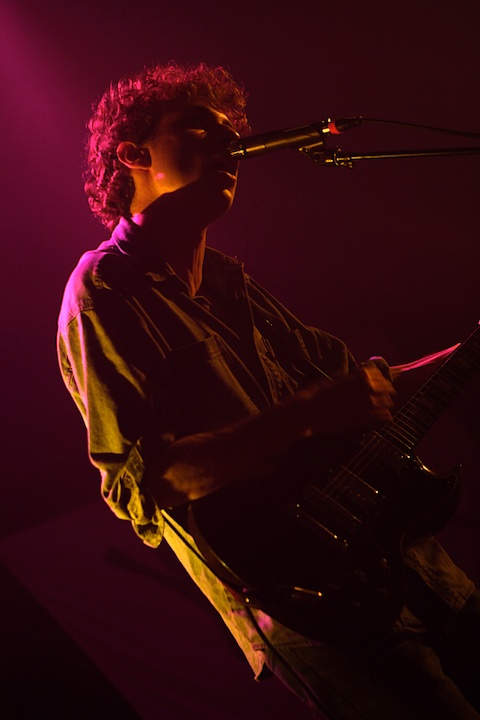 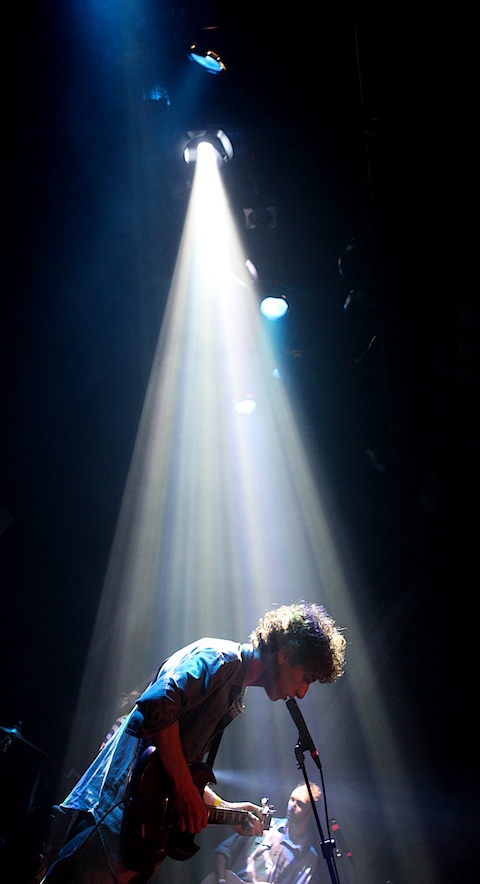 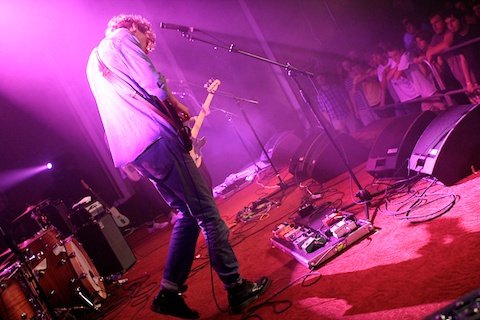 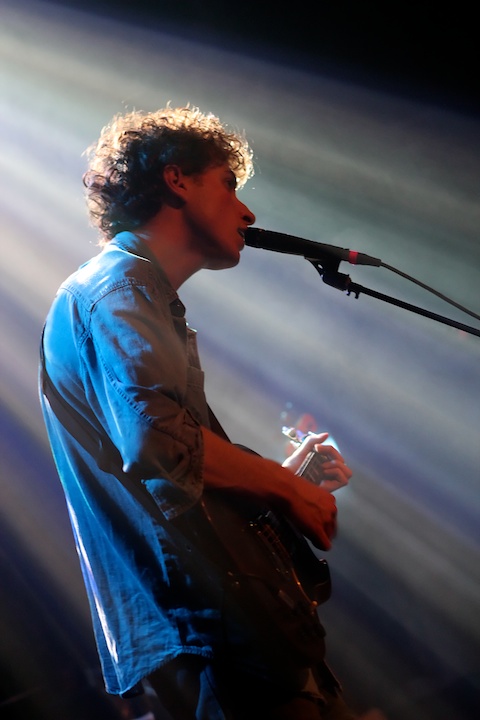 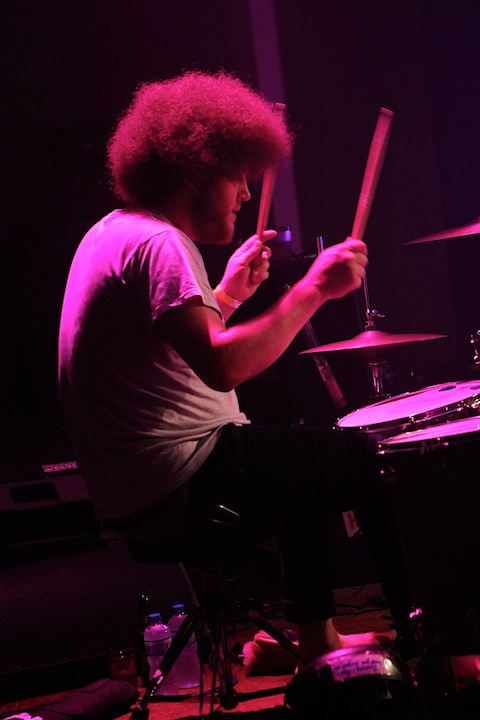 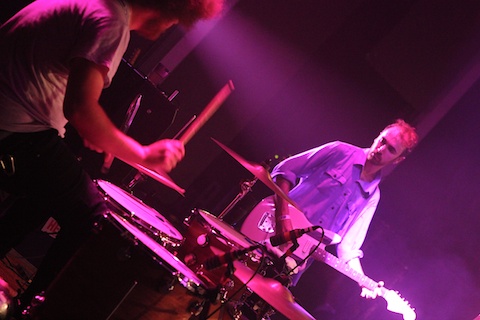 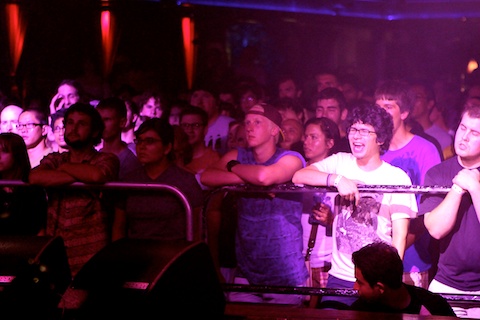 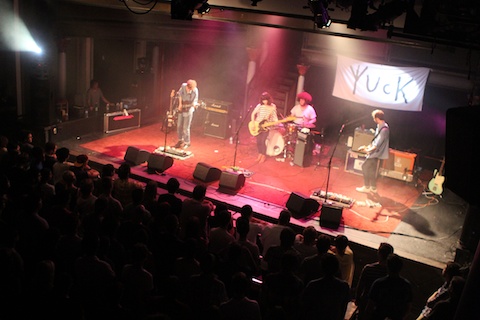 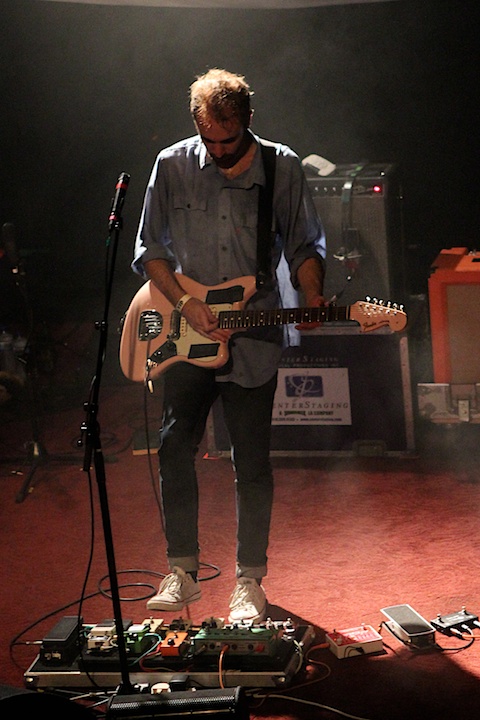 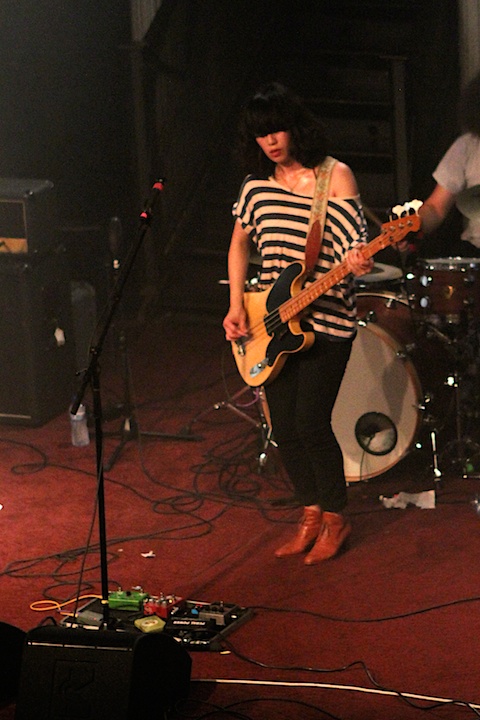 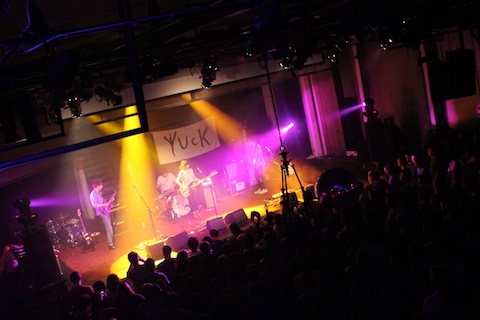 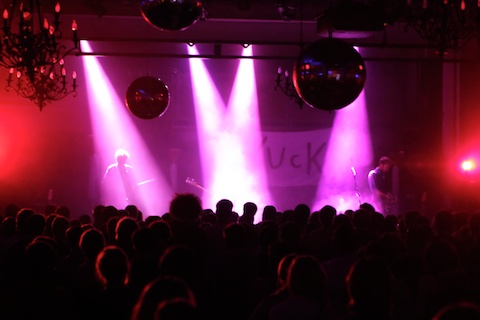 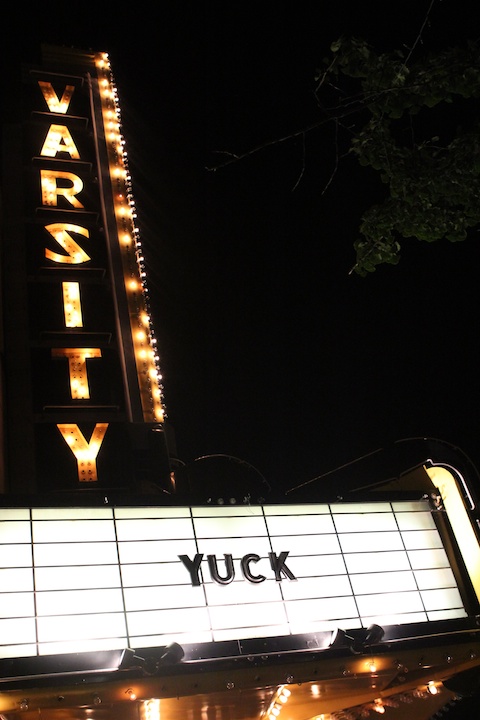