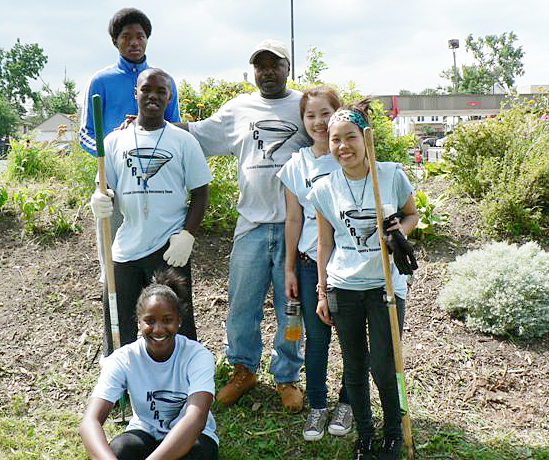 According to the Minneapolis Foundation, over $200,000 in grants were awarded to three local entities just days after the May tornado hit parts of North Minneapolis to assist in the community’s recovery.

The supplies were distributed over a three-day period (May 27-29) at a disaster recovery center set up at Farview Park, reported MDHFS Commissioner Gretchen Musicant. “I think it was a great combination to come together and identify those needs, and the Minneapolis Foundation to help us with those needs,” she noted, adding that the entire grant was spent during the effort.

Urban Homeworks also received two post-storm grants totaling $60,000: $50,000 to make repairs on damaged homes such as tarping roofs and electrical work, and $10,000 to help certify businesses owned by Blacks and other people of color for the repair work. Twenty-seven contracts went to local businesses and firms owned by people of color, and 10 contracts went to such firms not from this area, said Homeworks President/Executive Director Chad Schwitters.

There were 37 “uninsured” homes that were identified. Homeworks completed work on 35 of these homes, which included tearing down 14 severely damaged garages, Schwitters added.

Homeowners who couldn’t afford to obtain clean-up services got much-needed “man and woman power” from the young people, she pointed out.

Support from the foundation and several other sources enabled EMERGE and other collaborating organizations to employ 150 youth aged 14-21 for seven weeks “providing support to individuals impacted by the storm, planting vegetables, and developing a magazine that documents the effects of the tornado,” according to a press release. Each youth worked 28 hours weekly and was paid $7.25 per hour.

“It’s good to help people get their lives back together,” said 16-year-old Jamal Brown, a North High School student who was among the youth work crews. His family also was affected by the storm: “Some of my family had to move out of town. [My remaining family members and I] had to find a different place to move to,” said Brown.

“They’re hard workers — they understand what this is all about,” observed Bryant of the Northside teenagers. “This is their own community.”

“I’m from this community, and it’s good to give back to it,” noted Brown.
“We are trying to help as much as we can,” said Tianna Mitchell, mother of a 10-month-old daughter who also was affected by the storm. The 20-year-old Mitchell was a member of a “super crew,” which consisted of older youth who were specially trained.

“We have them working with chain saws, climbing ladders, and [using] different types of tools,” explained Mel Dinweston, who supervised the crew. “We are tearing down garages [damaged by the storm] and doing whatever we need to do to get things back to where it was.”

He said he is impressed by the young people’s work ethic: “Everybody shows up on time, and we’ve never had a problem — they just dive right in. It’s not a guaranteed thing to find [young] people with that kind of work ethic. A lot of people have to be taught, but every one of these people is really good.”

Bryant was impressed as well. She recalls one time this summer when she had to send the youth teams home due to extreme heat conditions, “and they didn’t want to go,” she said. “I think they are very appreciative to being able to work.”
“We are not working hard, but working together at a good even pace,” said Dinweston of the youth work crews. “It’s amazing how much work we get done.”

The MSR last week contacted the Minneapolis Foundation to ask how they are accounting for the awarded funds. Community Philanthropy Vice President Karen Kelley-Ariwoola responded via email that her organization expects reports in September on how the funds were used.

“Each grantee is required to submit a final report,” she explained. “A reporting form has been provided to all grantees. The Foundation will use this information to report back to the community on the progress of the [Minnesota Helps] fund.”

“We put that [money] all on the streets,” said Schwitters of the Minneapolis Foundation grant his organization received, adding that his group also received funds from other sources to help in the tornado recovery efforts.

As we neared our press deadline, the Northside Community Response Team’s leadership provided the following information on sources of $372,000 raised by the group for summer youth employment: