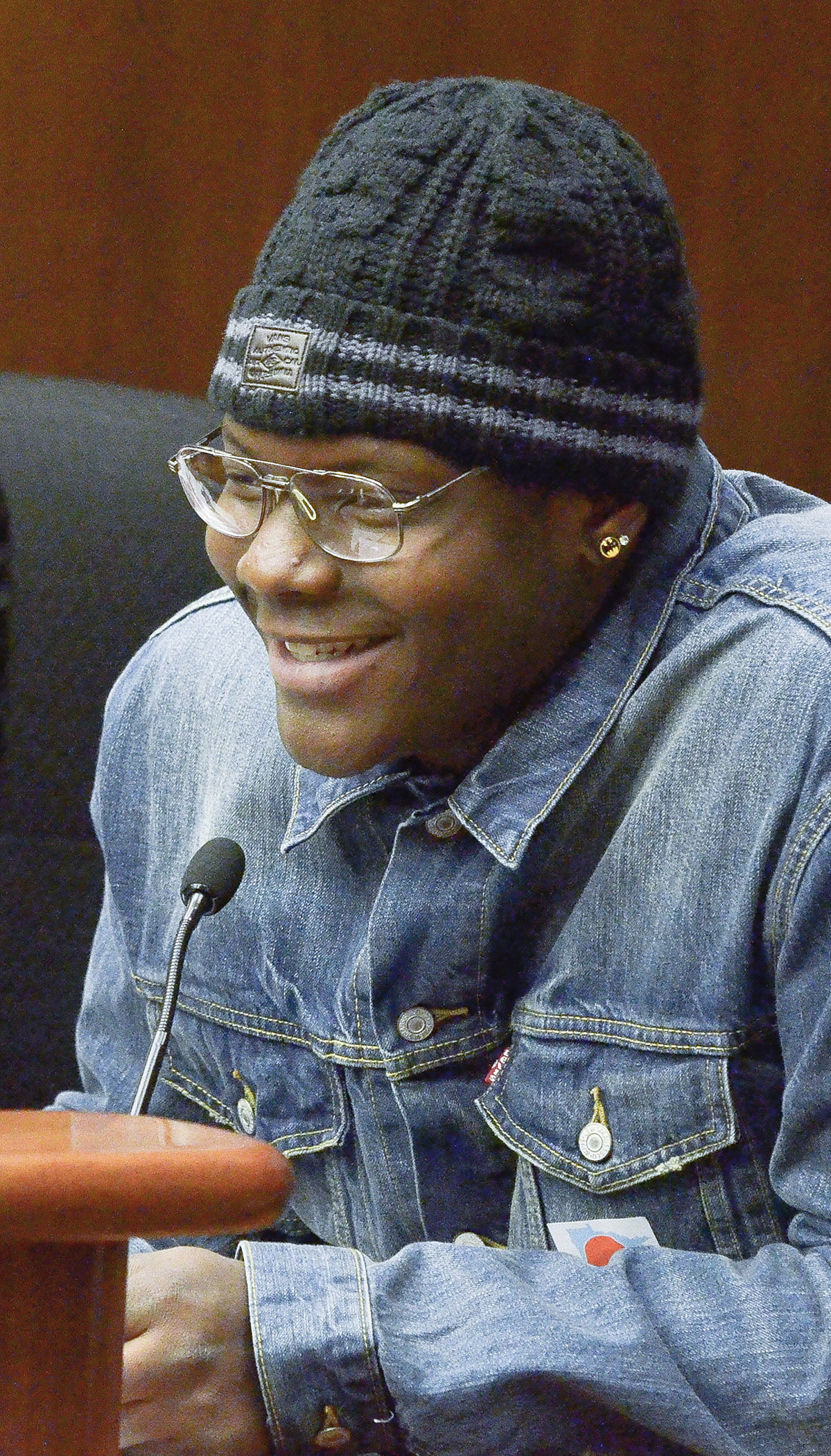 Deaundre Dent was 14 when he became homeless. He and his mom didn’t see eye to eye because of what he described as his own questionable decision-making, and he was kicked out of his home, he told state lawmakers.

But Dent was lucky enough to find help, and his life got better. At age 20, he’s in college, he has a great relationship with his family, and he’s got a good rental history, he said Tuesday, testifying before the House Early Childhood and Youth Development Policy Committee with YouthLink, which helps homeless young people.

YouthLink was one of numerous groups that turned out to support a bill that would provide additional funding to the cause of ending youth homelessness in Minnesota.

Sponsored by Rep. Laurie Halverson (DFL-Eagan), HF698 would modify what would be renamed the Homeless Youth Act, an existing law that she said has been partially – but never fully – funded. The bill would send $8 million to the Department of Human Services over the next two years to support the Act, and add that amount to base appropriations in future biennia.

The bill would create a Homeless Youth Act fund and allow the department to award grants to providers who serve homeless youth, provide street and community outreach, and run emergency shelters and supportive housing.

Every night in Minnesota, some 2,500 young people are homeless, Halverson said. “One child in that situation is too many,” she said.

Some of those young people have a safe place to sleep, but many don’t. For the unlucky ones, recent shelters have included a bus depot in Rochester and an ice-fishing house in Brainerd, homeless advocates said.

With adequate funding, “We stand a chance of actually solving this problem in Minnesota,” said Jodi Harpstead, CEO of Lutheran Social Service of Minnesota.

No one testified against the bill, but several legislators had questions and suggestions. Several recommended amending the bill to increase accountability and better measure the results of the programs that would get the money. Halverson said she was open to working with colleagues to craft language along those lines.Homeless Youth Act,