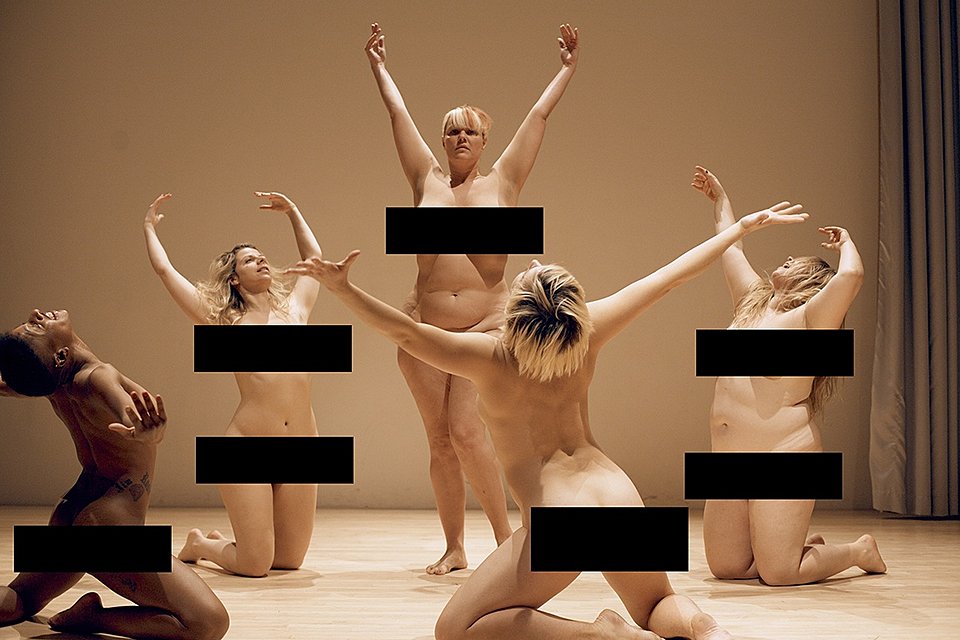 It’s tempting to say that Young Jean Lee’s Untitled Feminist Show wouldn’t work if the six performers weren’t all naked for the duration of the show—but it’s more precise to say that the performers’ nudity is the show working. Once Lee and her ensemble hit on the necessity of nudity, in fact, it must have been hard to imagine the show not working, no matter what the six women ultimately did on stage.

It’s not that the skits and dances enacted by the performers are irrelevant to the show’s effect, but that the nudity so completely defines the show that at a talkback after Friday’s performance at the Walker Art Center (where the Walker-commissioned show is having its premiere this weekend), no audience member asked any questions about what the women actually did onstage—all the questions were about the ideas behind the show and about the experience of performing nude.

What do they do? Well, mostly, they dance: Lee, a New-York-based theater artist, worked with Faye Driscoll and Morgan Gould to create the movement in a show with no spoken dialogue; the music is oddly uncredited, but sound designers Chris Giarmo and Jamie McElhinney draw on sources ranging from classical music to the Magnetic Fields. A workshop video showed the performers dancing to 2 Live Crew’s “We Want Some Pussy,” but nothing so jokey or literal made it into the final mix.

The dance styles also range widely. The movement includes balletic ensemble pieces, collective shimmying in orgy-like contortions, comedic schtick regarding male genitalia, and a mimed play about—how shall I say—hunting and gathering. It’s an episodic piece, and it could be adapted in any number of ways without altering its basic impact.

What’s that impact? Well, at the talkback one of the audience members mentioned that a number of viewers wept, and Lee said she has that reaction too. “I don’t know why,” she said, but she thought it had something to do with “female bodies just completely owning a space.” You may weep, or you may laugh, but you won’t be bored, and—I don’t think I’ve ever said this about a show before—you won’t leave the theater unchanged.

It’s an oft-repeated fact about Lee that when she sets out to make a new show, she always chooses the subject she least wants to address. In this case, that subject was feminism—a subject that’s been addressed by legions of writers and performers. What, in 2012, is there left to say about feminism? A lot, as it turns out—and Untitled Feminist Show finds its eloquence wordlessly. This is an essential theater-going experience.