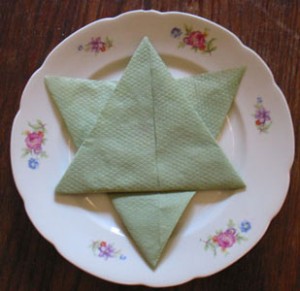 Growing up, we didn’t talk about it. The Holocaust entered my life through a second-grade teacher in Jewish day school who began telling us the horrific memories she couldn’t forget.  When I shared these memories with my parents they acknowledged that yes, they had happened, but didn’t elaborate. At nine, I read Anne Frank’s diary— and then a raft of movies and books on the subject seemed to be everywhere. As a Jewish child, I became completely immersed in them.

As an adult there came a point where I stopped reading these books and seeing movies or plays; I could see them without reading them, feel them without knowing them. What concerns me more these days is not so much the Holocaust—terrible though it is—but the way we live now, and where the Holocaust left us.

For me, this leads to my sister.

As a child she experienced anti-Semitic taunts and cruelty from other kids in her neighborhood, where she and my parents lived until she was five. The children tied my sister to a tree, calling her a dirty Jew and forcing her to eat dirt and rocks. She was not even four when this happened and can’t tell the story now without crying. Listening, I want to cry too.

As a teenager my sister went to social events at my parents’ synagogue, but these were mostly secular and she did not attend day school. Jewish prayers, songs and stories did not capture her imagination or even curiosity—so it was no surprise when she married a Catholic man and celebrated Christmas instead of Hanukkah.

What was a little more surprising—at least for me—was the decision to baptize her daughter at age twelve. When most Jewish girls would celebrate their bat mitzvahs, my niece joined the Catholic faith. While my sister said she didn’t believe in the baptism rite or even Catholicism, she was drawn to it through the love her daughter received in her husband’s family and the family of her daughter’s babysitter. Something else moved her too: the idea that it was a lot easier to live in the world if you weren’t Jewish.

If I wanted to argue with her, I had Yom HaShoah to prove me wrong. There were innumerable other examples, including my sister’s memories of being attacked as a three-year-old. Even memories of my son hearing anti-Semitic slurs when he wore a kippah to public school reminded me that for many people, Jewish customs and traditions are to be scorned. I also had my own experiences—including a New York morning on the subway when an African-American man, noticing a Star of David around my neck, proceeded to call me a “fucking Jew bitch” and “dirty money-grubbing Jew whore” until I got up and left the car. I could go on and on, but all these stories just come back to the same thing: it is easier, or it can feel a lot easier, not to be or admit you are a Jew.

My sister’s decision had no effect on my love for her or her child, and they both knew how much I adored my niece’s Catholic father. What did affect me profoundly was the notion that somehow we can throw off our heritage and disengage ourselves from it without looking back. People killed in the Holocaust thought this was possible too, protesting when the Gestapo came after them. So much Holocaust literature is filled with people saying, “But we were so German! We celebrated Christmas! We were baptized!” And they were.

The philosopher Hannah Arendt, who grew up saturated in German culture before the Holocaust, was raised in a home where the word Jew was never mentioned. Are the brilliant books she wrote tainted by her prejudice against non-German or religious Jews? I believe they are. But was she given even the smallest amount of pride in being Jewish? Not by her parents or the times she lived in.

What about our times? Are they still essentially the same? If baptism could save my niece from a lifetime of pain and prejudice, why wasn’t I applauding it? When my sister told me her plans I couldn’t help but wonder if some of the hatred transferred to us by other people has been internalized. The American melting pot, the changes of the sixties and subsequent decades were supposed to make religion superfluous in some ways, to make the idea of “Jew” or “Christian” obsolete. The state of Israel was supposed to make Jewish people stronger, and for some, well, maybe it did.

But something keeps nagging at me.

We are still growing up in an atmosphere where we are excoriated, a lot or a little, for being Jews. It may not happen as often as it did to our parents; for some it may only occur occasionally and if you’re lucky, not at all. But the shame we feel when it does occur has somehow survived Israel, the Jewish-American revival in American schools and synagogues, the amazing music, books, prayers and rituals we have celebrated and recreated and a lifetime of learning about the Holocaust. What this means to me is that something is still missing; something we are ignoring, though as Emma Lazarus once said, it is waiting for us like a beggar,  waiting and hoping we’ll turn around.

Emma said the beggar was God.

I cannot speak to the choices we make about religion; but I do not think we can ignore the rich and complex heritage Judaism has brought to us without losing a very crucial part of ourselves. And even if you kill us, that part will still survive.

On Yom HaShoah, we are asked over and over to remember the Holocaust—but I don’t think it’s enough any more. We need to remember what we have as much as what we lost; how we observe Shabbat  and speak Hebrew; and the very particular way we learned, in prayer and in synagogue, to speak to God. If we don’t, we may still have the potential to be brilliant, like Hannah Arendt; but that brilliance will be hollow if all it is filled with is shame.

Whether it is easy to be a Jew may not really matter.  It is what we discovered and what we’ve always known, before and after the Holocaust; we are here; we are Jewish; and we are who we are.

Eds. Note: Yom HaShoah, Holocaust Remembrance Day, will be commemorated this year on May 1, 2011.  For more information on the community wide ceremony and events surrounding Yom HaShoah, visit the TCJewfolk events page.