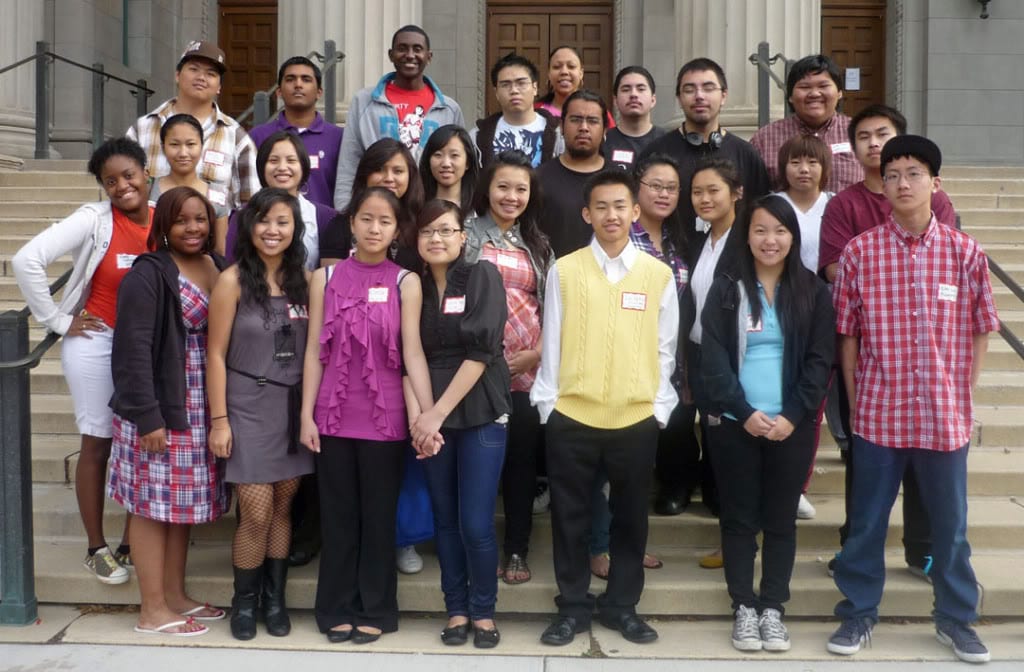 At Patrick Henry High School, 37 seniors were tutored by Nou Vang, herself a former student of Patrick Henry and a recent graduate of the University of Minnesota - Twin Cities. (Photo from Admission Possible website)

Maximino Garcia Marin, a 2010 Patrick Henry High School graduate, will be the first person in his immediate family to attend college. He is one of the success stories, and one of this year’s 667 graduates, of the Admission Possible program, now in its tenth year and growing.

Admission Possible is a program that works with high school juniors and seniors from low-income families to help them focus on raising test scores and getting college admissions and scholarships. According to Admission Possible, “Nearly 80% of our students who enrolled in college are still working toward their college degree or have graduated. … By comparison, only 7% of all low-income students nationwide earn a college degree by age 24.”

Garcia Marin is ready to become one of the Admission Possible success stories. Born in Mexico and raised in Minneapolis, he joined the program on the recommendation of a friend after he transferred from Bloomington Jefferson High in his sophomore year. He said he thought, “if it was going to help [me] get into a good school, it would be worth it.”

During his junior and senior years, Maximino completed 320 hours of college preparation under four hours of weekly mentorship. At Patrick Henry, 74 other students from the class of 2010 were also enrolled in the program.

Along with Garcia Marin, 36 other seniors were tutored by Nou Vang, herself a former student of Patrick Henry and a recent graduate of the University of Minnesota – Twin Cities. Vang was also the first in her family to attend college. In retrospect, Vang said she regrets that she lacked awareness of other options as well as the variety of scholarships.

After researching his options earlier this fall, Garcia Marin decided to apply to six schools. “Thanks to Nou,” he said, “I had the advantage of finishing all my applications early…I wouldn’t of been able to do it myself.” Garcia Marin will be a freshman at Augsburg College where he plans to follow his passion for studio arts.

According to data from an independently conducted audit by ICF International, the ACT scores of 690 high school seniors from the Admission Possible class of 2009 rose from a mean composite of 14.40 to 17.63, based on an ACT pre- and post-test taken over the course of their junior year. That same independent study verified that 99 percent of the Admission Possible class of 2009 was accepted into four-year colleges.

On average, students of Admission Possible each receive approximately $4,650 in scholarship aid for their first year in college.

Of the program’s 667 graduating seniors, 183 are from Edison, North, Patrick Henry and Roosevelt High Schools-four of the Minneapolis district’s seven public high schools.

In a newsletter released this January, Admission Possible founder and chief executive officer Jim McCorkell announced the program’s expansion to as many as ten cities by 2015.  In 2008, five AmeriCorps VISTA volunteers joined a small leadership staff to help establish an Admission Possible branch with three Milwaukee high schools. Since then, the Milwaukee branch has incorporated a fourth school in its program as part of the expansion plan, adding 190 participating students to Admission Possible’s total enrollment.